If you read Haaretz, you know there’s (yet) another progressive Jewish American (or American-Jewish) movement to get Israel out of the territories and end the occupation.

If you take the time to enter the IfNotNow site, you’ll find this bit here:

That resonates very well, I presume, with the generation of students and young adults whose Jewish education is, perhaps, a bit less progressive than their politics.

If you double-check and actually take the time to read Exodus 3, you’ll find this statement of God to Moses there at the burning bush:

I am come down to deliver them out of the hand of the Egyptians, and to bring them up out of that land unto a good large land, unto a land flowing with milk and honey; unto the place of the Canaanite, and the Hittite, and the Amorite, and the Perizzite, and the Hivite, and the Jebusite.

Q. What was the purpose of the liberation from Egypt?

And the answer would be to lead the Children of Israel to the Promised Land.

Q. What was that Land?

And the answer would be this map, more or a bit less: 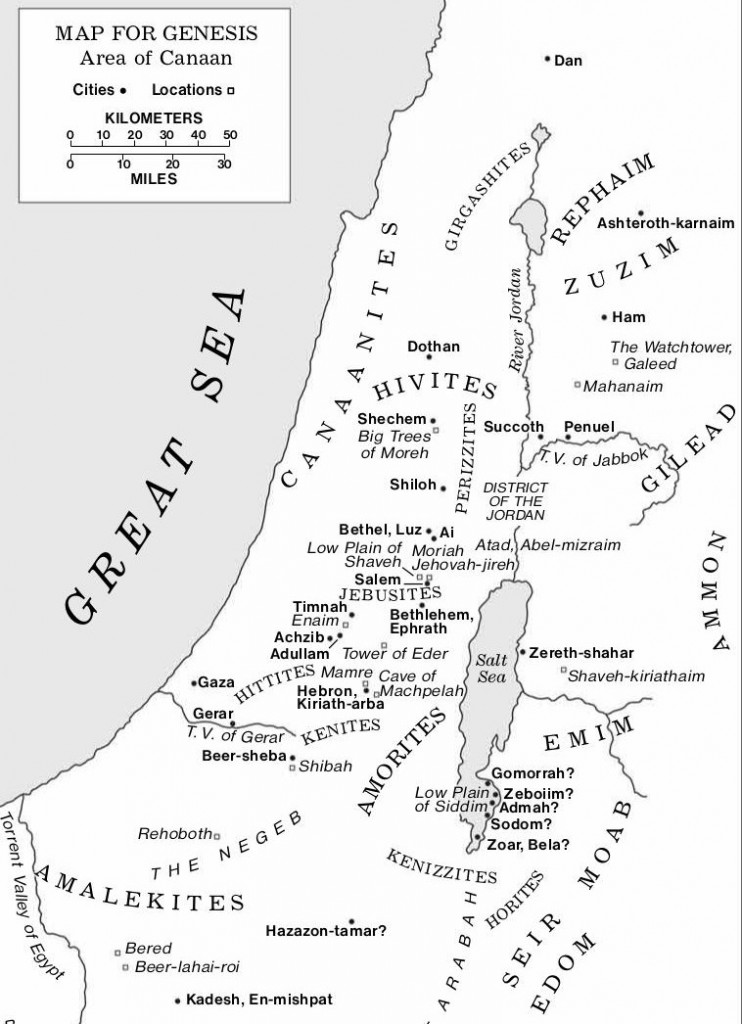 A large land that in today’s reality is Israel and Judea, Samaria and Gaza.

And you can see Shiloh, where I live, and Beth-El and Hebron, et al., names of Jewish renewed communities carrying the same names in the same locations as those in the map.

Q. Why are not “Palestinians” mentions?

And the answer would be that they did not exist at that time.  Philistines did but that is not the same people.  “Palestinians” is a name that is self- applied by Arabs who are descendants of those Arabs who came out of the Arabian Peninsula in the 7th century and occupied the Land of Israel which had been previously conquered by Romans who awarded it the name Palestina, a non-Arabic name they can’t even pronounce properly.

A reasonable person should ask him/herself after this short series:

has IfNotNow bush-smacked me?  are they not twisting sources? corrupting history?