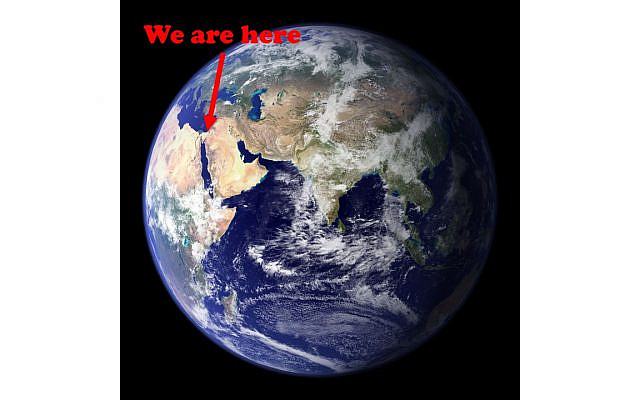 It’s election time in the US and that question is on most of our minds again within the Jewish and American-Israeli community. Which US presidential candidate is better for Israel?

We should stop asking. Not only has our concern for Israel been turned into a damaging wedge issue, but there are much larger issues at stake than the differences in Israel policy between the two overwhelmingly pro-Israel presidential candidates (and strong arguments have been made for both Joe Biden and Donald Trump across the Jewish and Israeli press).

If we had presidential candidates who held identical views on every issue, maybe the question of who is better for Israel (and for American Jews) would be relevant or important. But all things are not equal. One candidate, Donald Trump, has a four-year track record of scorching the earth on issues of environment, public health, and racism (among many others). Israel’s wellbeing is tied to these issues in myriad ways, from relations with the US Jewish community (A majority of Israelis support Trump, while American Jews overwhelming reject him) to Israel’s food security (more on this below).

Human-caused climate change is a preeminent threat to human life on the planet. In Israel, impacts will likely include extreme and intolerable heat waves and coastal flooding. This is not just a discomfort for Israel – climate change will severely disrupt agricultural and hydrological systems in Israel and elsewhere. Since Israel is almost completely dependent on food imports, such disruptions severely threaten its long-term food security.

Prior to his election, Donald Trump was already disparaging human-caused climate change, and once in office he wasted no time rescinding or weakening environmental regulations. As president, he has unraveled 50 years of environmental progress advanced by Republican and Democratic presidents, alike. He has systematically weakened or eliminated protection for endangered species, clean air and clean water. He is pulling the US out of the Paris Climate Agreements (the only country to do so) and has scrapped legislation aimed at reducing US carbon emissions from transportation, industry, and energy production. He has opened protected Federal lands to the fossil fuel industry. And in the greatest act of cynicism, he appointed political cronies to administer environmental agencies, who have gone on to destroy their agencies’ credibility and capacities to monitor and track environmental conditions, leaving us blind to address degradation. The implications of his recklessness ripple across the planet and in Israel, where we suffered through the hottest September in the past 140 years.

Although the COVID-19 crisis has hit Israel hard, even at its lowest point, our policies didn’t resemble the American pandemic response snafu. The COVID-19 pandemic has highlighted to the world that Trump is a clear and present danger to global public health. His catastrophic bumbling and rudderless policies (or lack of policies) exposed the US to the worst of the pandemic impacts, resulting in 225,000 American deaths and more than 20% of the global pandemic-related deaths (the US is less than 5% of the world population). Simultaneously to exposing the population to health risks, Trump attacked citizens’ access to affordable health care painstakingly strengthened during the Obama/Biden administration. Contracting COVID-19 did not make Trump any more humble – on the contrary, he gives every indication that the mismanagement and chaos of his first term would continue into the second, exacerbating the impact of the pandemic and continuing to destabilize the US and international trade. Once again, none of this bodes well for Israel – a country completely dependent on the wellbeing of the United States (Israel’s top trade partner by far) and on the stability of global trade for its food.

The president’s disastrous record on science-based issues from environment to research to public health has led to unprecedented endorsements for Joe Biden from the normally politically neutral academic journals Scientific American, Nature and the New England Journal of Medicine (which titled its endorsement “Dying in a Leadership Vacuum”). All these scientific journals carefully delineate the threat Trump poses to the planet and its citizens.

The embarrassing irony of broad support for Trump in Israel is that Israelis lineup alongside a rogue’s gallery of American white supremacist organizations, militias, and seedy conspiracy advocates like QAnon. These supporters are drawn to his nativist “America first” message and his faux resistance to the ‘Wall Street/Washington/Hollywood elites’. Although he obfuscates his message (either through crafty politics or total ignorance – it’s hard to tell) as to whether he supports white supremacists and others, Trump seems quite enamored to have anti-Semitic support for his presidency. It would take a significant amount of rhetorical acrobatics to suggest that this is somehow good for Israel, although some have tried.

Joe Biden is everything that Trump is not

Republican and Democratic commentators alike have consistently praised both the character and proposed policies of Joe Biden: Pluralistic, empathetic, scientifically informed, and inclusive. One only has to invest an hour or so, as millions of Americans have chosen to do, to watch Biden’s recent town hall meeting to see his starkly different vision for America and the world, with clearly defined policies for confronting national and global environmental challenges, building resilience and leadership in the face of COVID-19, and returning the White House to a position of intolerance of white supremacism. Biden’s vision for America is one in which the Jewish community and Israel will continue to prosper. He aims to return cooperation, rather than confrontation, to the domestic and global stages, in contrast to Trump’s confrontational style that has alienated US allies, allowed China and Russia to radically increase their spheres of influence (including into the Middle East), and ultimately weaken US standing and respect in the global arena.

Ultimately, I understand the concern regarding a presidential candidates’ views on Israel. But in the case of the upcoming election, two pro-Israel candidates are competing, and our discussion should therefore be far broader than the parochial, “Are they good for Israel?”. A vote for Biden is a vote for the wellbeing of all the planet’s citizens. And that is good, too, for Israel.