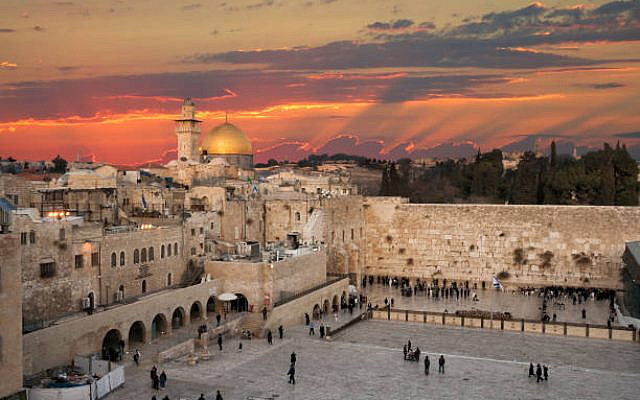 Peter Beinart’s latest missive in Jewish Currents – arguing that pro-Israel Americans show no interest in what is going on in Israel and instead talk only about antisemitism – misses the mark and once again seeks to undermine the vision of Israel as a safe, secure homeland for the Jewish people.

While Beinart complains that pro-Israel Americans don’t pay attention to what’s going on inside Israel, it is actually Beinart who fails to acknowledge the profound, historic changes underway there. Just two recent examples of the incredible progress toward peace and prosperity he overlooks: first, the historic new unity government formed this year – the most diverse in Israel’s history – which notably includes for the first time an Arab party, whose leader recently made a clear statement that Israel, as the Jewish state, was here to stay. Second, in December, Israeli Prime Minister Naftali Bennett traveled to the UAE, where he was welcomed by Abu Dhabi Crown Prince Mohammed bin Zayed Al Hahyan. Together, they discussed the billions of trade, tourism, technology and other projects that would have been unimaginable just a few years ago.

Israel is a vibrant, multicultural democracy that is a force for peace and prosperity in an unstable region of the world. Israel has a vibrant free press, diversity of human rights organizations, robust judicial system, and thriving multi-party democratic government that offers all its citizens full political and civil rights. Like America and other diverse democracies, Israel has work to do to ensure those ideals are reached, but its goals are clear.  Israel’s success as a democratic society, its culture of innovation and its unsurpassed military and security posture have fostered transformational advances toward peace and progress in the Middle East.

Israel’s historic new unity government reflects the rich ethnic, religious, and ideological diversity of the country and is a positive step toward a more inclusive Israel.  The new government itself is investing billions of shekels to improve conditions in Arab areas of Israel, working to close gaps that have existed since the founding of the state.  Monsour Abbas, the leader of the Isalmist Ra’am party that is now part of the government, made history yet again when he broke with the traditional stances of Israel’s Arab parties, not to mention the Palestinians and many others in the Arab world, by declaring that Israel is and will always be a Jewish state.  As Dr. Einat Wilf perfectly summarized, “Arab recognition that Israel is a Jewish state, will remain so, and that this does not contradict Arabs being full equal citizens and participants in Israel’s boisterous democracy, is a true breakthrough that lays the foundation for true partnership within Israel and the region.”  This is real progress, happening in Israel, that Beinart fails to mention.

These changes within Israel are set against the backdrop of the seismic shift in Arab-Israel relations brought about through increased diplomatic and economic ties between Israel and Arab states, set forth by the Abraham Accords. Normalizing relationships and establishing economic ties between Israel and Arab states in the region would have seemed impossible not too long ago.  The Abraham Accords demonstrate that a sustained, strong US-Israel relationship, an Israel that can defend itself against threats large and small, American leadership, and forward-thinking Arab leaders, can reap significant benefits including new economic opportunities in the region and expanded person-to-person cultural and diplomatic relationships between Arabs and Jews.

This progress is happening as Arab states recognize Israel as a Jewish state.  But that isn’t something Palestinian leaders have been willing to do.

Palestinian leadership have far too often been terroristic, despotic or corrupt. Palestinians long ago chose the path of “armed struggle” and rejection of any Jewish sovereignty anywhere in the land. Israel’s military actions in 1948 and 1967 followed wars started by Arab leaders. Palestinians have since rejected every overture of peace, and have in the recent past escalated terrorist activity. Palestinians suffer under their own leadership – their very rejection of Israel causes their own people to suffer in numerous ways.  Just as one example, during the COVID-19 pandemic crisis, Palestinian leaders rejected vaccines offered by Israel, denying their citizens sorely needed medical care.

Yet to Beinart, in his upside-down world view, none of this matters. In his mind, one should measure everything solely on the way Israel reacts to Palestinians (and others in the region) who actively calls for its destruction, fires rockets at its citizens, and pays people to commit acts of war, aggression and terrorism against Israeli citizens.

Pro-Israel Americans, whether activists, advocates or pundits, know that the US-Israel relationship is rooted in shared democratic values, humanitarian concerns and mutual interest.  We know that a strong security alliance between the United States and Israel remains key to both of our countries’ strategic interests and helps to further promote peace in the region and around the entire world. We know US assistance to Israel is critical to keeping Israel safe against constant threats by providing it the means to defend itself, by itself. We know that a secure Israel enhances our own geostrategic interests of regional security and stability by deterring major war and ensuring a trusted partner and ally.

When Americans who support the US-Israel relationship defend Israel’s right to exist, they are defending the right to a homeland for the Jewish people, the existence of the strongest democracy in the Middle East, and the survival of a strategic ally to the United States that actively partners with our country to advance security as well as solutions to some of the world’s toughest challenges, including climate change.  We are rejecting the false choice and working for a world in which Israel can exist as a Jewish state AND Palestinians can live in peace – because we have seen directly, on the ground in Israel, that acknowledging Israel’s right to exist is the foundation of peace.