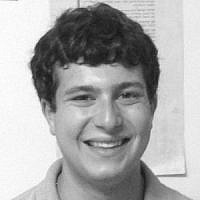 I am both a proud leftist and a proud Zionist. Those two positions should appear contradictory to no one – I support the only country in the Middle East that offers protections instead of punishments to its sexual minority (LGBTQIA+) community and that strives for gender equality, a country that was born in large part to defend an oppressed minority population, a country that seeks peace and puts its own soldiers’ lives at risk to safeguard civilian populations other than its own, and a country that plays a constructive role in the global community by making water more accessible and providing humanitarian aid after crises all over the world. Israel and the left are a natural fit.

And yet, I find myself constantly worrying about my leftist credentials. Somehow, my Zionism does not count as involvement in a progressive cause. Somewhere along the way, the Zionist movement lost its place on the left. Part of this certainly has to do with Israeli policies – the current government is right-wing by Israeli standards, although even Likudnik Prime Minister Benjamin Netanyahu’s policies have been in some ways more liberal than the policies of even the most progressive American administrations. The bigger problem that I have seen, however, is the image that the American Zionist movement has given itself.

Too often, I find myself in pro-Israel settings surrounded by members of the far right. Many Zionists are anti-peace, anti-Palestinian, anti-Muslim, anti-Arab, or even anti-Semitic (I have been accused of killing Jesus multiple times). The pro-Israel movement is losing its legitimacy on campuses and in general by drifting to the right. Right-wingers frequently try to use right-wing arguments to make the case for Israel to largely left-wing college audiences, citing the bible to secularists, glorifying militarism to peace activists, and employing orientalist and imperialist tropes to people who vehemently oppose both orientalism and imperialism. Anti-Israel activists need only point to statements made by prominent pro-Israel figures and politicians to make their case – they often no longer need to discuss Israel itself, because they can much more easily demonize the American Zionist movement. At Brown, anti-Israel groups have invited panelists to events for the sole purpose of painting pro-Israel Americans as Republican, racist, religious conservatives.

I know that Brown University leans further to the left than many other schools, but it is certainly not the only progressive campus in the country. The liberalism of college campuses is something that the anti-Israel movement has already noticed. It has hijacked many progressive causes, to the point that I regularly notice “Free Palestine” signs in rallies of all sorts, whether at marches for Black Lives Matter or at LGBTQIA+ Pride Parades. If the pro-Israel movement is going to take back the American campus, it is going to need to speak in leftist terms, which anyway more accurately reflect Israel itself. It is going to need to acknowledge the importance of Palestinian independence, tell the true story of Israel’s quest for peace, abandon biblical and imperialist arguments, and speak the language of its audience.

That is not to say that conservatives should be any less pro-Israel. Of course, they should remain part of the movement. But they should be aware of their audiences. If right-wing Israel advocates want Zionism to receive the respect and appreciation that it deserves, and that it has had in the past, they should make the case that is both the most honest and the most appealing to college students: the leftist case. I know that this approach is feasible, because members of Brown Students for Israel, wherever they stand on the political spectrum, tend to know their audiences and make the progressive case for Israel very effectively. Last year we even cancelled speakers who we discovered were too conservative (anti-peace in particular) to be effective on our campus.

The political demographics of the pro-Israel movement do need to change, but not with the ousting of conservatives. The movement instead needs to expand to include liberals as well, prioritizing support for groups like J Street and Campus Democrats for a Secure Israel and welcoming with open arms those activists, like me, for whom peace and Palestinian statehood are priorities. It is not enough to tolerate us; the pro-Israel movement as a whole needs to recognize that our views reflect the majority of many college campuses, and it must adapt the way that it operates and advocates accordingly.

We have accomplished this at Brown. Nationally, however, figures like Sheldon Adelson and groups like the Committee for Accuracy in Middle East Reporting in America (CAMERA), who make it their missions to fight the Zionist left, push the pro-Israel movement further and further from what it needs to be if it is ever to take back college campuses. It is not too late for this to happen, but the pro-Israel movement must advocate for Israel as the pro-peace, liberal country that it actually is. Some groups, like the American Israel Public Affairs Committee (AIPAC), have realized this and are beginning to make it a priority. Zionism needs to accept leftists who support Israel, so that the left can accept Zionism again as well.