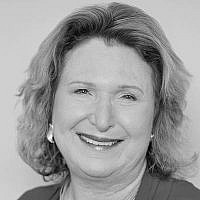 The Blogs
Elizabeth Brenner Danziger
Apply for a Blog
Please note that the posts on The Blogs are contributed by third parties. The opinions, facts and any media content in them are presented solely by the authors, and neither The Times of Israel nor its partners assume any responsibility for them. Please contact us in case of abuse. In case of abuse,
Report this post. 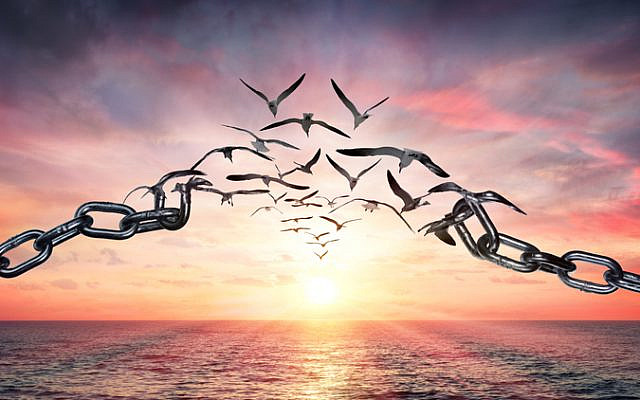 I used to resent my sister-in-law. She is not Jewish. My beloved brother married her almost 40 years ago, and I blamed her for the intermarriage. In my emotionality, I overlooked that my brother chose his bride. Instead, I focused on his wife. I never spoke an angry word to her, but my negative feelings took up a lot of mental real estate. My anger was toxic for my relationship with my brother, with her, and most of all, for me.

Every year, in the Jewish month of Elul, which is the month before Rosh HaShanah, I focus on a particular goal for personal growth.  Several years ago, I chose to work on my resentment toward my sister-in-law.

I struggled throughout the month, journaling extensively, exploring my feelings, and asking God to release me from this emotional bondage. Then, one day, the floodlights came on: My sister-in-law had done nothing wrong. She met a wonderful guy and fell in love with him. He asked her to marry him. She said yes. She has been a loyal and loving wife. End of story. My anger vanished.

The relief was immediate. I reached out to her, and we had a beautiful conversation. Although we are not close now, there is no longer tension between us. My relationship with my brother has improved immensely.

That is the magic of asking for God’s help during the month of Elul.

How did this miracle happen for me? Believing that I could change during Elul required me to accept two ideas. First, I believed that I was capable of change. That meant I believed in the reality of free will. Second, I felt that God cared about me and was willing to help me achieve my goal. Accepting the notion of free will is essential because if we think we are predestined to be either good or bad, there is no point in trying to improve.

Free will is a fundamental Jewish concept. We may never grow feathers or leap tall buildings a single bound, but we can choose to become better people.

It helped me to believe that God cared about what happened to me and was willing to support me. Of course, atheists can practice self-help programs and also get results. In my case, I felt strongly that Elul was an auspicious time for growth and that I wasn’t going it alone.

When we try to refine our character, is God helping us? The prophet Isaiah wrote about this question:

Seek the LORD while he may be found, call upon him while he is near: Let the wicked forsake his way, and the unrighteous man his thoughts: and let him return to the LORD, and he will have mercy upon him; and to our God, for he will abundantly pardon. [Isaiah 55:6]

In other words, God is reaching out to support us in our efforts to improve, especially during the next six weeks.

During the pandemic, the government offered many benefits. Businesses that applied for the help received gifts; those who did not apply got nothing. Receiving support from the Creator of the Universe is vastly more valuable than getting an EDD Debit Card. But we have to apply for the benefits! Asking for God’s help in achieving our goals is the first step.

In Judaism, we are not judged for our thoughts but by our actions. So when I had resentful thoughts about my sister-in-law, I wasn’t judged badly because I didn’t match it with any horrid action, such as leaving nasty voice-mail messages. I don’t know about you, but I have often allowed unhelpful thoughts to lead me into actions I deeply regretted later on.  The danger is clear.

So, what should we do? I recommend two actions at the beginning of Elul. Choose something to take on and something to release.

When choosing something to take on, keep it small, such as thanking God when you wake up in the morning or smiling at everyone you meet. Whatever you choose, commit to practicing it for 30 days. What new behavior would bring your closer to God? To your family? To your deepest self? My commitment is to meditate and say morning blessings at least three times a week.

We all have habits that do not serve us, ranging from eating chocolate to gossiping. Choose one behavior or attitude that blocks your spiritual progress and commit to letting go of it. In 1985, I wrote a book called Winning by Letting Go. The title says it all. When we throw our ballast overboard, we rise higher. What are you holding onto that you would be better off without? My commitment is to focus on the good points of a person whom I now tend to judge unfavorably.

The month of Elul gives us an incredible opportunity to turn to God with a passionate plea to help us refine our character. Then, when we come before Him on the Day of Judgment, we will be able to show that we have begun to do the work of Teshuva, or repentance.

About the Author
Elizabeth Brenner Danziger is the author of four books, including Winning by Letting Go (Harcourt Brace: 1985) and Get to the Point! (Random House: 2001). Her work has appeared in many national magazines. She is the president of Worktalk Communications Consulting. She has four grown children and many grandchildren. She has been living an observant Jewish life for 40 years.
Related Topics
Related Posts
Comments