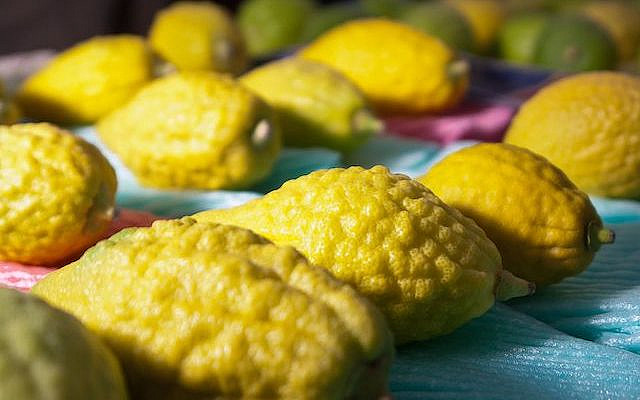 Recently, I received a question from an observant Jew. This person, like many people, had purchased an etrog that was grown in Israel. Friends of hers had told her that since the year that just ended was a Shemitah year, her only two options were either to eat it or let it rot. Although etrogs usually shrivel and shrink over time, they will rot if they are put in a plastic bag. Since she was not interested in eating the etrog, she wanted to know if it would be permissible to compost it. That way, she figured, it will rot but it will also go to good use. She asked me if her composting idea was permissible and appropriate.

I enjoyed considering her question, especially in these times of climate crisis. Shemitah is a period when we think about the way we treat the earth, and Sukkot is a holiday in which we celebrate the bounty that the earth provides for us. Considering these things, it is both appropriate and praiseworthy to think about disposing of our lulav and etrog in ways that will benefit the planet rather than damage it. With regard to the specific question about composting an etrog, there are three halakhic issues at play.

Kedushat Sheviit presents no problem in this case. When the etrog becomes compost and is ready to be used, it is inedible. As such, it is no longer considered “Shemitah produce.” There is no longer kedushat Sheviit, and it can be used for fertilizer. The transformation of the etrog from fruit to dirt removes its holiness and allows it to be used.

The restriction against hefsed demands some consideration. When an etrog is placed in a compost bin it is still edible, and this restriction would still be in force. The halakha is that Shemitah fruit can be destroyed indirectly but not directly. So, the question is, when a person puts an etrog in a compost bin, is she destroying it directly or indirectly? On the face of it, it appears that the etrog is just rotting on its own. But that’s not exactly the case. By putting it in a place where the worms will eat it or where the heat of the compost pile will cause it to compost quickly, a person speeds up its decomposition. Nevertheless, while the etrog is being directly placed in such a “hostile” environment, the change to it doesn’t happen immediately, and would not be considered direct destruction. Additionally, placing it in a compostable bag would add another level of indirectness, since the worms have to get through the bag and the heat has to penetrate enough to start the decomposition.

Finally, the matter of bizayon, disrespect of Shemitah produce, does need to be addressed. Since the etrog is still edible when it goes in the compost bin, it would seem to me that there is a degree of disrespect in putting it in a bin of decomposed and decomposing food. This matter can be largely addressed by putting it in its own compostable bag. Furthermore, if it begins turning brown and shriveling up on its own before being placed in compost, that would be even better, as putting a rotting etrog in a compost bin would definitely not be considered disrespectful.

So, what is the bottom line here? The desire to compost a Shemitah etrog is very much in line with the ethos of Shemitah and Sukkot in general. In order to compost your etrog, put it in a paper bag by itself before adding it to the bin. Ideally, wait until it starts rotting a little on its own. If this causes difficulties, it is not strictly necessary.

We are all witnessing drastic changes to our climate on our shared planet. When we celebrate Jewish holidays, let’s do our best to both honor our tradition and also care for the earth.

About the Author
Rabbi Dov Linzer is the President and Rosh HaYeshiva of Yeshivat Chovevei Torah Rabbinical School, and is the primary architect of its groundbreaking curriculum of Torah, Halakha, pastoral counseling, and professional training. Rabbi Linzer has been a leading rabbinic voice in the Modern Orthodox community for over 20 years. He hosts a number of highly popular podcasts, including Joy of Text and Iggros Moshe A to Z. He teaches regular classes in advanced Talmud, advanced Halakha and the thought of Modern Orthodoxy, and serves as a religious guide to the yeshiva’s current rabbinical students and over 130 rabbis serving in the field.
Related Topics
Related Posts