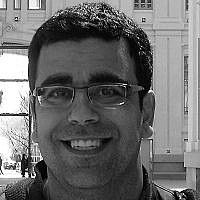 In the last years many eminent scientists declared that physics or science in general can replace the social role of religion. Scientific arguments are also being raised against philosophy which is presented as speculative and impractical; in his last book, “The Grand Design”, Stephen Hawking has argued that philosophy is no longer relevant. I believe that in order to examine these principal arguments we have to take into consideration three questions which have not yet received enough attention. First, we have to ask whether by following the conclusions of modern science we can become better persons. Second, if the answer for the first question is positive then in what manner can the guidance of scientific method make us better persons? Can science enable us to think more clearly, to overcome childish hopes and expectations, in other words, allow us to overcome our superstitions? Can the results of modern science make us become morally better? Third, in order to answer the second question we have to look into the history of the two last centuries and check whether it was science that brought moral emancipation to humanity? Did the publication of Charles Darwin’s’ books or Albert Einstein’s articles has led us to become more reflective, moral or reasoning competent?

In the debates between creationists and evolutionists we witness how both camps attack each other from two main points of view: the blame of lack of morality and the restrictions on individual freedom. Some creationists might declare that it is religion alone that can act as the moral compass of humanity. Without the guidance of religious leadership and the fear of God humans will have no moral limits. The enlightenment vision of individual freedom is depicted as dangerous since its successful fulfillment has nothing to do with reason. Morality depends on moral intentions and the strengths and weaknesses of the human will. Humans might know what is the right thing to do, but eventually will lack the motivation to do so unless they will have some fear of God.  According to the creationists it is only the guidance of the Holy Scriptures which can give both spiritual and moral path to humanity.

The evolutionists look into human history and criticize religions for not following the humanistic obligation. They contend that it is not that religions do not contribute to morality, but that by following religions we promote hatred towards the others, especially the minority groups. Since monotheistic religions are written from man’s point of view, religion is leading to the oppression of the woman’s social status. The evolutionists are also claiming that religions may cause intolerance towards those who do not hold the truth. Furthermore, religion cannot accept the idea of individual freedom and choosing your own path in life.

This debate is currently leading to two interesting consequences. Brilliant scientists such as Richard Dawkins, Lawrence Krauss and Stephen Hawking are gradually forced to become more than just scientists. Many scientists are conceived today as much more than this and they are trying to answer questions which never belonged to the scientific realm. For some of their adherents they are even acting as the new moralists who are responsible for the emancipation of humanity from religion and superstitions. Their main aim became to show others a way beyond doubt and speculations, a way towards a safe world where everything is known and familiar, a social reality in which each one will be sure that his path is the correct one. But here one has to ask if under the guidance of empirical science we can become morally better persons just because we are relying on evidence? This is unfortunately a neglected, but very intricate question.

Before even trying to answer such a complicated question, we have to first remind ourselves the basic difference between the purposes of morality and those of science. Science focuses on the world that exists, on what we can see and test. Morality looks into the ideal world, the world that we hope and wish to see or in Kantian words into the human moral ‘ought’. This difference between the purposes of morality and those of science makes it harder to believe that science can either replace religion or philosophy. But maybe we came to such a conclusion about science just because we are prejudiced about it? In order to go further with this puzzle we have to take into consideration the effort of modern scientists to present what is defined by them as the “Theory of Everything”. This theory is represented through ideas regarding the existence of parallel universes or hypothesis regarding the natural force that was behind the Big Bang. These ideas are surely interesting, but can they replace the traditional theological or philosophical metaphysical point of view of the world? Maybe these are only other metaphysical hypotheses that may coexist side by side with the traditional ones? Of course, scientists who are conceived as social leaders will find it hard to accept that their ideas are actually speculative and philosophical. Unfortunately, this fact does not make their metaphysical ideas less metaphysical. The theory of everything is only a theory about everything that is natural. However, can we say that God is a natural phenomenon?!

In his last book, Hawking declared that philosophy has lost its relevance. When we remember the new social role of modern scientists we can not say that this statement is surprising. In my opinion, the debate between evolutionists and creationists has led to a change in the conception of the social role of science and philosophy. In the 18th century, the philosophers were those who criticized religion and presented a way to have a moral system that is not based on the fear of God. Compared to the past centuries, today we have more scientists who focus on criticizing religion and philosophy. But the question remains the same: Who can become the moral leaders of the future? Those who focus on morality, critical thinking and ideals? Or maybe scientists whose framework is materialistic?

‘Science is my religion’, many of us declare it today. But can we really conclude what is our moral imperative by using the conclusion of science? Did the publication of the ‘Origin of the Species’ led humans to act more morally or did it allow them to articulate social Darwinist ideas?! Since science can not allow us to know everything about everything, I doubt it can replace either religion or philosophy. Furthermore, since science can not answer what is the purpose of the universe or what is moral life, scientists can not be the only social moralists. Science should guide us to explore the mysterious, but it can never turn the mysterious into irrelevant for human life. Let’s have science, but let’s also remember its limits.