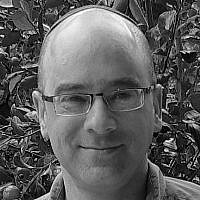 The Blogs
Brian Polin
Apply for a Blog
Please note that the posts on The Blogs are contributed by third parties. The opinions, facts and any media content in them are presented solely by the authors, and neither The Times of Israel nor its partners assume any responsibility for them. Please contact us in case of abuse. In case of abuse,
Report this post.

Israel is reopening schools and gradually lifting other COVID-19 restrictions, reflecting how the country’s response to the virus has been remarkably successful. Should we have expected anything less from the start-up nation?

The Jewish state’s mortality and infection rates are among the lowest in the world. Drilled in social solidarity from times of trouble, the country’s population has been highly cooperative in social distancing. Israel’s streets are empty, and its cafes and synagogues are closed for the first time in the nation’s history. Israelis should all be thankful to their policymakers as well as the devoted medical personnel who are on the frontlines of the crisis.

Yet despite the success in pushing back the pandemic, the “masked” protesters who have ventured out are those citizens most affected economically: Israel’s independent business owners.

Worldwide, public health successes in the fight against COVID-19 seem closely linked with economic hardship, and the question becomes how to best address two conflicting goals. Israel’s economic policymakers could chalk up another success by segmenting independent businesses in accordance with their sectors and compensating those with lost income differently than those with deferred income.

What does the economic history of pandemics tell us about Israel’s current success and what polices might help its most distressed citizens?

Those are the findings in a paper recently published by three economists affiliated with the US Federal Reserve Bank and the Massachusetts Institute of Technology. Their research is based on the differing responses of nearly 50 different US cities to the Spanish Flu epidemic of 1918. Just as some countries were reluctant to order closures of schools and businesses in the face of the current pandemic, responses varied greatly by US city 100 years ago.

For example, Seattle, Washington maintained some form of shutdown for nearly six months, while New Haven, Connecticut, was shut down for only one month. Not surprisingly, Washington State experienced the lowest mortality rate in the US, while Connecticut experienced one of the highest. This seems to be an obvious outcome, but the researchers also determined that it was the increase in mortality which caused the economic downturn, and not the duration of the shutdown.

Given the Israeli response to coronavirus, that seems to be encouraging news for the Israeli economy. But is what’s good for the Israeli economy also good for the Israeli people? That’s a bit more complicated. In response to a proposed economic policy change that would have been harmful to the public in the short term, but beneficial in the long term, the famed British economist John Maynard Keynes responded by saying, “In the long run, we’re all dead.” To tell the owner of a barber shop or coffee shop “hold on a bit longer because it will benefit you in the long run” isn’t very comforting, especially when there’s rent to pay and kids to feed.

In the spirit of Keynes, Israelis or citizens of any nation need to be standing on their feet when it comes time to reap the economic benefits of cautious public health policies. Some closed businesses are experiencing deferred income, while others are experiencing lost income. An individual who needs a new computer might delay the purchase due to the current situation, but will still buy the computer — that’s deferred. An individual in need of a haircut for a month won’t get multiple haircuts once his favorite barbershop reopens — that’s lost. Due to the differing nature of the economic hardship, the government must tailor its response for each specific economic sector.

So, should Israelis be encouraged right now? If you, like me are receiving your regular salary, despite the coronavirus, you’re probably already smiling. If you’re a beautician wondering how you’re going to pay your bills, you probably aren’t. If history is an indicator, the economic situation will be sorted out once we’ve defeated the virus. But in the meantime, the government must generously open its wallet to assure that we’re all still solvent when Keynes’s proverbial long term finally arrives.

Dr. Brian Polin is a senior lecturer at Jerusalem College of Technology, teaching graduate and undergraduate courses in management, strategy, and industrial engineering.

About the Author
Dr. Brian Polin is a senior lecturer at Jerusalem College of Technology, teaching graduate and undergraduate courses in management, strategy, and industrial engineering.
Comments