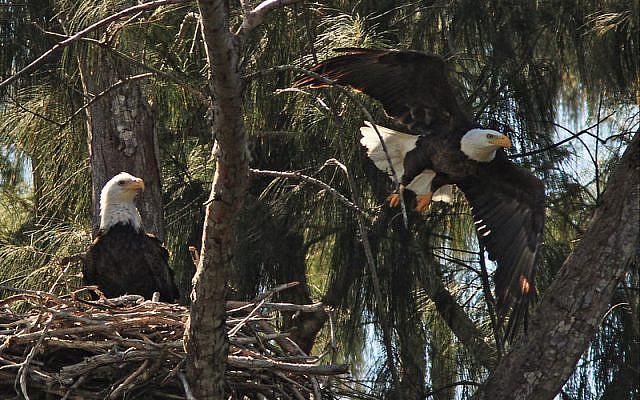 The transition into full adulthood, with its incumbent privileges and responsibilities, is often a long process. In recent years there has been increasing recognition of a stage of life between adolescence and adulthood; this stage has been called the “odyssey years.” Imagine a young woman who, after leaving home, attends college, begins her career, and starts to form her own independent identity, separate from her parents and siblings. When she returns to her parent’s home for the chagim, what happens? Is she able to retain her independent identity, her developed personality, or do she and her parents revert to their old relationship dynamics? It may take years before both parents and child fully adapt to her new life stage.

This dynamic is on full display in this week’s parsha, Chukat. The Israelites have reached a transition point. It has been forty years since they left Egypt, and the older generation has died out. The new generation is now poised to enter Canaan. Both Miriam and Aaron die, and God decrees that Moses will not lead the people into the land. They will no longer be guided by Moses’ leadership, as they were during their sojourn in the wilderness. This is a loss, but also a gain. From the moment they left Egypt until now, they have been overly reliant on Moses. He is still the father, and they are the dependent, whiny children. They will no longer have their needs provided for by abundant miracles: the heavenly protective clouds, the quail, and of course, the manna. They will soon have to sow, reap, and harvest in order to survive. They will have to become self-reliant, charting their own path and choosing their own leaders.

But that will take time. Now, while still in the Wilderness and in their “parents’ home,” as it were, the old dynamics are still in place. After 40 years, they may have learned on an intellectual level that God will provide. They have also experienced the disastrous consequences of complaining to God and to Moses. And yet, this knowledge does not translate into action. As long as they are still in the Wilderness, still with the same Moses who took them out of Egypt, they continue to behave as they always have done: they complain, they rebel against God, and God, predictably, exacts punishment. Following Miriam’s death, when the people lack water, they yet again take up the refrain. “Why did you make us leave Egypt to bring us to this wretched place, a place with no grain or figs or vines or pomegranates? There is not even water to drink!” (Numbers 20:5). As they have done in the past, Moses and Aaron run to the Tent of Meeting to escape the people and to seek God’s protection, rather than attempting to engage and reason with the people directly.

This is ultimately what Moses’s sin of hitting the rock is all about. Why was this sin so grievous that it prevented Moses from entering the land–the very thing that he had worked for and dreamed about for 40 years? The truth is that the sin itself was not so very bad. But it was terribly revealing. It made clear that Moses was the leader for the Wilderness, but he was not the leader to take the Israelites into the land.

Moses can’t break out of old patterns. God tells him to speak to the rock; the circumstances are different than they were 40 years ago. And yet, he still automatically strikes it, just as he had done in the past. Moses puts the people in the same box he has always been putting them: “Hear now ye rebels” (Num. 20:10). They may still be children–to some degree because they are still being infantilized–but the same rebels of 40 years ago, they are not.

And the striking itself is symbolically significant. The way you lead, Moses is saying, is by beating rebellious, unwieldy children into submission. If you want water to come from a rock–if you want change–you have to use power and force. But the people don’t need that type of leader anymore. They need a leader who is prepared to see them as adults. They need a leader who will talk to them when they are in error, who will attempt to persuade rather than to force, a leader who will engage and empower.

Change is in the offing for when they will enter the land of Canaan. And it begins even now. Once they internalize the deaths of Miriam and Aaron and they realize that Moses will not lead them into the land, the people begin to come into their own. When confronted with danger, the people themselves make a vow to God asking for deliverance: “And Israel vowed saying: If you give this people to me, I will ban their cities” (Num. 21:2). Upon encountering water, the Torah reports, “Then Israel sang this song: Spring up, O well—sing to it…(Numbers 21:17). This is markedly different than what happened forty years ago when they left Egypt: “Then sang Moses”–az yashir Moshe–Moses sang and the people followed. Now it is az yashir Yisrael: It is the people who take the initiative. It is the people who are leading.

Forging new dynamics and stepping into full adulthood is a difficult process. It takes time and it requires both parent and child to adapt and accept the new reality. Sometimes this may not be possible. We might have to be out of the house and physically away from the old settings if we don’t want to regress. Hopefully, however, parent and child can work to change the patterns of old. They can learn to speak, respond, and react in a way that internalizes the fact that the child is now an adult, and that old dynamics must be replaced with a dynamic of empowerment and respect.