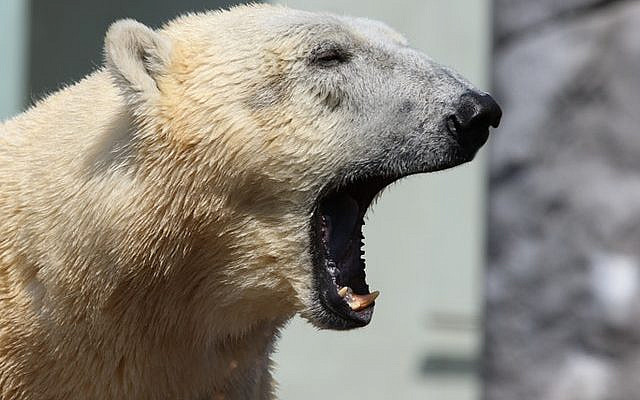 The zoo had no compunction in using its superior fire power against these unfortunate bears. There was no attempt to de-escalate the situation. No-one tried talking to the bears and getting their side of the story. No, these poor bears were murdered.

The zoo’s chief curator said, “We must quickly make decisions informed by our experience and expertise to protect our people, guests and our other animals.”

On the other hand, when Israel defends herself against an ‘immediate threat to human life’ – thousands of rockets aimed at civilian targets – the world is quick to condemn.

If the world had listened, it might have heard our chief curator, Mr. Netanyahu, say “We must quickly make decisions informed by our experience and expertise to protect our people.” He certainly has plenty of experience to rely on.

Another “news” source from the UK’s peaceful shores, Sky News, was quick to bring us interviews with cute Gazan children, speaking perfect English, telling us of their suffering when Israeli bombs obliterated their beautiful homes. But not a word from Israeli children, or adults, whose houses had been destroyed in a rain of rockets. Not a word of the hours, days, Israeli civilians were forced to huddle in makeshift bomb shelters. And this from a country with a long record of aggression against peaceful civilians.

We have not forgotten the barbaric actions in Occupied Ireland in response to a couple of harmless IRA bombs. Ask the people of the Malvinas who suffered a major invasion by a British task force trying to convince a sceptical world that they were actually the Falkland Islands. And ask the older people of Israel about the damage done during Britain’s illegal occupation of our country.

While no consolation for the bears, they were just the latest in a long line of victims of Britain’s misuse of its power.

I thank readers for bearing with me. (Sorry, I couldn’t resist that!)