If you are Sam Harris you can! He thinks there is no rational basis for the existence of a national Jewish homeland in the Middle East (or anywhere else) because he does not support land claims based on the Bible. Wait! Before you get all huffy and label him an anti-Semite (as I was all set to do when I started reading his article), let us see what else he thinks about us Israelis.

But first: who is Sam Harris and what makes his opinion worth considering? With a PhD in neuroscience, he is a controversial and fascinating figure, exploring the relationships among science, religion and spirituality. He has written several books, among them: The End of Faith (2004) and Letter to a Christian Nation (2006).

To be brief, he says that you can tell the nature of a people by the way they behave when they can do whatever they want to do. Given Israeli military power, he acknowledges that if we wanted to, we could have razed all of Gaza to the ground and killed off everyone. The fact that we did not, and likely will not, shows that genocide is not in our nature. Furthermore, in spite of the fact that our Bible contains some pretty violent and unethical sections, Harris claims that “most Jews and most Israelis are not guided by scripture” and so we do not feel bound to act out that violence. What he apparently does not fully appreciate is that Judaism interprets the Bible with respect to a variety of temporal contexts by a variety of schools of thought, and therefore is not taken strictly literally. 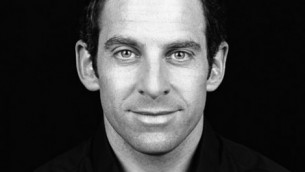 Can You Believe Israel Should Not Exist and Still Be Fair to the Israelis?

On the other hand, he points out that whenever Moslems can, they use human shields in various creative manners to exploit Israelis’ own ethics as a tool against us, they blow themselves up wherever they think they can take a large number of us with them, and they openly tell the world that it is their goal to exterminate all the Jews in Israel and the world, whereby “killing [their own] women and children is part of the plan”. And, Harris states, Hamas is a moderate branch of the Islamists, with ISIS openly committing far more horrid crimes and videotaping their ‘accomplishments’ for the world to see. This shows that genocide can be considered part of what Islam is.

Harris is very careful to repeat throughout his article that while his statements about Jews and Moslems does not include ALL Jews and Moslems, the great majority of the former are not violent or genocidal while a large proportion of the latter are. He also clearly chastises the silent moderate Moslems who do not speak out against the murder and threats of murder against infidels.

The double standard, whereby Jews are expected to live up to a higher level of ethical behaviors than anyone else and Moslems are given a pass, is unacceptable to Harris. In his own words: “If Israel kills a dozen Palestinians by accident, the entire Muslim world [and not only Moslems] is inflamed. … And yet Muslims can destroy their own societies – and seek to destroy the West – and you don’t hear a peep.” His conclusion is that, given a choice, Jews would live in peace and continue to develop their nation, while Islamists want to “stifle every freedom that decent, educated, secular people [everywhere] care about.”

Given that Harris recognizes the complexities of the issues, I am not offended by his opinion that Israel has no right to exist as a Jewish state. I think he is wrong and I will look at his arguments, but it is without rancor and in a true spirit of exchange of ideas.

Firstly, he claims that there should not be a country “organized around a religion”. Yet in this same article he acknowledges the fact that, unlike in Christianity and Islam, Jews are an integral part of the Jewish people even without a belief in God and without observance of religious rites and laws. In other words, Judaism is not just a religion, but a culture. At the same time, his ambivalence is clear when he recognizes the fact that if anyone needs to be protected as a religious group, it would be the Jews because they seem to be on everyone’s hit list.

He seems confused by the fact that Jews would reject any geographic location other than Israel for our national homeland and says that if we wouldn’t build our home in British Columbia if so offered, then religion is clearly the basis for the establishment of our state. I wonder, however, if France were to become too unsafe for the French, given the large number of Islamists who have moved there, would they agree to relocate their national homeland to BC? Can you see a New Paris on the west coast of Canada without the Eiffel Tower, the Champs-Élysées and the Seine, to name just a few of the important historical-geographical markers of French identity? We Jews also have our significant markers on the ground that make Israel our home for historical and not religious reasons.

Secondly, he does not believe the Bible serves as a legitimate claim to land ownership. Harris perhaps should expand his education on this topic and read archival materials unrelated to the Bible (such as those found among ancient Egyptian, Greek and Roman documents) and reports on archeological discoveries around the Land of Israel. And that is in addition to exploring the deeds recording land ownership and purchase over the centuries.

One thing I greatly appreciated in his article is that Harris refers to the land gained by the Six Day War as ‘contested land’ rather than ‘occupied territories’. In this he stands out from the great majority of our critics, including our own Jewish anti-Zionists outside of Israel and our fellow Jewish Israelis on the far left of the political spectrum

While he does not believe Israel has the right to exist as a state, he accepts the fact that it does and that we Israelis are right to defend ourselves against those that want to murder us. We don’t need Harris or anyone else to give our nation legitimacy, but it is, for me, a breath of fresh air to be able to engage in reasoned discussion with someone who obviously has made the effort to understand what is really happening in our part of the world.

I recommend you read his article in its entirety; I hope you enjoy it as I did.