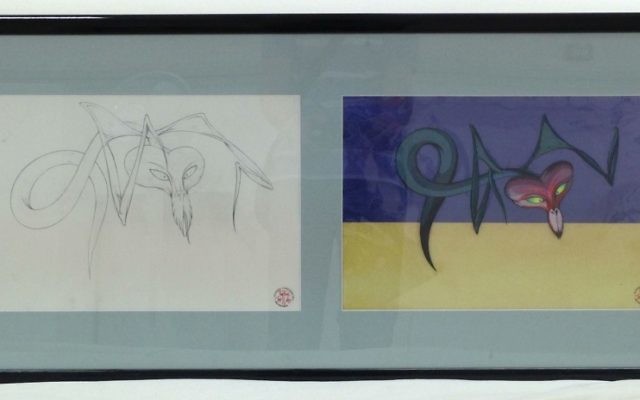 I’ve got to admit it, Pink Floyd was a major part of my University experience. I’m pretty sure I drifted off to sleep with “Wish You Were Here” playing for three straight years. I wasn’t around to know Pink Floyd in their earliest days but I am pretty much note perfect on Dark Side of the Moon and The Wall.

In various ways, because I knew them since Roger Waters formerly left Pink Floyd, I’ve managed to see various combinations of the musicians who played on those iconic albums. I’ve seen Gilmour, Mason and Wright together, I’ve seen Waters on his own, I’ve even seen Waters and Mason together.

To my shame I even own an original hand drawn Gerald Scarfe sketch and the animation cell that it became in the Pink Floyd film “The Wall”. Remember the days when animations were hand drawn and hand coloured? I say shame because Scarfe’s recent work would have enjoyed top billing in Der Stürmer.

The problem is Roger Waters has now attached himself to the word Wall: any mention of a wall and up pops Roger demanding “tear down the wall”. Walls are wrong, I’m sure he never locks his doors at home either.

He refuses to travel to or play in Israel, puts out wooly and misleading statements comparing Israel to apartheid South Africa and thinks our security barrier, which has saved hundreds of lives, is the same as the Berlin Wall.

Last week a reader of our Israellycool blog sent us an email he’d just received from Israel’s nation airline, El Al, advertising a special concert and flight package in Budapest. Of all the artists in all the concerts in all the world, why’d they have to pick this one to promote?

“This matter was brought to my attention yesterday afternoon,” Sheryl Stein, an advertising/public relations/social media manager for El Al, wrote in an email to JNS.org on Thursday.

“Our Head received my email this morning and I am pleased to say this issue was resolved in a timely manner. On a regular basis, EL AL offers passengers packages to cultural events around the world. As soon as this sensitive issue was brought to our attention, the package was canceled.”

It’s nice when one can get results. Israelis can go see Roger Waters if they choose, El Al doesn’t need to help him sell tickets.

Meanwhile I still have to decide what to do with my Scarfe cartoon. It was taken down in an office move and I haven’t hung it again. Perhaps I should sell it and donate the proceeds to groups that help Jews settle in Judea and Samaria, what do you think?