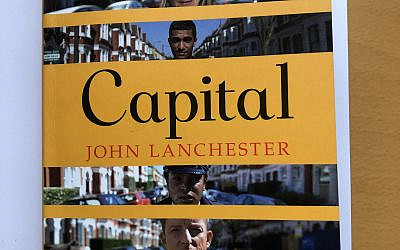 The book (which has also been made into a BBC TV drama) consists of a great many short chapters, each one describing the inhabitants of one of the houses in Pepys Road, South London. The houses were originally built for lower-income families, but the boom in property prices in London has made it more attractive for higher-income families, although some of the original residents have remained in place. Consequently, anyone owning a house there is rich, either before moving there or afterwards, if they remained there long enough.

The descriptions of the various families and individuals who live in the road starts in December 2007, when eighty-two-year-old Petunia Howe, the only resident to have lived there all her life, is looking out of her window waiting for a Tesco delivery van. This has been organized by her daughter, Mary, who lives in Essex, to save her elderly mother having to go shopping.

The Yount family lives in the house opposite. Roger Yount works in a bank in the City and is paid a handsome salary, with occasional bonuses. His wife, Arabella, enjoys the standard of living that her husband’s salary provides, employing nannies for their two small boys, engaging in extensive renovations of their house (and their house in the country), and indulging in expensive shopping and lunching sprees with friends. Nonetheless, she resents the fact that her husband works long hours and does not help with the children, so she has arranged to go away with a friend to a spa for Christmas, leaving Roger to handle the situation on his own.

Other residents of the road include the Pakistani family which owns the corner newsagents and general store, and live above it. We also meet the Polish builder Zbigniev, known as Bogdan by Arabella, for whom he does occasional building jobs in the house, and Smitty, the seemingly mysterious installation artist who is Petunia’s grandson.

As we get to know the various families and individuals, we are treated to a detailed account of Roger Yount’s job in the City, which involves a great deal of information about the intricacies of currency and stock-market trading, as well as interpersonal rivalries within the bank. We learn, too, about the life of a newsagent, with the daily grind starting well before dawn when the first newspapers are delivered and have to be unpacked, shelves have to be stacked and the till and the shop have to be tended. The life of a Pakistani family evolves before the reader’s eyes in all its English ordinariness as husband and wife try to balance work and home life while attending to the needs of the shop, their children and the father’s two adult brothers.

All in all, the detailed accounts of the very different lives of the various families offer an intriguing insight into situations and individuals in contemporary Britain which I found both fascinating and entertaining. The story covers the course of a year and ends in November 2008, during which, naturally, things happen. Arabella goes on holiday leaving a nasty note for her husband, who hires a new nanny. This turns out to be an attractive young Hungarian woman, but the expected love affair does not take the course the reader has anticipated, although Roger’s lascivious thoughts do.

Mysterious postcards are sent to the various houses, the police are brought into the picture, and eventually all is made clear, although only after one of the members of the Pakistani family has been erroneously arrested and interrogated, Roger Yount’s life has undergone a radical transformation and Petunia Howe has suffered a serious illness.

I don’t want to give too much of the story away, as there are all kinds of twists and turns, but suffice it to say that the book provides a well-written and enjoyable picture of the human kaleidoscope that constitutes contemporary London.