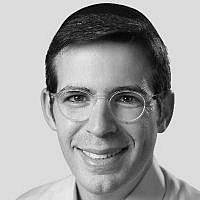 In the early 1950s, a Turkish-American psychologist named Muzafer Sherif conducted a 3-phase study, called the Robbers Cave experiment, that changed how the world saw group dynamics.  In this study, two randomly assigned groups of roughly 20 pre-teen boys each participated in what they thought was a regular summer camp.  They chose names (Eagles and Rattlers), ran activities, and developed social norms and hierarchies.

In phase two, these two “camps” were pitted against each other in a color-war type tournament for which there was a winner and loser.  Although the study’s developers had manipulated the games to create competition over limited resources—a trophy for the winners—researchers seemed surprised by how quickly the tensions between these two groups escalated as the campers competed: insulting language, raiding cabins, burning each other’s flags, and even being physically aggressive towards members of the other group.  Indeed, based on responses to questions, as the clashes grew more intense, so did the contempt for members of the other group, and the belief in their own group’s virtue.

Somehow, researchers were able to turn randomly assigned strangers into bitter rivals in a matter of weeks.

I thought about this nearly 70 year old study over the past couple days.  In a two-party democracy, where elections (eventually) result in winners and losers, passionate competition will always arise.  It is a zero-sum game, a competition for limited resources, and there has yet to be an election cycle in my lifetime in which politicians of all stripes do not rile up their side with nastiness and fearmongering about their opponents.  It is the passion and ferocity demonstrated by 12 year old in Dr. Sherif’s experiment that we see every two years among grown women and men; in some ways, it is exactly this tempestuous energy that has compelled American progress and given American democracy its staying power through the generations.

Despite my appreciation for the fervor of American politics, like almost everyone else I know I was shaken by the sight of rioters forcing their way into the world’s capital of democracy and freedom, even in a year when nothing seems shocking anymore.  There was something jarring about a national leader, the sitting President no less, agitating an already volatile crowd, and offering a weird, weak, mealy-mouthed, entirely inadequate request for the rioters to “go home.”

In some ways, the saddest part is that the partisanship and tribalism that fueled this tragic event, which is endemic to both sides of the aisle, comes at exactly the wrong time for America and the world.  As the Robbers Cave experiment showed, at a time of limited resources, the urge is to retreat into closed groups, with tendencies of antagonism toward those not in your group.  When the economy is faltering, anxiety is soaring, institutions are weaking—people seek shelter within their groups, and they view outsiders as lethal competitors. However, as we are seeing, following this urge leads down a dark path.

But Dr. Sherif’s study also showed us a way forward.  How did he bring the two sides together? Resolution came when obtaining a mutually beneficial goal was only possible through cooperation. A fabricated water shortage on their campsite could only be fixed with both teams’ participation.  As the two opponents were forced to work together, their defenses dropped, and they began to reconcile.

The pandemic has provided us with many common goals that can only be achieved through cooperation.  Rebuilding the economy, healing the sick, providing for the less fortunate—these are all tasks that cross party lines and require teamwork to get done. One wonders whether it is asking too much from the leadership to be willing to find common goals that can heal the nation.  If the past few decades are any indication, the lofty vision of harmony among the political leadership has a very short shelf life.  It may also be too much to ask ourselves to act differently than the 12 year old boys in Robbers Cave.  Maybe this within group tendency is too great to overcome, and we are forever doomed to see our differences of opinion turn into lethal tribalism.

But maybe there is room for optimism.  In an unexpected source of inspiration, Senator McConnel and Speaker Pelosi returned to the Congress just hours after being evacuated to complete the job of verifying the election, a task that required both of them to complete.  Despite the long history of personal attacks, disingenuous political maneuvering, and entrenched tribalism displayed by Republicans and Democrats alike, when a common goal was identified, there was the possibility, ever so briefly, for collaboration and positive regard.  Will this cooperation toward common goals to help lift America and world?  Probably not.  But we can learn from Dr. Sherif that at least there is a way forward out of this darkness if we choose to take it. 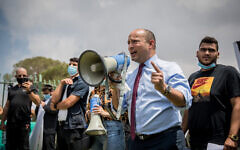