Turkey and Israel are haggling like two men in a bazaar. On sale is the normalisation of diplomatic relations, and Turkey is driving a hard bargain.

After the Mavi Marmara incident, Turkey withdrew its ambassador from Tel Aviv and expelled Israel’s ambassador from Ankara. Turkey demanded Israel apologise; Israel offered a statement of regret; in the end, Turkey accepted an apologetic statement of regret. Israel thought it was shaking hands on normalising relations, but then Turkey started bartering over compensation. Israel offered $100,000 for each of the nine Turks killed during the raid on the flotilla; Turkey laughed in its face. Israel upped its offer to $1m per casualty; Turkey grew angry: “Too low, too low!”

Israel asked Turkey to name a price. Turkey demanded a total package of $30m. Israel’s jaw dropped, but it agreed to meet Turkey halfway on $15m. Turkey shook its head, but Israel desperately needed to seal the deal, so has now offered $20m. Turkey refuses to blink. Western diplomats, watching through the nargila smoke, suspect that Israel’s final price is $23m and not one dinar more. Israel, however, refuses to be ripped off, and expects Turkey to throw in a couple of extras, including blocking lawsuits against IDF soldiers and ceasing to harangue and bully the Jewish state in the media.

If Israel coughs up, however, it would not be the first time that it has paid for diplomatic relations with cash. 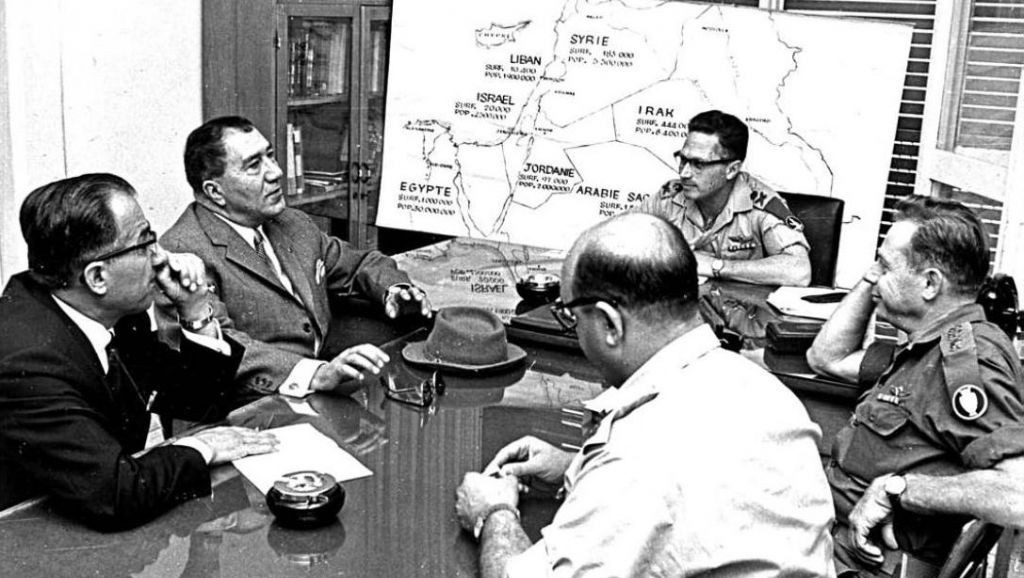 In 1950, Israel paid $400,000 for recognition from Iran. The money was payable directly to the prime minister, Muhammad Sa’ed Maraghei, who had demanded the baksheesh; the press received a small cut too, to buy public opinion. Iran had voted against Israel’s admission to the United Nations, and wanted dollars to change its tune: it had initially demanded $240,000, but then wanted more to pay off the cabinet.

Israel was loath to pay, and at first refused: the demand for a bribe was an affront to Israel’s honour, was an extortionate sum, and might set a dangerous precedent of cash-for-recognition. But Iran was the only escape route for Jewish refugees from Iraq at the time, and Iran looked set to implement an expulsion order to deport the Jews back to Iraq.

Israel could ill afford, therefore, to anger the Iranian prime minister by spurning his initiative: Jerusalem feared that walking away would “bring a holocaust on the Jews”. Reluctantly, Israel agreed to the deal, but refused to be a sucker: for 14m rials, it expected the Iranian prime minister to assist in the migration of the Jews from Iraq, and paid him a 15 percent advance for a press statement on opening Iran’s borders to refugees. In March 1950, the cabinet voted for de facto recognition.

Iran then began dragging its feet: Maraghei took off with his treasure chest, and the new prime minister was left facing a barrage of criticism from all quarters. Subsequently, Iran refused to allow Israel to establish a full diplomatic legation, and then backtracked on a promise to let it open a special mission. The next year, Iran closed its consulate-general in Jerusalem, leaving Israel short-changed and feeling swindled.

Then, as now, Israel was totally isolated in the Middle East and looked to break Arab hostility by cementing friendships on the region’s periphery. Then, as now, however, these states were held back from fully normalising ties because of vicious domestic and regional opposition to friendly relations with the Jewish state.

Iran’s government did not expect a major pay-off from relations with Israel, so it wanted cash to make the deal worthwhile. Likewise with Turkey: its interest in relations with Israel is not strong enough to overcome domestic opposition to normalising relations unless Israel first comes grovelling with its chequebook. If Israel pays, therefore, it should not be surprised if the deal doesn’t stick: the fact that such a deal has to be made points to how shaky its foundations are. If Israel compensates Turkey, the reasons that are really holding back the Turkish-Israeli partnership – be it Islamist anti-Zionism or Turkey’s geopolitical objectives vis-à-vis Iran or the Arab world – are not going to go away, and certainly not overnight. Money will not go very far, when the root causes of the problem are plainly not economic.

Israel’s cheque purchased recognition for 29 years, until Iran severed relations in 1979 after the Islamic Revolution. That payment of $400,000 was the equivalent of $3,900,000 in today’s money, or just over $130,000 a year. So if Turkey is offering the same terms as Iran, $30m should last well over two hundred years.

If it sounds like a bargain, it’s because Turkey is selling dodgy goods.

About the Author
Eylon A. Levy is a news anchor and correspondent at i24NEWS. He is a graduate of Oxford and Cambridge. Get in touch: eylon.aslanlevy@gmail.com.
Comments