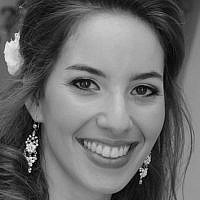 The Blogs
Libbie Snyder
Apply for a Blog
Advertisement
Please note that the posts on The Blogs are contributed by third parties. The opinions, facts and any media content in them are presented solely by the authors, and neither The Times of Israel nor its partners assume any responsibility for them. Please contact us in case of abuse. In case of abuse,
Report this post.

It’s July 4th, and as my Facebook feed bombards me with images of my friends and family smiling at red-white-and-blue barbecues, all around me is quiet. Of course in Israel, you wouldn’t know it’s the Fourth of July if you didn’t check the calendar. But this year feels different, almost as if we feel unsure about celebrating.

How are we, as American-Israelis, supposed to recognize the Fourth of July this year? The quandary reminds me of the time when I was out partying on Israel’s Independence Day and got the notification on my phone that my hometown’s marathon had been bombed. I didn’t know how to continue my night, I felt paralyzed; and yet I felt I had to stay out, as hard as it was, or else I’d be letting the terrorists win. This year, it’s the opposite. As a proud American, I feel it’s important to acknowledge the Fourth of July, even while we are mourning the loss of our three boys.

After all, Naftali Fraenkel was an American citizen. At his funeral, his mother Rachel eulogized that Naftali loved to sing, smile, and be happy. Just as we choose to toast our nations even in times of grief, we must also make a conscious effort to memorialize these boys’ bright lives, and not just their tragic end. May we remember their smiling faces, the good things they brought to our world, and not just their 911 call.

Sometimes we celebrate the Fourth of July or Yom Haatzmaut because we don’t really have anything better to do, it’s fun, and hamburgers are tasty. Other times (like this year and last) it’s not that simple. The decision to mark the occasion becomes a symbolic gesture, both to ourselves and to our enemies. It becomes a statement. Whether we agree with our government’s policies or not, we recognize certain fundamental core values that our nation strives for, and that’s what makes us proud to be an American or proud to be an Israeli.

It’s easy to think: does it really matter, especially as an expat, if I go out or stay home today? What difference does it make? I’m still devastated by the news of this week. But maybe there is a reason to wave an American flag today. If nothing else, we’re doing it for ourselves; to remind ourselves that we are fortunate to be part of a nation that values human life, human rights, democracy, justice, and freedom.

To my fellow Americans in Israel, I say: Let’s go out and raise a Budweiser today in honor of Eyal, Gil-ad, and Naftali. And Muhammed Abu Khdeir. Their lives were bright and deserve to be remembered with smiles as well as tears.

About the Author
Libbie Snyder manages a freelance writing and editing business from Tel Aviv, serving high tech and startup companies across Israel. She earned her BA in English Literature from Montreal's McGill University. Originally from Boston, she made aliyah in 2009. Libbie lives with her husband, two children, and two cats in Tel Aviv.
Comments