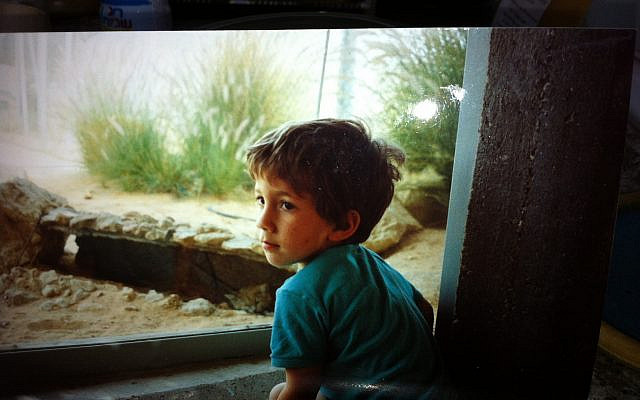 Each child brings us a whole new world. (courtesy)

Very early on a sunny weekday morning, her bot assistant still deep in sleep mode in their corner of her empty classroom, Ms. Brilliantine sat comfortably at her desk. Sighing, she sipped at the tea she had just brewed for herself in the kitchen corner rather than disturb Cinzano to do it for her. Brewing her morning tea was among the cherished ritual perks they enjoyed presiding over, like some devoted butler bot to a noble household. The image amused her, banishing briefly the fatigue of too little rest.

What a lousy night! Having slept poorly, tossing and turning, with the approach of dawn she had finally abandoned the attempt at some quality sleep time of her own. Showered and dressed, meditated and stretched, she had set out for school, intending to sit alone awhile and ponder the coming challenges without distraction. One thought, the imminent arrival of the Dolphin Returnee children,  kept flitting through her mind like a butterfly, alighting first here, then there, always present. Her walk to school was generally a pleasure in any weather and today had been no exception. Two dragonflies working the hedgerow alongside the path had accompanied her for a while. Birds chirped and trilled their morning greetings from every direction. Summer session was nearly over now, fall planting was approaching, and the air had an anticipatory edge to it.

Last spring’s kindergarten graduation was already a fading memory, she realized, crossing the schoolyard. This fall’s batch of new children would soon be arriving and some of them would be her students. Along with the entering local children would come the Returnee children of kindergarten age from the recently arrived Explorer Starship Dolphin. All of them, with their families, were still in quarantine to nip strange disease vectors in the bud. Soon the passengers and crew would be released and their integration into the community, and the schools, would begin. The unknown had arrived from the boundless galactic distances and was heading straight for her classroom: integration ground zero.

Now, at her desk, cupping her hands for comfort around the mug of tea, Ms. B allowed herself a leisurely review of the various angles of the Returnee phenomenon. Every so often, after some number of years or decades, a signal would arrive from an incoming explorer starship within hailing range and closing. Of course, none of the people aboard were actually returning to a planet from which they had departed. Many generations had been born and died between the lifetimes of those who had left and those who (in local parlance) returned, but the newcomers were known as Returnees anyway. They brought home with them the DNA of the long-departed ancestors in their bodies, however modified by environment, intermarriage with outworlders, diet, or chance mutation. They brought the logs and journals of generations of long-departed crew and passengers in their analog, digital, and quantum archives. And they brought a host of social challenges, not the least of which was the assimilation of their children into the school system. They and their children would be, for all intents and purposes, immigrants. With them would come, inexorably, change. Into her own classroom, into the school, into the wider public arena. While she had been schooled all her life to value change for its own sake and to seek its benefits with optimism, Ms. B was too pragmatic to deny that change was also daunting.

This was the part that preoccupied her from a professional standpoint. Based on her reading, Ms. B knew that each batch of Returnees over the centuries had proven to be a unique and distinct community with all kinds of customs and rituals of its own, often bearing little or no resemblance to earlier cultures on the home planet and even less resemblance to life as it was lived here today. These disparities were only natural after so much elapsed time. More significantly, Returnees generally spoke their own evolved dialects that were, at best, only partially intelligible to those who were waiting to welcome them. The adults from the ESS Dolphin, including Returnee schoolteachers, would be given language training in community or workplace settings. The children would spend their first few months at school learning to understand today’s version of the spoken language of their antecedents’ home planet. Luckily Cinzano and the other classroom bot assistants could help with both translation and tutoring after a crash course in the Dolphin Returnees’ language and cultural context. In fact, they might bring back more than one language. There were precedents in the archives for such cases. And eventually there would be opportunities for locals to learn the language(s) and customs of the Returnees. The dynamic was planned as a dialogue of equals, not coerced enculturation. A noble aim, Ms. B thought now, and only time would tell how realistic it was.

Historically, Returnees had typically been peace-loving and well-intentioned. The universalist ethos of the outgoing Explorers – more Star Trek than Twilight Zone, as her Uncle Morty, an Ancient Earth Studies specialist, put it – had evidently stood the test of intergalactic time quite well. Nonetheless, Ms. Brilliantine and the other teachers knew that the integrative transition they were about to facilitate would not be a simple one – not for the new children and not for the locals. Fortunately, there were plenty of training materials old and new to aid the staff in helping the children cope. Ms. B had already done some inservice training on the language issues and felt reasonably confident on that score. One of the local high school teachers had been a child on the previous starship to arrive, the ESS Emerald, decades ago. She would come and consult for this Return, no doubt. That would be invaluable. And some of Ms. B’s students every year, though born and raised here, were the children or grandchildren of Returnees from that earlier cycle. As the years passed, however, the Returnee component of their family identity tended to fade into the background, even as aspects of their otherworld experiences found their way into the local culture. This was the essence of such change. Some things were gained, some lost; some things altered, some endured. Diversity sustains life.

Sipping the last of her tea, Ms. B resolved to stay focused on the bright side. Returnee children would surely bring new songs, new games, and new stories – which they would be able to share more fully as they became more fluent. Not to mention new questions to consider, new and doubtless fascinating holiday customs, delicious new family recipes… new toys for show and tell. Ms. B was always looking for new material. The poem on grief that Kaepernick had read to the class recently had sparked some very worthwhile discussions that went on for days, but archival gems like that appeared only rarely.

Ms. B put down her empty mug and sighed. She yawned, stood up, and stretched her arms above her head briefly. Her summer session children would be arriving in no time. She could hear the faint hums, whirs and clicks as Cinzano emerged from sleep mode.

Cinzano: Top o’ the morning to ya, Ms. B! I’m surprised to find you here so early. Already brewed some tea, I notice. How are you? Is everything all right?

Ms. B: Good morning, Cinzano. All is well, thank you. I trust you had a restful night?

Cinzano: Oh – good one, Ms. B. You know my nights are uniformly restful. But… (zooming in on Ms. B’s face) …too bad we can’t say the same for everyone here.

Ms. B: Everyone who? There’s only you and me so far.

Cinzano: I rest my case.

Ms. B: (wondering how, about to turn thirty-six, she had so mismanaged her life that her class bot assistant knew her better than anyone else): I suggest we have a little less restfulness and a little more activity areas prep. What do you say, old bot? Shall we?

Cinzano (magnanimous): By all means, Ms. B (rolling along beside her toward the storage cabinets). By all means. Let’s do prep.