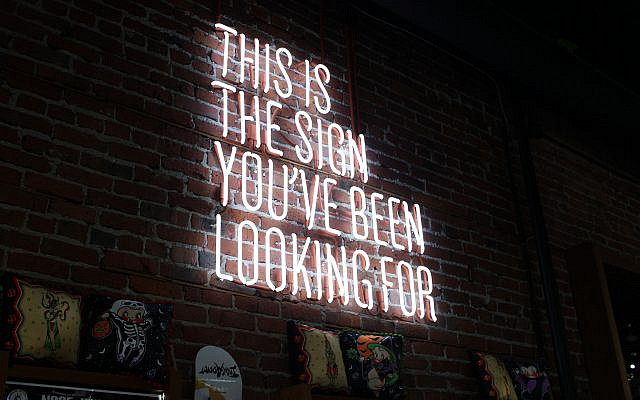 The holy Baal Shem Tov, who lived from 1698 to 1760 and was known as the “master of good name,” taught that everything in the universe, from celestial beings to humans to a grain of sand, is controlled by God’s full knowledge and will. The Baal Shem Tov would say, “When the wind blows and turns a leaf from one side to the other, this is by Divine intention.” “There is a specific reason for this.”

One of his students had difficulty grasping this concept. The Baal Shem Tov instructed this student to go to the forest, stand by any tree, and follow the first leaf that is blown from the tree. The student did this, and the leaf ended up between two stones. The student went a little closer and noticed a worm crawling out from between the rocks and starting to munch at the edge of the leaf.

When the student returned to the Baal Shem Tov, even before he had a chance to say anything, the Baal Shem Tov said, “God who sustains the entire universe, prepared this leaf so it should reach this hungry worm. Everything that happened to this leaf happened because of God’s will.”

As a result of this principle, the Baal Shem Tov taught that everything a person sees or hears must be interpreted as a direct message from God.

Once, the Baal Shem was sitting with his students, and a wagon driver yelled into their room of study that he needed help pulling his horse and wagon out of the mud. The students, not wanting to lose even a millisecond of learning from their master, responded to this cry for help by saying, “We are not able (to help you).”

The frustrated wagon driver yelled, “You can help, you just do not want to.” With that, the Baal Shem Tov addressed his students and said this was a message from God that was needed. When we think we cannot improve and do more, it is not true; we do not want to. Every day we wake up, God has faith in us and allows us to progress further than the day before. Every person with enough resolve can reach the highest levels of personal improvement.

Once, a great Rabbi told Rabbi Shneur Zalman that he had decided to move to another city. Rabbi Shneur Zalman told him, “Who told you that your soul came down to this world to be a Rabbi in the city you intend to move to? By Divine providence, God put you in the city you are in, to illuminate it with the light of Godliness. When you fulfill your mission in this city, the Providence of Above will direct you to someplace else.”

Chassidim would say, “There is nothing ‘by chance,’ although sometimes things may happen that wasn’t planned.”

Rabbi Menachem M. Schneerson, the Lubavitcher Rebbe, would almost always respond to people who were trained in specific fields and wanted to drop their training for something else that was inadvisable. “If by Divine Providence, this is what you have become proficient in, then this must be your mission.” Rabbi Schneerson would advise them to find ways to use their field to further goodness in the world, which would bring greater happiness and success to the person.

Everything that happens in our lives is Divine Providence, meant to help us, in some way, move forward for the better on our journey called life.