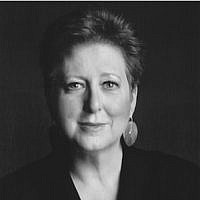 The Blogs
Caryl Stern
Apply for a Blog
Advertisement
Please note that the posts on The Blogs are contributed by third parties. The opinions, facts and any media content in them are presented solely by the authors, and neither The Times of Israel nor its partners assume any responsibility for them. Please contact us in case of abuse. In case of abuse,
Report this post.

This week, as I gather my family together for the Passover Seder, there are two messages that I hope the children we are teaching the story to will take away with them: preventing hunger and celebrating freedom.

At the beginning of the Seder, we will join thousands of Jews around the world reciting: “All who are hungry, let them come and eat”. We will say these words while millions of children suffer from, or have recently died due to malnutrition. Globally, about 164 million under-five year olds are estimated to be stunted worldwide – they are too short for their age – a form of chronic malnutrition that has irreversible cognitive and physical effects after age two, impacting a child’s health and development for the rest of his or her life. At the same time, about 17 million children are severely wasted – meaning they are severely underweight for their height, and at a high risk of death. Nearly half of all deaths of children under five are attributed to malnutrition.

It’s hard to believe, now in the twenty-first century, when we have greater capacity than ever to promote children’s health and development that so many children still lack access to nutritious food and safe drinking water. More than 1,000 children perish daily from diseases directly linked to unsafe water or a lack of basic sanitation facilities.

These numbers are staggering, but no abstraction for me. I have seen the results of malnutrition across the globe. I have seen malnourished children in the Camps in Sudan, stunted young girls and boys in the Horn of Africa, and protein-deprived infants in Mozambique and the hills of Vietnam and Haiti. No matter their location, the symptoms are the same — the agony of hunger know no borders.

The other message of the Passover holiday, of course, is freedom. Delivering the Jews, who were slaves in Egypt, out of bondage. It serves to remind us just how many children today are prisoners, forced into soldiering, or victims of child labor and trafficking.

It is estimated that there are 168 million children worldwide who are engaged in child labor, often without any pay and facing physical and mental hazards. Of these, there are an estimated 5.5 million children who are victims of child trafficking around the world, suffering exploitation in industries that rely on sweatshops, not to mention prostitution and forced marriage.

The twin messages of the Passover Seder of stopping hunger and enhancing freedom are ones we can not only take to heart but also act upon. We can significantly reduce both child malnutrition and forced labor through advocacy and generosity to humanitarian programs. If the point of retelling the story of Passover each year is to teach our children, then let us teach them this lesson: that helping the world’s most vulnerable children is something we should remember not only at Passover but throughout the entire year.

About the Author
Caryl Stern is President and CEO of the US Fund for UNICEF. She is a leading activist to save and protect the world’s most vulnerable children.
Related Topics
Related Posts
Comments