The Blogs
Anson Laytner
Apply for a Blog
Please note that the posts on The Blogs are contributed by third parties. The opinions, facts and any media content in them are presented solely by the authors, and neither The Times of Israel nor its partners assume any responsibility for them. Please contact us in case of abuse. In case of abuse,
Report this post.

When Presidents Trump and Xi met this past week, the issue of China’s crackdown on the Kaifeng Jewish descendants was not on the table for discussion. Nor should it have been. They had more important things to talk about: North Korea, tensions in the South China Sea, trade relations, environmental matters. But someone (that would be me) does need to ask the question: Why do certain Chinese authorities seem so intent on obliterating the identity of this miniscule group of people?

For over a thousand years, there has been a Jewish community in Kaifeng. They came by sea and land routes to one of the great cities of the time, settled there, built a synagogue complex and flourished for centuries, creating a unique Chinese-Jewish theology and way of life.

The decline of the community coincided with China’s decline in the 1800s and by the turn of the 20th century only memories sustained its members. Nonetheless, they leapt at any chance to revive their community, pleading time and again with visiting Western Jews and Christian missionaries for help in rebuilding their now demolished synagogue. In censuses taken in the 1920s and early 1950s, some Kaifeng Jewish descendants wrote “Jew” as their nationality affiliation, an identity that was confirmed in local identification papers until the mid 1990s—testimony to the persistence of Jewish memory and identity despite great odds.

After China opened up in the 1980s, Chinese authorities allowed, or at least turned a blind eye to, Western Jewish efforts to help resuscitate the community, which today numbers approximately one thousand souls. A school was established and communal gatherings commenced under guidance of Western Jewish teachers, some from Israel, others from America. Some Kaifeng Jewish descendants immigrated to Israel but maintained close ties with their families back home. The Kaifeng Jewish descendants were beginning to connect with their Jewish heritage in a significant and more knowledgeable way.

But all this came crashing down in 2015 when the authorities precipitously began a crackdown on all aspects of Jewish life in Kaifeng. They shut down the school; expelled Western Jewish teachers; closed all museum exhibits on the Kaifeng Jews; took down all historical signage and markers that designated the ancient Jewish neighborhood; filled in and closed off a well revered by the Kaifeng Jews as the last remaining part of their long-destroyed synagogue complex; suspended Jewish tours to Kaifeng; and prohibited the Kaifeng Jews from meeting collectively, although individual Jewish families still are able to gather to observe Jewish holy days as best they can.

Some China experts link these actions to similar tactics used by the authorities to curtail the activities of unauthorized Christian churches, but the Kaifeng community is, after 1000 plus years, all but indigenous.   They are not embracing a foreign religion; they are attempting to reconnect to their own culture and faith. Furthermore, excepting a few publicized actions, Chinese officials continue to permit these churches to function; but the Kaifeng community remains in lockdown.

One might be tempted to label this anti-Semitism but that is not the case.

At the heart of China’s “Jewish problem” is a contradictory policy first set down in 1953 by the Central United Front of the Communist Party decreeing that “Kaifeng Jewry should be treated as a part of the Han nationality” with the caveat that the authorities should “educate the local Han population not to discriminate against or insult them. This will gradually ease away the differences they might psychologically or emotionally feel exists between them and the Han.” But simply by stating the issue in this way showed that a distinction in identity existed in the authorities’ minds, just as it did with the Kaifeng Jews.

About the Author
Rabbi Anson Laytner of Seattle is currently president of the Sino-Judaic Institute and longtime editor of its journal Points East. He is the co-editor, with Jordan Paper, of "The Chinese Jews of Kaifeng." Before retiring, he taught at Seattle University and worked with the American Jewish Committee and the Jewish Federation of Greater Seattle. His most recent book is "The Mystery of Suffering and the Meaning of God."
Related Topics
Related Posts
Comments 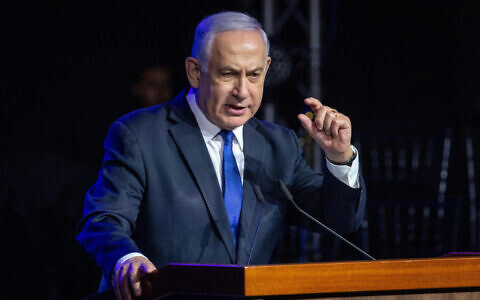 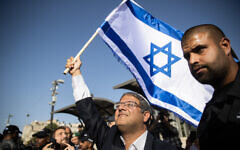 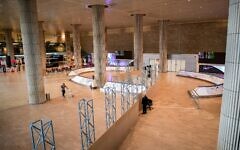 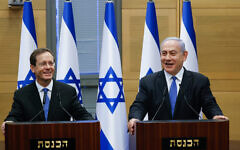 Netanyahu explored a last-minute run for president, but ultimately rejected it
Shalom Yerushalmi 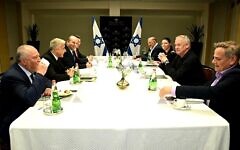 After Netanyahu, a chance for a government of national healing
David Horovitz 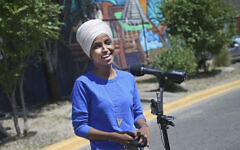