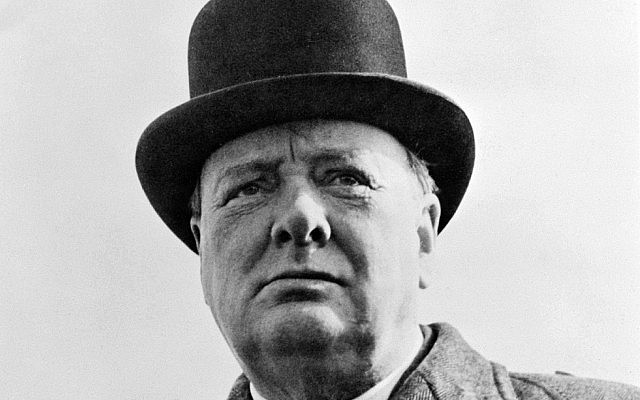 On August 20th 1940, Winston Churchill, the newly elected British Prime Minister, made a speech to the British Parliament in the midst of the Battle of Britain, soon after the swift fall of France. Hitler was attempting to gain supremacy by destroying the Royal Air Force (RAF), employing massive aerial bombing, and launching a land invasion of the British Isles. This would give him total domination over Europe. About 2,500 RAF pilots heroically defended Britain during those months and somehow managed to hold off and repel the German onslaught. In his famous speech to the British Parliament, Churchill declared: “Never in the field of human conflict was so much owed by so many to so few.” These courageous pilots became popularly known as ‘The Few.’

We can also say this about Chanukah and the Hasmoneans. Never in the struggle for Jewish survival was so much owed by so many to so few. They are the ‘The Few’ of our people.

“The Few against the Many”

Our Sages describe the Chanukah story as the victory of “the few against the many.”[1] Indeed, one man, Matityahu the Priest, and his five sons: Yehuda, Shimon, Yochanan, Elazar and Yonatan – one small priestly family known as the Hasmoneans – changed the course of Jewish history forever.

The events took place 2,300 years ago yet continue to echo into eternity. It was a time of Greek world domination, global acculturation and the assimilation of the citizens of conquered nations and minorities throughout the Empire. Judea, the Jewish province, was no exception. The Jewish people were in grave danger of losing their national and spiritual identity and, G-d forbid, vanishing as a distinct culture from the stage of human history.

Had this small Hasmonean family not placed its finger into the dike, standing firm against the raging waters of cultural assimilation, the flame of Torah and Jewish destiny may very well have been extinguished. They displayed an almost superhuman courageousness and faith in the face of impossible political and military odds. They rebelled against the harsh decrees of the Seleucid Greek King Antiochus Epiphanes, who threatened to uproot every last vestige of Torah observance and Jewish custom. This small group of believers grew in number, sparked a revolution, revived a Jewish political sovereign state, brought cultural independence to Judea, rededicated the Temple in Jerusalem and removed all traces of idolatry. They succeeded in not only stemming the tide, but in reinvigorating the Jewish people’s belief in themselves and in G-d, enabling them to overcome the military, political and cultural onslaught of the world’s leading superpower.

Sadly, Matityahu died only a few months after the rebellion began: “And the days of Matityahu drew near… he was about to die and his son Yehuda rose up in his stead… King Antiochus sent 40,000 footmen and 7,000 horses to go into the land of Judah and to destroy it.”[2] Yehuda and his men were heavily outnumbered by about 20:1, and his untrained men faced legions of the best-equipped military force on earth. Four of the five brothers would die yet the few miraculously prevailed.

What was the source of their strength?

On the eve of what seemed like a hopeless, suicidal battle, Yehuda made the following speech to his soldiers:

“And Judah – who was called the Maccabee, said: ‘Victory in battle emanates not from the multitude of numbers but rather in the strength given from Heaven. They come unto us with forms of insolence and lawlessness to destroy us and our wives and children, but we fight for our lives and for our law. It is better for us to die in battle than to look upon the terrible decrees of our nation and sanctuary. Nevertheless, whatever the will of Heaven be, so shall it transpire.’”

Yehuda displayed unshakeable conviction in his mission. He believed that the quality and depth of one’s faith were more significant than strength in numbers. With a passionate belief in a Higher Power and a lofty cause, harnessed with courage and commitment, one can prevail over seemingly impossible circumstances.

Perhaps this explains why the Sages[3] chose to focus on the apparently insignificant miracle of the oil burning for eight days as opposed to the more impressive and miraculous life-and-death military victory over the Greeks.[4]

Fire and light represent the essence of the Chanukah story – the realm of the spirit. More than any other physical phenomenon, they are ethereal and intangible. Almost metaphysically, they behave in a contradictory dual fashion, as both waves and particles. They reflect a meeting point between Heaven and Earth, natural and supernatural. Having pure oil transcending the laws of nature for eight days is significant. The Maharal explains that the number seven signifies the natural world while the number eight the supernatural.[5] The fact that the oil lasted for exactly eight days – no more and no less – further indicates that something ‘other worldly’ was at play. Chanukah is a rendezvous between the deepest reservoirs of human resilience and Divine inspiration and intervention. It celebrates the immeasurable and indomitable strength of the spirit.

The Hasmonean Spirit in Our Times

We live in a privileged generation which has seen a remarkable revival of the Hasmonean spirit. After the Shoah and the destruction of almost the entire Yeshiva world, we have witnessed two miraculous rebirths. One, over the course of a few short decades, a handful of Torah leaders rebuilt the world of Torah study into arguably the largest cadre of yeshiva students in the history of our people. And two, a small band of Zionist pioneers eked out the miracle of modern-day Israel from a desolate Ottoman Palestine – reviving a nation, reclaiming a land, rebuilding a country, revitalizing a language and reigniting our spirit.

The twin rebirths of Torah and Israel continue to highlight the remarkable relevance of the Chanukah story to our tempestuous times. They illuminate the essence of the Jewish experience, whether as a people or as individuals: with a tenacious, burning belief in G-d, in the justness of the cause, and in the necessity and privilege of Jewish destiny, the realistic and improbable becomes the miraculous and the possible.

[1] Al Hanissim prayer we say in the Amidah and in Grace after Meals.

[2] This and the following quote are from the First Book of the Maccabees.

[4] Indeed, the Maharal of Prague (Ner Mitzvah, 2, Chanukah) posits that Thanksgiving and Hallel are instituted when the Jewish people are miraculously saved from a collective life-threatening situation (such as the Maccabees against the Greeks) and not when afforded the opportunity to fulfill a mitzvah (lighting the Menorah). This is also evident from Al HaNissim, which highlights the enormity of the military victory and makes no mention of the oil. Furthermore, we could add that the oil miracle was not that impressive compared to the 10 ongoing miracles in the Temple (Avot 5, 7). Also, the Menorah could have been lit from impure oil if no pure oil had been found. In short, the miracle of the oil was relatively unimpressive, seemingly unnecessary and certainly no basis for fixing a festival.

A version of this article appears in Mizrachi’s HaMizrachi global publication for Chanukah, with 54,000 copies distributed in 700 communities around the world and online – https://mizrachi.org/hamizrachi/