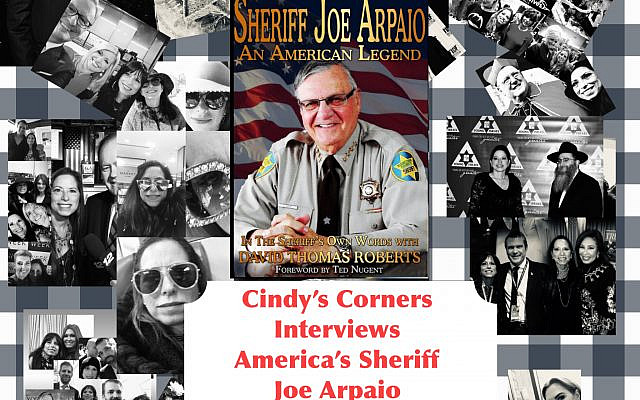 Right before Tuesday’s election, I interviewed, Sheriff Joe Arpaio, of Arizona. He was the first public figure of the state to endorse President Trump in 2015.

At that point, he was working tirelessly on the re-election President Donald Trump.
My very first question was about the possible outcome in in his state. 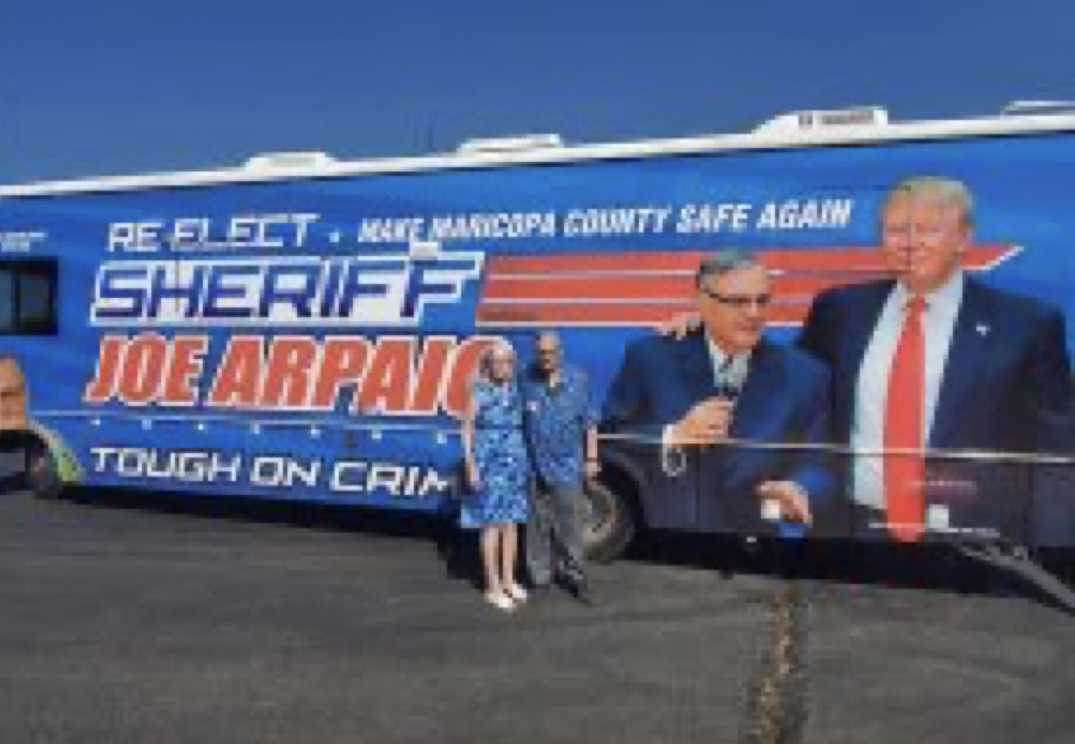 People support law and order. People support legal immigration and safety with our neighbors. Arizona might be changing but if you ask anyone, they want safety…

Little did we know just how important Maricopa County would be a week later.

Arpaio is also working on helping those in law enforcement protect themselves from a bias media and misleading facts during the “defund the police” movement. He will fight for those who risk their lives everyday through his new organization.

He recently wrote the bestseller, An American Legend, The Fascinating And Untold True Life Story of America’s Most Beloved Crime Fighter.

Long before Joe Arpaio became known as “The Toughest Sheriff in America”, a title coined by the media, he already had a stellar career serving his country in the military and law enforcement. He enlisted in the US Army at the age of 18 when the Korean War started. Following his discharge, he became a police officer in Washington, DC and afterwards Las Vegas, Nevada. Arpaio’s career really took off when he was appointed as a Special Agent in the Federal Bureau of Narcotics, which later became part of the US Drug Enforcement Administration (DEA) where he served over 26 years.

For almost a decade, Arpaio covered many foreign countries when he headed the DEA combatting the drug trade, which, even by today’s standards, was highly volatile and dangerous. When he was headquartered out of Istanbul, Turkey and Mexico City he covered Turkey, the Middle East, Mexico, and Central and South America. He was also a diplomatic attache. In his last years with the DEA, Arpaio continued to gain invaluable expertise on border issues and enforcement as the head of the DEA in the states of Arizona and Texas.

In 1992, Arpaio successfully campaigned to become the Sheriff of Maricopa County, which became the third largest sheriff’s office in the United States with over 3,400 employees. During his tenure as Sheriff, Arpaio was elected to an unprecedented six four-year terms. He consistently earned extraordinarily high public approval ratings. In fact, his 24 years as Sheriff makes him the longest serving elected Sheriff in Maricopa County history. 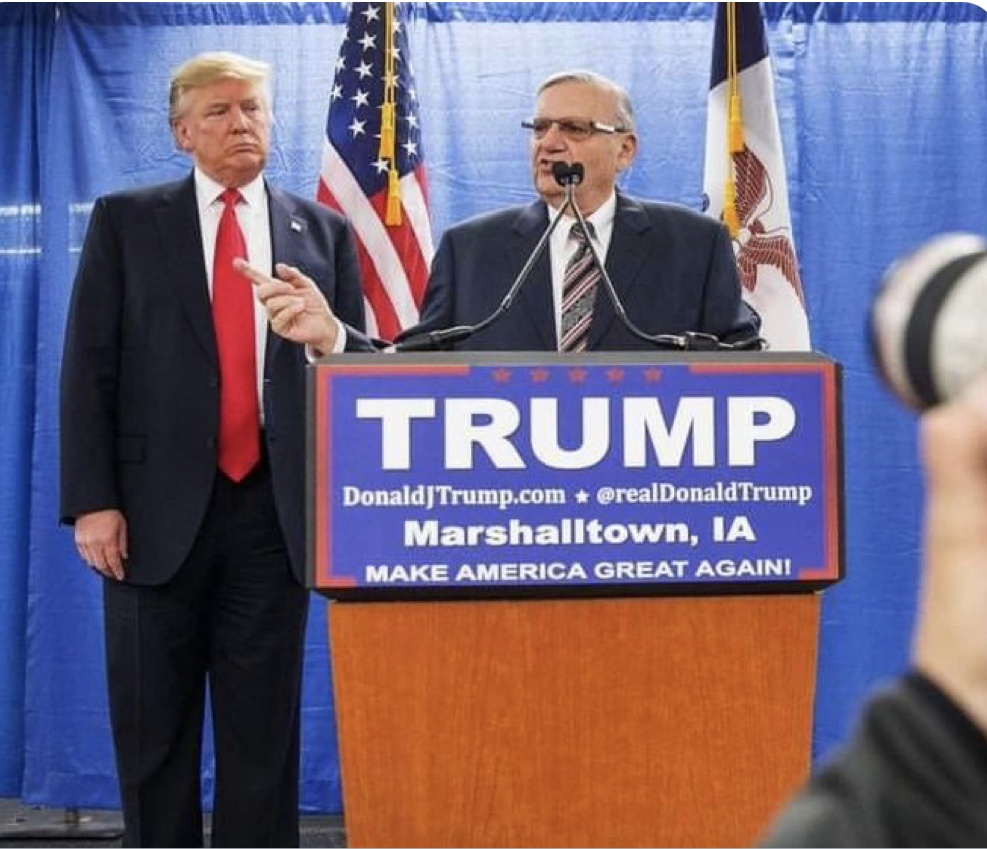 With over 55 years of law enforcement experience, Arpaio knew what the citizens of this county wanted. “The only real boss I have is the public and that’s who I served,” he says. Arpaio is proud that every year as Sheriff, he returned millions of dollars from his nearly 350 million-dollar budget back to the people/taxpayers due to his good management principles. 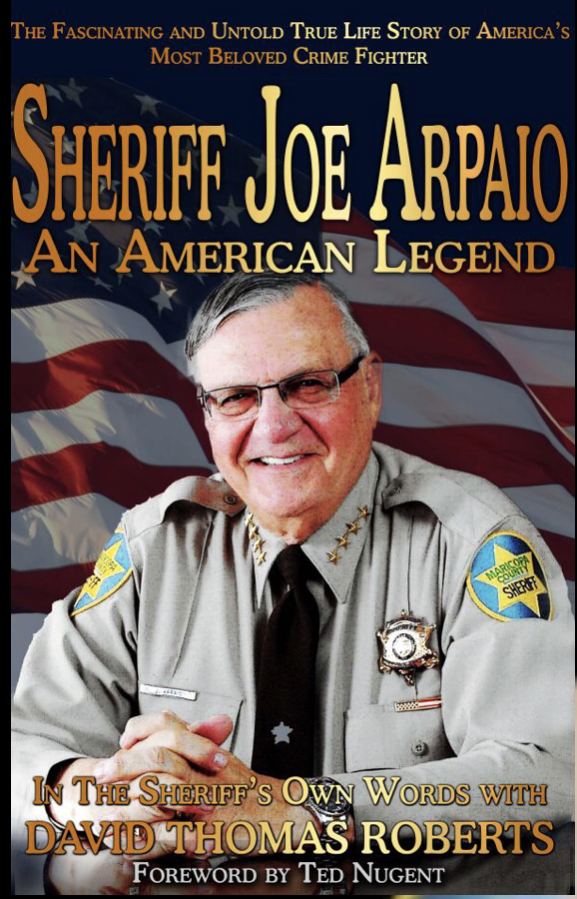 As chief law enforcement officer of the county, Arpaio reduced crime by hard-hitting enforcement methods. For example, his office solved several high-profile murder cases and cracked down on local and international drug traffic. In addition, Arpaio tackled very controversial issues and investigations, including the fight against illegal immigration, and corrupt government officials. He faced fierce opposition from many groups including the US government and media that would prefer him to ignore his duties. Arpaio will not be deterred and will continue to fight for justice for the people of the United States of America.

Arpaio has served the people well by establishing several unique programs. Under his leadership the Office built two new jails, a sheriff’s academy, a food factory, a firearms range, and the first headquarters in the organization’s history that is equipped with a state-of-the-art 911 center.

Arpaio had up to 10,000 inmates in his jail system. In August 1993, he started the nation’s largest Tent City Jail for convicted inmates. Two thousand convicted men and women served their sentences in a canvas incarceration compound. It is a remarkable and controversial success story that has attracted the attention of worldwide media and has been visited by government officials, presidential candidates, and celebrities.

Of equal success and notoriety are the male chain gangs as well as the FIRST EVER female and juvenile chain gangs in the U.S., which he initiated. These chain gangs contributed tens of thousands of dollars of free labor to the community by cleaning up the streets and helping bury the indigent in the county cemetery.

The Sheriff’s “get tough” policies in his jails are also noteworthy. For example, Arpaio banned smoking, coffee, movies, pornographic magazines, and limited access to TV in jails. He served the only vegetarian meals twice daily to inmates and they remain among the cheapest meals served in any US jail.

Another program Arpaio was very well known for is the pink underwear program. Years ago, when the sheriff learned inmates were stealing white jailhouse boxers, Arpaio had all inmate underwear dyed pink for better inventory control. The pink underwear contrasted nicely with their old-fashioned black and white striped uniforms, which Arpaio had also introduced over twenty years ago.

Sheriff Arpaio’s “get tough” policies sent a message that jails were not country clubs and “Don’t come back!

When soldiers began returning home from war, Arpaio issued an order placing veterans at the front of his recruitment list, which resulted in hiring of over 150 military men and women. Arpaio also set aside a special housing unit in one of his jails for veterans only. Special programs were offered to help returning combat soldiers deal with issues such as anger management and PTSD.

His animal cruelty unit, which he started, has arrested and jailed numerous violators of animal cruelty laws while simultaneously rescuing hundreds of animals from abuse and neglect. The Maricopa County Animal Safe Haven (MASH) Unit was a no-kill facility in one of Arpaio’s active jails that houses the victimized animals. Female inmates are given an opportunity to care for the animals in jails, which aids in improving responsibility and nurturing skills.

The Sheriff’s volunteer posse including armed members, significantly increased under Arpaio, and routinely assisted the office of the sheriff in search and rescue as well as traditional police work. They also aided in special operations such as rounding up deadbeat parents, fighting prostitution, and patrolling school grounds to ward off drug trafficking and violence. Additionally, the posse patrols, which Arpaio started in 1993, patrolled the valley malls during the holiday season to keep shoppers safe from harm. The posse saved the county millions of dollars a year.

Sheriff Arpaio has been profiled in over 4,000 national and foreign newspapers, magazines, and TV news programs. Some of these media sources include “60 Minutes”, “20/20”, “Conan O’Brien”, “Stephen Colbert”, “Time Magazine”, and movie documentaries including one in production now. He has received numerous decorations and awards during his career and is also the author of two well read books, “Sheriff Joe Arpaio: America’s Toughest Sheriff”, and “Joe’s Law: America’s Toughest Sheriff Takes on Illegal Immigration and Drugs”.

On a personal note, Sheriff Arpaio and his wife Ava have been married for over 61 years and have two children and four grandchildren. Arpaio constantly reminds everyone that his success in 55 years in law enforcement can be attributed to the loving and unwavering support of his wife. The entire family resides in the Phoenix area of Arizona.