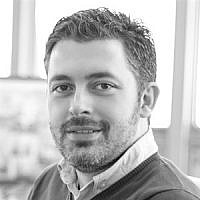 Covert Cash, a new documentary produced by the anti-extremist Clarion Project, shines a light on which countries are not only paying American Universities to spread positively-spun misinformation about their regimes, but also exposes which countries are stealing leading scientific research from American scholars. The film alleges that American Universities are becoming positive public-relations incubators of oppressive regimes like the Chinese and Saudi Governments because of the large amounts of funding they receive from them.

In an interview with Clarion’s national security expert Ryan Mauro, we were able to delve deeper into some of the issues the film brings to light.

Does Covert Cash imply that foreign funding is allowing foreign ideology into the curricula at all American institutions of higher learning, or just the bigger-named schools? Is there a formula for seeing which schools are complicit in this scheme from foreign governments, or is it most likely the Harvards and Yales?

Where do elite universities get their cash from? (Clarion’s Documentary clip)

The foreign funding scandal does not include all American institutions of higher learning, but it seems to include a huge amount of them, perhaps even a majority. Though we cannot say that each foreign donation or contract goes towards the promotion of propaganda or manipulating education, we know for a fact that a significant amount of it is.

The clearest examples are that of the Communist Chinese government’s Confucius Institutes on campuses—which are indisputably propaganda and intelligence operations—and Qatari funding to Northwestern University.

In the case of Northwestern University, Qatar donated $340 million to the school to set up a program to assist Al-Jazeera, the Qatar-sponsored network known for its promotion of terrorist propaganda, anti-Semitism and anti-Americanism. In addition, we discovered that the Qatar Foundation (a terror-linked charity that is intertwined with the Qatari government) had awarded over $1 million in grants to a radical professor at Northwestern University who had made inflammatory anti-American remarks on the anniversary of the 9/11 attacks. The donations were not in the public disclosures, as required by law.

This knowledge gap, referred to as a “black hole” by investigators, has even more frightening implications than what we do know.

Ryan Mauro of Clarion Project (with permission from Clarion)

Shouldn’t students and their parents be able to easily see who is funding the education they are purchasing? If I bought a supplement with an undisclosed ingredient that harmed me, couldn’t I sue the company that made the product? We deserve to know what ingredients are in the educational products we are buying, especially since universities get taxpayer money and student loan debt is hindering the ability of students to succeed and make the education actually worth their investment.

Why do the universities feel like they can violate immensely important laws about disclosing foreign financing, while the students they burden with debt get arrested for things like underage drinking? Oh, they’ll claim these are innocent omissions—but would they believe from a student who continuously “forgets” to pay their tuition bill?

There are some leaders in the academic world that actually argue that cooperation with China is crucial, since they are “lightyears” ahead of other countries in certain industries and certain academic disciplines. Do we simply throw all that away due to the fact that the Chinese government is donating funds to American colleges?

Is the CCP regime actually “light years” ahead or are they just stealing our technology and knowledge and then boasting about their superior capabilities, as regimes like that have always done? If they were leaving us in the dust, they wouldn’t have to make such massive investments in stealing from us.

Tyrannical, unfree governments like in China are known for their corrupt plundering of their own citizens. Surely, they care even less about the well-being of students in America. Every dollar they send here is a dollar they can spend on weapons or living luxurious lives.

China, Russia and the others have always targeted universities and colleges for intelligence operations, from recruiting spies to influence operations. This isn’t a new strategy on the part of our adversaries.

A lot of this is easily detectable. Many of the transactions from China literally state the funding is from the Chinese government and its Confucius Institute effort that Chinese officials openly describe as a propaganda offensive.

Our numbers don’t even include the myriad of ways that hostile foreign entities can funnel money to academia more covertly if they want to be slightly creative. But they don’t even have to bother because we’re fine with letting them walk in through our front door while giving us the middle finger.

Why does it happen? Because we leave the door open and are too lazy, distracted or incompetent to close it. Our politicians and media spend a lot of time fighting about complex, divisive issues. When it comes to the problem of foreign financing and influence operations targeting academia, there’s widespread bipartisan agreement—and agreement is boring. It’s forgettable. The hyper-partisan-media industrial complex has other business to focus on.

In your opinion, why does Liberal academia cozy up to radical Islamic movements, while at the same time constantly shaming Judaism and Christianity. Everything that liberal Americans stand for: women’s rights, gay rights, etc… seems contrary to radical Islam. Why are universities hotbeds of Anti-Semitism, citing “freedom of speech” to protect organizations like Students for Justice in Palestine, but militant fighters against any speech that could be considered “Islamophobic”

Some of the double-standards where progressives hypocritically defend or whitewash anti-progressive ideologies and groups are rooted in weaponized virtue-signaling. They are showing off their self-righteousness by defending a supposedly persecuted minority, even if that minority is an Islamist extremist advocating for the persecution of minorities.

It’s also a snobby way of showing off one’s own “objectivity.” The subtext is, “Look, I’m such an intellectual and so objective that I even can condemn myself!” Did you ever notice that those who defend Islamist extremists and other anti-American hate forces are also those most eager to give theatrical TV interviews and high-and-mighty social media posts obviously designed for maximum shares and likes? They may believe what they are saying, but don’t underestimate their love of performance art and desire for adulation.

Some if it is rooted in a toxic mixture of cultural/moral relativism and anti-colonialism on steroids. “All opponents of the West deserve some empathy because our government is imperialist—white supremacist even—and oppresses them.” Any hatred or terrorism by them is response to our far greater evils. Even their suicide bombings are our responsibility because we drove them to do it. And don’t you dare criticize Islamism, Communism, or any other system—because that’s just the West’s “white savior complex” speaking through your indoctrinated mind.

You’ve been working with the Clarion Project for quite some time now, and so your entire life is spent keeping an eye on extremism. Anything that you have found out recently that still manages to surprise you (i.e. how far a certain extremist group will go, the emergence of a new extremist group, etc.). Any “good news” that you can share?

The good news that gives me hope mostly comes from overseas, where extremists are finding themselves falling backwards and movements for peace and liberalization are having substantial, incremental results. The overall trend is clearly positive.

My long-term optimism about the fight against extremism overseas is tempered by my pessimism about the future of the United States. Extremes of all kinds are rising together, even as they seek each other’s extermination. White supremacists, Antifa-types, Islamists, anti-Muslim extremists, etc. all thrive from each other’s successes. I’ve referred to this dynamic as the “War of the Extremes.”

On a broader level, it is fueled by hyper-partisanship (and the resulting governmental paralysis and “cancel culture”), political echo chambers and doom-and-gloom hysteria. Americans are in a constant state of panic about the power of those they disagree with, when in actuality there is basically no better time in the history of mankind to be alive.

By far, my biggest surprise and disappointment is the inability of people to see their mirroring of their political adversaries’ behavior, particularly when it comes to mutual demonization, and that extends to extremism. Just as political partisans fail to see how they mirror each other’s apocalyptic depictions of each other, these extremists advocating for civil war and even genocide against each other fail to see how they have far more in common with each other than they do with the rest of us. 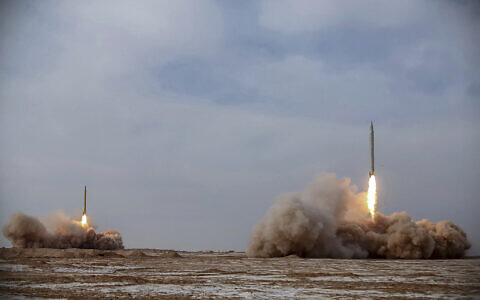