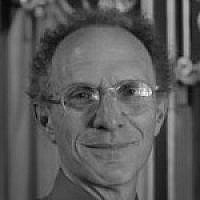 I was a judge for the Cleveland’s Funniest Rabbi Contest at the Maltz Museum of Jewish Heritage. I knew three of the five rabbis. One rabbi had hired my band, Yiddishe Cup, for temple functions. Another recently hired Yiddishe Cup for a simcha. A third rabbi regularly books Yiddishe Cup for Chanukah.

The rabbis told jokes in front of 200 paying customers. The three judges made public comments and rated the rabbis. Afterward, an audience member said to me, “You were very nice in your comments.”

Why not be nice? It’s petrifying to tell jokes in front of 200 people. Besides, these rabbis were raising money for something — the Maltz Museum. I had stocked-piled adjectives in advance. My arsenal: droll, gut-busting (didn’t use that one), cheery, sharp, zany, wacky, witty and perturbing.

Nobody was perturbing — unfortunately.

I gave the highest rating, 10, to the rabbi who won. Turns out he wasn’t even a rabbi. And I didn’t know him. (He owes me!) He was Kiva Shtull, a doctor, mohel and the spiritual leader of Congregation Shir Shalom, Chagrin Falls, Ohio. He got wry, droll and zany.