Sunday, I sat in Ofer Military Court with Eli Borochov and his family. Eli, an American tourist visiting Hebron had been shot in 2015 along with another visitor to the holy Cave of the Patriarchs.  While waiting for the judges to convene, we reminisced about our days as neighbors in Cedarhurst, New York. We also spoke of the recent events that have transpired including the brave statement Eli made at the last court hearing in July, his family returning to Hebron this past Shabbat Chayei Sarah and finally today, the sentencing of the two terrorists who shot  and seriously injured two civilians and 2 soldiers and attempted to murder 8 others. What would the sentence be? Would it bring closure to a circle of terror and recovery? Would it change anything for anyone?

After waiting for the court to gather and for the head judge to appear, it was over almost before it began.  Life sentence for both perpetrators. No chance of parole; and in military court that means something (unless there is a prisoner exchange down the line,   G-d forbid).

The smirking terrorists suddenly got serious as 2 prison service guards led them away in handcuffs. Maybe the reality of life in prison only then hit them for the first time. Their family (the ones receiving PA support for their sons’ actions) were nowhere to be found. And then just like that, the proceedings were over and the trial was closed.

A few minutes later after the minutes and a written copy of the judgement was given to the Borochovs, their three-year saga was finally over. Thank G-d Eli has fully recovered physically and emotionally.. But while he is relieved these terrorists are behind bars, he wonders how many more are being trained to take their place. If there continue to be financial incentives to perpetrate terror and the “terror payscale” is raised commensurate with the atrocity, then what will stop the next pair of terrorists from trying to commit murder on innocent civilians? 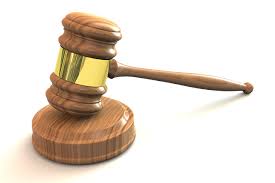 This mad cycle needs to stop. If the terrorist families were punished as accessories to a crime and had their monthly stipends removed rather than receiving lifetime benefits courtesy of the PA government (funded by international support), would the cycle of violence abate? I dare say, yes.

The excuses many terrorists use to justify their abominable acts are illegitimate and in no way justify their abhorrent actions. The international funding of the PA which directly supports the terrorist families must end. If world powers led by the US in passing and enforcing the Taylor Force Act, end the lucrative business of terrorism, it will finally punish the terrorism industry where it hurts the most: the pocketbook.

About the Author
Ruth Lieberman is an Israeli-based political consultant and licensed tour guide, combining her love of Israel with political acumen to better Israel's standing both at home and in the eyes of the world. She has consulted for political leaders in Jerusalem and in Washington, from work on election campaigns to public advocacy and events. Her tours in Israel connect Biblical history to modern realities, to highlight Israel's achievements and promote its policies.
Related Topics
Related Posts
Comments
Advertisement