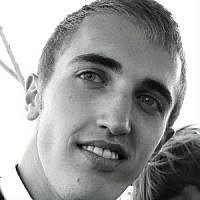 The Blogs
Sean Oakley
Apply for a Blog
Advertisement
Please note that the posts on The Blogs are contributed by third parties. The opinions, facts and any media content in them are presented solely by the authors, and neither The Times of Israel nor its partners assume any responsibility for them. Please contact us in case of abuse. In case of abuse,
Report this post. 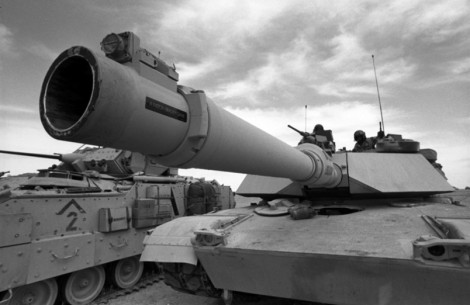 Photo of the American armoured division in Kuwait, during the Gulf War and first major “Post-Cold War” deployment

Members of my generation could be forgiven lately for questioning whether or not we were born after the Cold War ended; or – even more troublingly – wondering if we’re currently experiencing a twisted ‘hotter’ Cold War 2.0. House Resolution 758, now sitting on the desks of the senate after passing quietly (to this moment a google search reveals reports in only two high-profile news outlets, the IBT and RT) on December 4th, would certainly spur such a line of enquiry.

The planetwide geopolitical game between the empires of the “first world” (the “old powers” embodied by the United States, and its key allies such as the UK and Israel) and “second world” (the “new powers” Russia and China) never ceased, the stakes are simply higher as the previous time an ageing superpower was replaced violently by its successor was in the case of the Fourth Anglo-Dutch War and its related conflicts. And of course, in the late 1700s, truly global hegemony and nuclear arms races weren’t a reality.

Three days ago the US president was authorised to pursue, without further congressional approval, aggressive military procedures against Russia. The parameters of the legislation allows specifically, for example: the immediate, massive, and long-term deployment of NATO forces throughout Eastern Europe (including technically, undoubtedly, active theatres such as Donbas). Perhaps the recent escalation and ongoing events in Ukraine are, as some feared at the time of Crimea’s annexation, just a preview of what’s to come. The 1990s and fall of the Berlin Wall now look like a shift that imperial forces didn’t predict, leading only to a temporary cooling of the hostility that prevailed between major powers in the post-war years.

Russia’s mafia regime, for its part, now owns a military-industrial complex that has been given the power to assume total control should open war officially reach inside Russian borders. Meaning, in the wake of a spill-over from Eastern Ukraine (to take one “World War Three Scenario”, as the Pentagon calls them), the Duma could be disbanded and replaced with an entirely overt military dictatorship.

Putin’s sky-high popularity and rhetoric suggests the Russians would be amenable to such measures, after all he claimed in his annual address (amid, quite significantly, an atmosphere of continually ascending paranoid authoritarianism) that the west had been trying to “subvert” Russia for centuries. Evidently Putin has half a point, but the Great Game, and invasion of Afghanistan the following century, were far from being one-sided affairs.

The brinkmanship in Syria, and that between Iran and Israel (manifested by the nuclear negotiations), could be broken down along similar lines to the Ukrainian Civil War.

To boot, all this occurs on the centennial anniversary of World War One’s beginning.

“I am tired and sick of war. Its glory is all moonshine. It is only those who have neither fired a shot nor heard the shrieks and groans of the wounded who cry aloud for blood, for vengeance, for desolation. War is hell.” – William Tecumseh Sherman

About the Author
Writer and activist in the UK. Worked alongside the National Federation of Atheist, Humanist, and Secular Student Societies and various London-based organisations opposed to the political and religious right. Now, the Palestine Solidarity Campaign's press officer for its Slough branch. My experiences - and that of my family in the Nazi-occupied Netherlands - continue to inform, rather than contradict, my position as a Jewish post-Zionist active in the international and domestic peace movements.
Related Topics
Related Posts
Comments