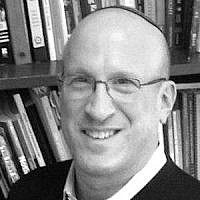 The Blogs
Uri Gordon
Apply for a Blog
Advertisement
Please note that the posts on The Blogs are contributed by third parties. The opinions, facts and any media content in them are presented solely by the authors, and neither The Times of Israel nor its partners assume any responsibility for them. Please contact us in case of abuse. In case of abuse,
Report this post.

It is non-PC time. And this is written as an American. The Israeli position is far more complex.

This post is about blindness to evil and cruelty (often garbed in sophisticated, nuanced, relativist terms) from which emerged these refugees. Our (first and foremost Arabian and European, but American WH leadership as well) moral vertigo and not insignificant spinal rot is what brings us to this point.  It is inspiring to read about all the initiatives to welcome refugees — Syrian and others (their allegiances — and unclarity about them — notwithstanding) into our cities and homes, etc. — and they are serious suggestions worthy of consideration and action.

It does, however, remind me of a certain political type caring about “first responders” to tragedies instead of, and more so than, preempting the need for “first responders”. Uh, newsflash: Address the problem, and your needs — as first responders and as humanitarians — fade away dramatically. (And is there a subtle, evil inclination in our humble greatness of our refugee-embrace?  I hear Screwtape down below chuckling in that crackling kind of way, of hearing us bellow that “this is our hour to do righteousness” when we have for years been too cowardly to force the hands of those in power to destroy ISIS and related parties — to prevent precisely what is happening). This handwriting has been on the wall for many years, and there are certain political leaders — the most powerful, ostensibly, in the world — who made the decision to allow this to happen.  From behind, to be sure.  Millions today are abused in unspeakably horrific ways, details of which would paralyze the medieval Jewish chroniclers of our martyrdom and suffering.

The horror should certainly give us, the annual articulators of these elegiac liturgies, great pause in terms of our potentially stunted sensibilities, or worse, masochistic chauvinism of ‘we suffered worse”.  And yet somehow it takes a picture on a boat or coastline years later, or a 2000-year old artifact now destroyed, to really upset us into “oh, let’s take some action” (let alone as it places us, according to some bloggers, near the pantheon of those greats in WWII — every refugee a new home)?  How unserious our moral indignation if we are reacting vociferously only in September 2015 to what has been unspeakably abominable for years.

If we are proud of our efforts to help the refugees, as well we should, let it not be articulated without an “al chet” (a beating of our chest in shame) on our blindness for years, a blindness we chose to be and feel. We allowed Syria to deteriorate. We allowed (present tense alas also relevant) Iran to run rampant.  If one still wants to say this is a result of the least of evils, reflecting wisdom of those who faced hard choices that we don’t understand from outside the Situation Room, have the confidence to say that. But don’t expect to be found compelling.  Pretzels — the real convoluted ones — do not portray sophistication. They handcuff wisdom in the charm of cleverness.

The poet Czeslaw Milosz suggested that hard times call for a combination of intellect and feeling too rarely seen (from “Beginning With My Streets: Essays and Recollections” (Farrar, Straus & Giroux).

“This age is . . . an age of monsters — humanity has rarely seen their like — but also, as if for the sake of balance, it has produced not a few figures of gigantic proportions, to whom it is no shame to humbly pay tribute. The mental distance between them and the mechanized man in the crowd is probably greater than that between a medieval theologian and, for example, a member of the coopers’ guild. To be precise: this is not a judgment based on the level of education. . . . Jacques Maritain used to say that the tone of this era has been set by people with weak heads and sensitive hearts, or people with powerful heads and hard hearts, whereas few people unite a sensitive heart with a powerful head.”

May we be blessed to appoint from among us leaders with sensitive hearts and powerful heads. In short, Leaders. Not Sophists forever running irresponsible and self-absorbed campaigns, rather Men of Moment, not mendacious manipulators.

About the Author
Uri made Aliya from New York in August 2014, having served in positions of educational leadership in the (orthodox as well as community) Jewish day school world, as well as developed a national curriculum about Israeli and American culture and history for Hebrew language charter schools in the US. He consults for numerous educational and non-profit organizations here in Israel and is a proud board member of Refanah. http://refanah.org/
Comments