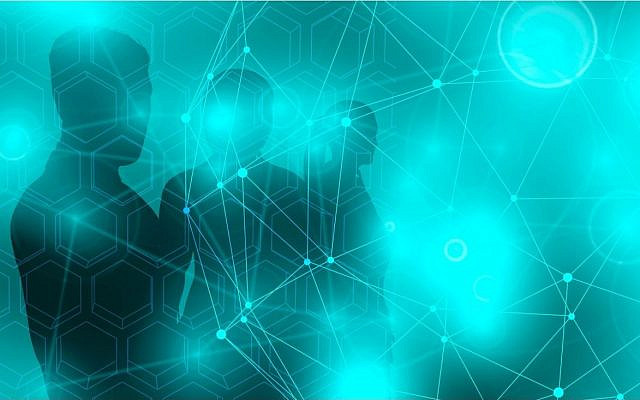 Wisdom that was shared both by Moses & Steve Jobs

Sometimes it feels like we’re heading for a dead end at high speed. Or we look back at parts of our lives with sadness, thinking of the time we wasted and the love that we lost. And we wonder why it needed to be that way?

Though the Torah is extremely sparing of each and every letter, we find that a whopping 50 verses are dedicated to telling us the names of the 42 stops that the Jews made during their 40 years traveling through the desert, from Egyptian slavery to the Promised Land. The entire episode of Creation is related to us in a mere 31 verses; the Ten Commandments in just 14 verses. What purpose could there be in the Torah telling us all the stops that the Jews made on this journey? What lesson is the Torah trying to teach us?

The Baal Shem Tov, Founder of Chassidism explains that these aren’t meant to be journeys of the past, but those of the present. The 42 journeys the Torah is telling us about are actually our very own journeys, as each one of us journeys from a state of Egypt- restraint- through to your Promised Land- when you are able to spread your wings.

Contrary to the worldview that bad things randomly happen to us, the Torah is telling us that wherever we go and whatever we do, our footsteps are guided by G-d in Heaven. The seemingly disjointed and haphazard experiences of our lives are all part of an elaborate and customized Divine plan that is being meticulously followed to allow us to reach our destinies.

In what is considered one of the most inspirational speeches of the 21st century, Steve Jobs told the story of his life. He spoke of his being twice rejected at birth, and only reluctantly being adopted by his parents. He spoke about his failures that led him to drop out of college and sleep on the floor of a friend’s room without having enough money for food. Yet despite it all, he stood before the graduating class at Stanford University in 2005 and triumphantly declared that everything in his life was for a reason. All of his struggles clearly made him the success that he had become, but that he could never have known this in real time:

‘Again, you can’t connect the dots looking forward; you can only connect them looking backward. So you have to trust that the dots will somehow connect in your future. You have to trust in something — your gut, destiny, life, karma, whatever. This approach has never let me down, and it has made all the difference in my life.’

When Moses had finally managed to convince G-d to forgive the Jewish People for the Sin of the Golden Calf, he took advantage of the Divine Grace that he was experiencing and asked G-d to explain to him the mysteries of life. In a most eloquent response, G-d tells him that you will be able to ‘see me from behind, but no mortal can see my face’. Our sages explain this to mean that G-d can never, ever be understood in real time, but in hindsight, sometimes we are fortunate enough to be able to ‘connect the dots’ and see how the hard times were actually by Divine Design.

We actually get a chance to visualize this truth each Friday night as we bid farewell to the chaos of the week and usher in the serenity of the Shabbos with the beautiful prayer of Lecha Dodi. As we welcome the Divine Presence (Bride) to this world, we actually turn around, with our backs to the holy Ark. We do this because we acknowledge that the presence of G-d is not only in the excitement of what lies before but also in the darkness of what lies behind us as well.

We hope that you see Divine Providence at play in the most heartwarming way in the magnificent story of Mr. and Mrs. Steven Amman from Deal NJ whose unexpected visit in Staten Island had them face to face with the hand of G-d. Please enjoy the video here:

Never does the Torah tell us to worry or stress, but over and over it tells us to trust in Hashem:

I know it sounds crazy, but if you can just let go a little, and allow yourself to be guided by G-d’s loving hand, you can release the burden that you carry and throw it into G-d’s arms; knowing that He’s got your back and you can handle whatever He’s given you!

Wishing you the fortitude of not just facing the music, but dancing to it too.

About the Author
Dovid Vigler blends together the African culture in which he was raised with the esoteric Chassidic pulse of his passion. He serves as the Founder and Spiritual Leader of Chabad of Palm Beach Gardens FL together with his wife Chana. He is host of Schmooze Radio, South Florida's only Jewish Talk Radio Show. Archives, Blogs and more available at www.JewishGardens.com
Related Topics
Related Posts
Comments
Advertisement