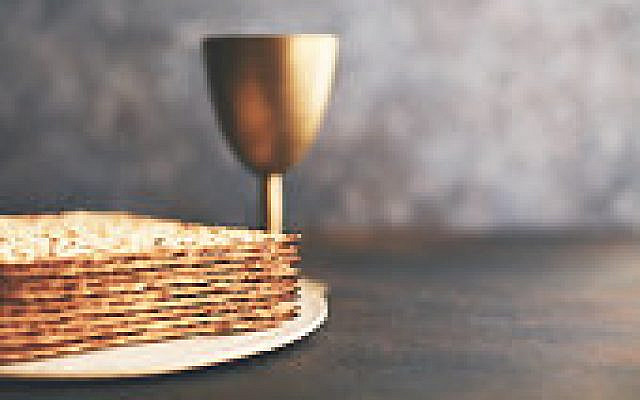 In every generation one is obligated to see oneself as one who personally went out from Egypt. (The Passover Hagaddah)

Many people from abroad have asked me via email and zoom in recent days about the situation in Israel with regard to the outbreak of the corona virus and the response of the government and the people.

The situation in Israel is relatively under control. In order to prevent the overcrowding of hospitals and too many deaths, the government has issued strict social distancing and hygiene directives. So far, this is working and the situation is not as bad as the USA and many countries in Europe. However, growing criticism is mounting here that not enough testing is being done, which limits the ability of the government to develop a well-planned rational exit strategy. So at the moment, there are efforts to increase the number of tests in Israel.

Are there any specific problems? Yes. One major problem is that far too many elderly people are dying in nursing homes. This is already a serious issue. Another major problem is that seventy-five percent of the illnesses in Jerusalem are coming from “ultra-Orthodox” Jewish neighborhoods, and many other such neighborhoods, towns and cities in Israel are been similarly affected. This is due to the fact that at the beginning of the crisis, their so-called “leaders”, the ultra-orthodox rabbis here–as in the USA–ignored the directives of the Health Ministry and the Israel Government. By now, most of these rabbis are finally on board with observing the policy, but in many cases it is too late and there is much illness and many deaths. This all stems from the anti-modern leadership of this sector of the Jewish population here (and elsewhere), similar to the evangelical leadership in communities in America who reject Science and Big Government.

Yet, the people are not at fault—except for the fact that they follow their “leaders” blindly, and they are not educated enough to really understand what is happening. The fault lies with their leadership. Nevertheless, the government and the police are coming to their aid, especially in the city of Bnei Brak, outside of Tel Aviv, where there are huge numbers of sick and dying people from their community, and some degree of empathy is emerging in Israeli society for their plight.

Is there any positive side to this epidemic? Answer: Yes. There is much cooperation between Israelis and Palestinians on matters of health during this crisis. There is no war or violence, and there is even talk of a prisoner exchange between Israel and Gaza. Also, there is much less conspicuous consumption as well as much less air pollution. In addition, I believe that there is more recognition that life is precious and more humility among human beings here, who recognize the fragility of life. Furthermore, there are many positive stories of NGO’s and people helping out in the crisis, in a wide variety of ways, which tells us that the human spirit of caring and compassion is still alive and well here, among Jews and Arabs alike.  Indeed, there are many positive reports about how Jewish and Arab health care workers on the front lines are working together—as they work together year round—in our hospitals and clinics to heal people and to save lives.

There was also one additional benefit to the complete closure and curfew imposed on the Jewish population of Israel from Tuesday evening, the day before the Passover Seder, until this Friday morning, the day after the first day of Passover. We in the Jewish community finally were able to experience a full closure, which is the experience that Palestinians in the occupied territories have experienced for many years on every major Jewish holiday, when the Israeli army has imposed a complete closure on them in ordinary times, B.C.,( Before Corona). This should help all Jews in Israel understand personally one of the most important passages from the Hagaddah: “In every generation one is obligated to see oneself as one who personally went out from Egypt.”  Ironically, the circumstances imposed on us by this contemporary plague may help more Israeli Jews empathize with Palestinian suffering, which would be a positive side effect of the crisis we are facing.

In addition, another by-product of this plague is the realization that we are all in this together: rich and poor, Jews and Arabs, Palestinians and Israelis. Reports about cooperation on a variety of levels among Palestinian and Israeli health care professionals and governmental officials are encouraging. At the moment, both sides have put the usual war aside, and are realizing the importance of winning this war against the corona virus together. I would only wish that this spirit of mutual recognition, common concern and caring would continue after this crisis is over.

At this point in time, we are all stuck in the metaphorical “Egypt”—a place of darkness, of lack of freedom, of plague and all that comes with it. We are all asking ourselves: How do we get out of this situation? What is the exit strategy? How will be move from “Egypt” to the “Promised Land” of freedom of movement, interaction with our families and friends, and some semblance of normal” life?

There are no clear answers to these questions at this moment. As with the four questions in the Hagaddah—which prompt us to ask more and more questions—we are feeling at this juncture in  time that there are many more questions than answers. Our governments aren’t doing enough testing, so their policies are inadequate and not scientifically based, which is unfortunate. It is no wonder, therefore that many of us feel that our leaders are shooting in the dark and making things up as they go along on a day-to-day basis, which is quite troubling to say the least.

So how do we maintain some hope?

The Haggadah helped us with this in two ways. First, after dinner, we opened the door to Elijah, the harbinger of peace and well-being. We invited him or her symbolically into our homes. In so doing, we expressed our belief that the future can be better than the past.

Secondly, in many new progressive Haggadot, there is a new prayer offered at the same time as we open the door for Elijah. Instead of the old “Pour out Your Wrath on the Nations”—which was a medieval Jewish prayer reflecting anger at persecutions of the Jews by European Christians —there is an old/new prayer which says “Pour out Your Love on the nations…” (See the Hagaddah called “A Different Night” by Noam Zion and David Dishon). And this year, my rabbi in Jerusalem, Rabbi Tamar Elad-Applebaum (Kehillat Zion) offered a new twist on this prayer when she said: “Pour out Health on all the peoples.”  How appropriate and relevant this was!

The message is clear: We will emerge from this crisis. There is a hope for a better future. 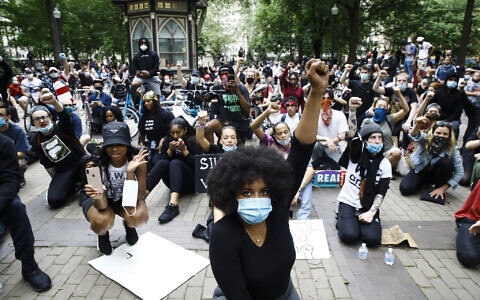 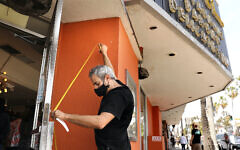