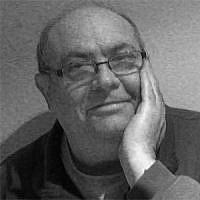 The UK Jewish press is crammed with page after page of articles on the political phenomenon that is Jeremy Corbyn. There is much hand ringing and soul searching on what the Jewish community should do next faced with a life long and committed critic of Israel..

The uniform answer of the Great and the Good be they communal, religious, or political is the same. The way forward is engagement, engagement, and more engagement. Some might call this a recipe of despair others would argue there is no other way realisitcally open to the community.Already Corbyn is believed to have accepted an invitation to speak at a fringe meeting of the Labour Friends of Israel during the party’s conference. What this ” friend,” might says to the “Friends” is another matter. His mere attendance at the gathering is likely to upset many of his hard core supporters. Just as his decision to sing the national anthem ” God save the Queen,” at future national events has gone down like a lead balloon in some extreme left wing quarters.

As they say in America anyone who would denigrate motherhood and apple pie has no future in politics. Like wise for Jews despite the far from promising signs engagement is the only game in town. To ignore the leader of the country’s second largest political party would be foolish in the extreme. Friend he is not but a fascist he certainly isn’t.. One thing is certain. The community must brace its self for a probable outcome of, abject failure.

Corbyn is many things but a fresh faced youngster waiting to be moulded into the finished article he is not. At 66 his opinions have developed and bedded down over a life time in politics.A life time of being a lone voice on Labour’s backbenches. This is a man who has ignored the party whip on more than 500 occasions in his political life in Parliament.A record. in modern British politics. Like the late Margaret Thatcher, who came from the other side of the political spectrum , Corbyn is not for turning. But whar are his politics?

The French journalist Agnes Poirier on BBC’s Dateline London programme described him as a Trotskyite. Whether that be true or not his views are nearer to Trotsky than Tony Blair.

Corbyn will be only too happy to negotiate with all and sundry., including the Jewish community.He is the product of smoke filled rooms and a veteran of endless long boring committee and party meetings. Its one of the loves of his life. In such gatherings he is in his element. His first action on being elected was to have a pint with his inner circle then move on to a local rally in his constituency calling for improvements in the Health Service. The obligatory trip to party HQ and a meeting with full time staff was put on ice. His first wife cited the never ending round of political meetings he insisted attending as a reason for their separation and eventual divorce.

Like all political manipulators , and he is one, a politician who can climb the greasy pole to the Leadership of the Labour party must by definition have a developed political antennae and thus be a manipulator . The fact that many people currently believe he is introducing a new type of politics into the mix shows how skilled he really is. Some of his detractors say he espouses the politics of the 70’s and 80’s. Trotsky predates that by half a century! So those who hope to wear down this man old enough to draw his state pension are going to be disappointed.

He will give and take in the best traditions of entryism politics until he has his people in positions of power. In this case it will mean over time deselecting a number of MP’s who are against him and are clear on what he stands for. That is the ending of the monarchy, discarding Britain’s nuclear deterrent, with drawing from NATO and standing fore square behind the Palestinian cause without equivocation. He is on record as saying a ” right of return,” for all Palestinians is a central tenant of any lasting peace agreement. This is code for the destruction of Israel.

There are of course Jews who stand behind him with others convinced they can change him. Rather like the battered wife who always believes the last beating will be the last. It is reminiscent of the Jewish Bundists who rushed back to Mother Russia following the Communist revolution and ended their days isolated and bewildered in the frozen wastes of The Gulag wondering where it had all gone wrong. I do not expect any Jews to be banished to the frozen wastes of the Scottish Highlands but I confidently predict Corbyn will disappoint them.

But in essence there is little to worry about. I trust in the good sense and moderation of the British people.They were never taken in by Nazism or would be totalitarian leaders in the past and they will not be taken in now. Inevitably over time it will become clear what Corbyn and his close associates really stand for and the British people will silently vote him into oblivion .Thus 10, Downing Street , the home of the British Prime Minister ,will remain for him an unrealised dream.

About the Author
Adrian Needlestone quit sixth form at 17 to follow his dream to become a journalist. So desperate was he that he accepted a wage of £6 a week for six days work as an office boy at what was then London largest independent news agency, The Fleet Street News Agency. After making tea and buying sandwiches for six months he was given the opportunity to cut his working week down by one day and cover the East London Crown courts in those days known as Quarter sessions Courts. The bread and butter work was the local paper contracts the agency held with the occasional national story being cream on the top. During 18 months covering the courts stories in the nationals became the norm rather than the exception and he was quickly switched back to the main office in Clerkenwell to work with the news team. At the age of 21 came his first big break when Murdoch took over the Sun newspaper and promptly hired the agency’s news editor and most of the senior staff. In a leap of faith the agency head promoted him to news editor but confided many years later that it was the “cheap” option which if he sank that was life and if he swam so much the better. Seven years later after working regular evenings on the Mirror and the Mail he joined the Evening standard on the news picture desk. From there he moved on to the National Enquirer in America, the News of the World, BBC national radio and ran the news section of the Derek Jameson TV magazine programme on Sky. After 25 years in the business he decided to slow down and turn his hand to business but he never enjoyed the success in that world to match his career in Fleet street. Semi retired he has now taken to the internet and is writing a blog as well as simultaneously trying to write three books, one about his time on the News of the World which he hopes to launch through Kindle in about six weeks.
Comments