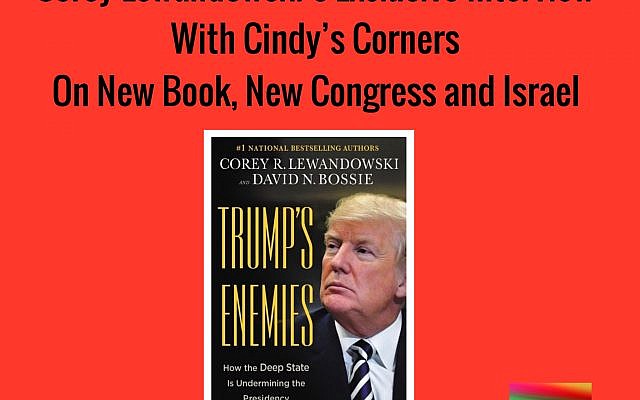 Corey Lewandowski, co-author of Trump’s Enemies: How the Deep State Is Undermining the Presidency, Talks With Cindy’s Corners 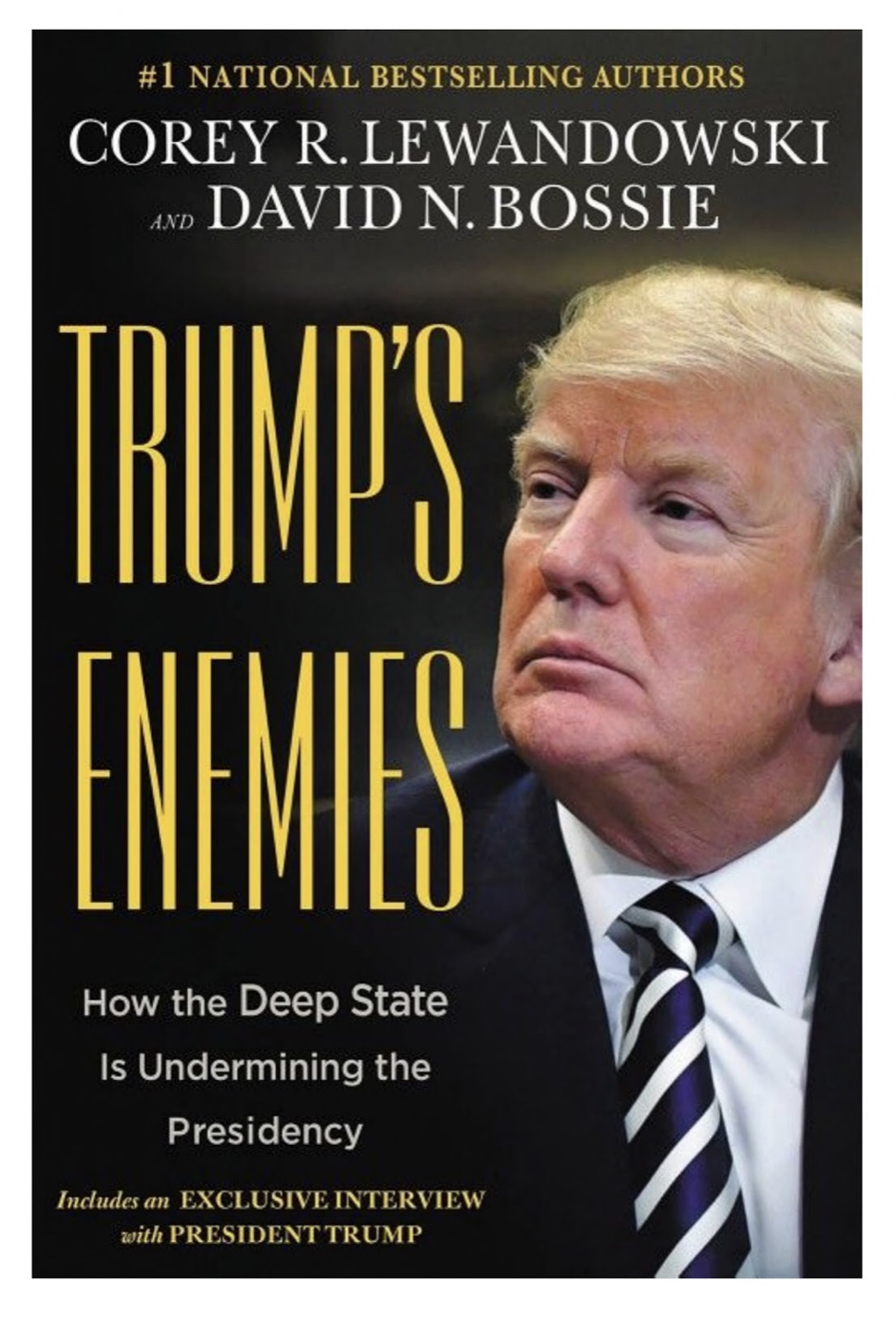 Corey R. Lewandowski and David N. Bossie, the authors of the blockbuster, Let Trump Be Trump: the Inside Story of His Rise to the Presidency, are back with their next New York Times bestseller.

This book reveals the heart of the hostile bureaucratic network that has been operating in the shadows until the American people voted Trump into office. Trump’s determination to transform the government, wipe out the swamp, and reduce the power of the bureaucratic machine has set him on a collision course with agencies populated by a workforce resistant to the American people’s agenda.

Lewandowski also discussed how the Trump administration has been so good to Israel, Pelosi and a Democratic House Of Representatives and 2020.

Corey was firm and to the point. “President Trump did something for Israel and the Jewish People that no other sitting President did before. While other candidates and sitting presidents discussed and promised to move the American Embassy to Jerusalem, President Trump actually took all the steps to make it happen and succeed.

Now world leaders from around the world are following our commander-in-chief and moving their Embassy buildings and recognizing Jerusalem as the capital of Israel.

I asked Lewandowski about the new 2019 House of Representatives and House Speaker Nancy Pelosi’s Leadership and policies regarding legislation involving Israel and those opposing the Jewish Homeland, especially the newly elected progressive Congresswomen that are either socialists and/or Muslim.

“Donald Trump is the King if the Art Of The Deal. There is nobody better to lead our country to support Israel. It might be a little harder, but he will get the job of protecting our ally done.”

Jews around the world and in Israel should not fear as long as Donald J. Trump is in The White House.””

Not only is he ready to support Jewish issues, but President Trump is prepared to deal with those collision, impeachment and fake news issues. They are addressed in the book.

The president is prepared to meet collision head-on. The book goes into details and give factual examples. As Lewandowski said the book answers how about Trump will unravel the very swamp the administration is determined to end. The reader will have a front-row, exclusive seat for the political battles inside the White House and the war it is waging against those government bureaucrats, establishment officials, and foes within the Obama administration.

This book will expose the political and bureaucratic underbelly, its struggle to survive against an unorthodox commander-and-chief, and its willingness to do almost anything to stop him.

Corey R. Lewandowski currently serves on Vice President Pence’s political action committee. He is also president and CEO of Lewandowski Strategic Advisors, LLC. He previously served as the chief political advisor and campaign manager to Donald J. Trump for President. Prior to that, he was an executive for Americans for Prosperity. Lewandowski appears regularly on television and serves as an on-the-record spokesman to major print outlets. He is a contributor to The Hill newspaper and was recently named a visiting fellow at Harvard University. Corey previously served as a certified police officer with the state of New Hampshire, where he lives with his family.

Lewandowski visited Israel on a mission with AIPAC. His dream is to return with his family very soon.

David N. Bossie has served as president of Citizens United since 2001 and is a Fox News contributor. Beginning in August 2016, Bossie served as deputy campaign manager for Donald J. Trump for President and then as deputy executive director of the Presidential Transition Team. In 2015, Bossie was ranked number two in Politico’s top 50 most influential people in American politics. In 2016, he was elected Republican national committeeman from Maryland. David, proudly served as a volunteer firefighter for over 15 years in Maryland where he lives with his family.