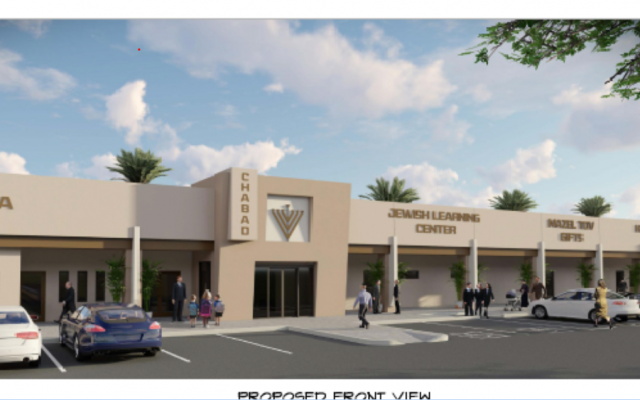 Scottsdale, Arizona was founded in 1951, when it had a population of 2,000, according to the US Census. It was named by a retired army chaplain, whose last name was ‘Scott’. Sublime and otherworldly scenery is a ubiquitous feature in this corner of the Sonoran Desert; as are barren-earth vistas accented by mountains and ancient saguaro cacti. Hikers, bikers, and golfers flock to the area. But today, Chabad is flourishing in multiple ways, and what is salient is, Chabad Lubavitch of Scottsdale, influences and feeds the spirituality of the town and region, like a tributary.

First, they are finalizing plans to build a new mesivta. Rabbi Yossi Levertov is the Director of Chabad Jewish Center of Scottsdale. He explains the problem that there is a shortage of room in high-school equivalency yeshivas in North America: “If you don’t live in the Metropolitan areas, New York, Chicago, Miami, and Los Angeles and Detroit, you have no place to go, because [the mesivtas] are all full. So, just to put it into perspective, one of the top yeshivas is Chicago; in Chicago they did not accept a potential 80 to 100 students, because they just have no room… If you don’t have siblings in a school, then it doesn’t matter how good a student you are, there is no room.”

Rabbi Levertov already knows how the new class will balance out, in terms of region of origin, “We’ll have one-third of the students from Arizona…and two-thirds will be [from] out-of-town. From out-of-town, our target audience will be the children of shluchim, and west of the Mississippi, who live in all these smaller places, and all smaller communities, in Northern California, Kentucky; we got calls from South America, Vegas, these are wonderful students who have nowhere to go, and we’re opening a class…and hopefully this will grow to be a major Chabad school.”

Not only is Scottsdale now set to become an oasis of Yiddishkeit, in the Wild West; it is also—thanks to the local Chabad—a place where all people can get a taste of Jewish cuisine. Food, says Rabbi Levertov, is one of the most effective methods of spiritual outreach.

Prior to 2003, there was nowhere across the roughly 86,000 miles of desert (covering parts of Mexico, California and Arizona), to get an overstuffed kosher corned-beef sandwich on warm Jewish rye with spicy mustard, coleslaw, and a half-sour New York pickle, a Cel Ray to wash it all down.

Thankfully, the opening of Kitchen18 solved the Sonoran Desert’s deli dilemma. In 2003, Yossi Levertov opened a deli alongside a kosher market as a “not-for-profit” fundraising and outreach operation. Rabbi Levertov obtained a space for the deli and market by taking over the lease of two buildings adjacent to the Chabad Lubavitch synagogue right on the main drag in Scottsdale, on North Scottsdale Road.

As mentioned, the operation has proven to be an invaluable outreach tool for Rabbi Levertov. “We spend a lot of money on outreach, and food is an effective tool in reaching people,” explains the Rabbi. Kitchen18’s traditionally Jewish and classically New York City-style delicatessen food appeals not only to the kosher-observant Chabad families of Scottsdale, but also to non-observant Jews. “Some people may not come to services,” says Levertov, “but they will come to eat Jewish food.” Even people of other faiths and ethnicities come to Kitchen18 for its signature deli feast.

“Brandon Budd,” as he was introduced by Rabbi Levertov — though he insists that his real name is now and forever, Chaim Shimon — came from a Conservative Jewish background in Toronto, and moved to Arizona after college. It was fate, or he would say divine providence, that the young Jewish man wandered into Chabad of Scottsdale for Rosh Hashanah services one year, and walked out with a new career in kashrut and hospitality, a newfound passion and commitment to Chabad Lubavitch, and eventually a wife (whom he met at Chabad). 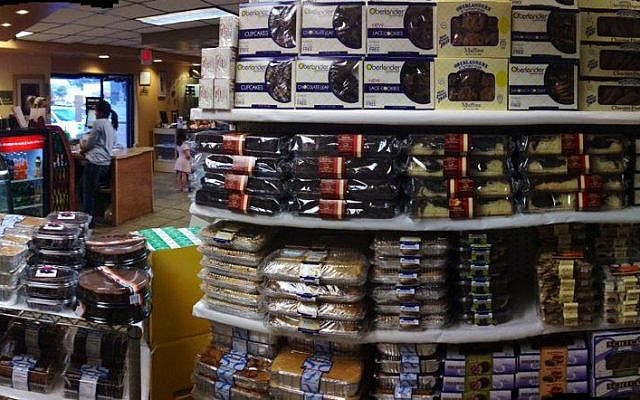 “In 2003, Rabbi Levertov approached me about possibly starting a food operation in Scottsdale,” says Budd. “[It] started out as a Passover food market, for the 2003 Pesach season, because we needed to get the availability out to people as quickly as possible. Once [Passover ended] and summer came, we began renovating it into Scottsdale Kosher Market and Deli,” he explains. “The three busiest times of the year for takeout and catering were Rosh HaShanah, Passover and Thanksgiving. One year we probably did close to 100 cooked turkeys and all the sides that go along with that. We would have people that walked in and said, ‘Thank you for being here, and we’re keeping more kosher now, now that you’re here and it’s available.’”

The deli has since morphed into a more traditional restaurant, and while it’s still located a stone’s throw from the shul, it has changed hands. “We gave it over to someone who runs restaurants because it’s hard to run a restaurant and a shul. So we gave it to a ‘for-profit’ person; and ever since then, it’s been ‘for-profit’,” says Rabbi Yossi Levertov. “Things have changed,” adds his young friend and associate, Rabbi Chaim Shimon Budd, “The availability of kosher in the greater Scottsdale area has gone up through grocery stores, Costco, other outlets, and doesn’t require a specialty food market, as such.” Notwithstanding, Kitchen18, as it is now called, brings a touch of Jewish tradition and culture where it was previously missing. It is an unexpected treasure in the desert, giving flavor and character to the city of Scottsdale.

As for Scottsdale’s new mesivta, Rabbi Levertov explains the caliber of students which he foresees for his graduating class: “Everybody here travels, they’ll go to…Hawaii, they’ll go for business, they’ll go to China, Hong Kong. And they’ll get to know the Rabbi there, even if they come from an unaffiliated or Conservative background. If you want to see that type of a Rabbi, that kind of self-sacrifice that the shluchim have, to go everywhere, to be leaders, even if they come from very modest backgrounds, and to become a leader, that is the product that this yeshiva is going to produce. We look at Jews in a very special way the Rebbe has taught us. That you can’t have without a Chabad school. Solid, stable, healthy leaders of the future, and that’s why we’re opening the school.”

Rabbi Levertov expects that the doors of the mesivta will be open by August 23, 2021. “We’re now finalizing with our students that were accepted. We have a huge budget. It’s $1,000,001 for the first year; we have a dormitory—a beautiful dormitory. We’re just starting to close on a house, now. The first year they will study at Chabad of Scottsdale. It’s a huge project to start a school, and we could use all the help we can get.”

About the Author
Scott Shlomo Krane has been blogging for TOI since February 2012. His writing has also appeared in The Atlantic, Tablet, Ha'aretz, The Jerusalem Post, the Daily Caller, JazzTimes and AllAboutJazz.com. Scott was a columnist and breaking news editor for Arutz Sheva-Israel National News (2011-2013). In addition to holding a degree in Judaic Studies and a Master's in English from Bar-Ilan University (for which he wrote his thesis on the poetry of American master, John Ashbery), he has learned Judaism at Hadar Ha'Torah Rabbinical Seminary in Brooklyn.
Related Topics
Related Posts
Comments
Advertisement