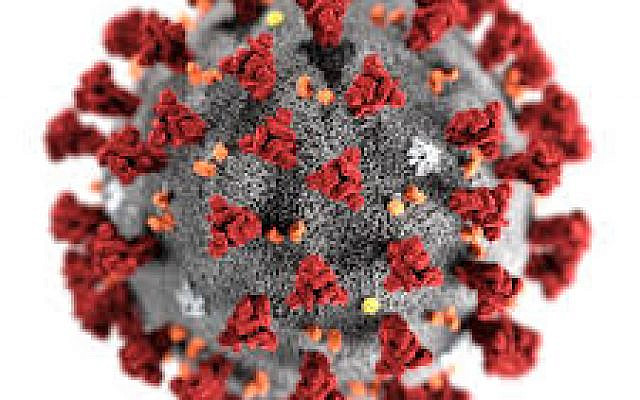 Last week was a coronation event of sorts. All hail the Lord of Misrule, that staple of British mumming plays. Coronation of the King of Death. News of the spread of coronavirus swept the world. But the US Federal authorities ran in circles pointing fingers like circus clowns, some even pretending it wasn’t really happening while smiling like hyenas. The result was that actual experts were impeded from doing their proper jobs and the public remained slow on the uptake. The true numbers of the diseased went uncounted. And the beautiful little orbs, pomanders of deadly spice, unexploded ordnance, all flew to the six directions silently and largely undetected. Like Russian saboteurs of the US elections. WHO knew. They offered us their test kits. But we demurred. Louis Vouitton produced free hand sanitizer. In the US a few enterprising capitalists hoarded it. Sigh.

Last week in the Jewish world was the casting of lots. Purim. Taking a chance on death. Another shot at ethnic cleansing, tables turned, etc. A palace farce, late Winter’s entertainment as the life force attempts to lift its head out from under the mass of Winter’s extermination. Satire, the sophisticated artform of a society that’s passed its peak, passed the point of bitter irony in response to the inevitability of death and decay. That’s the Fall chapter, Ecclesiastes. By the end of Winter we’ve moved on to the death rictus, smiling in the face of extinction. We laugh and make loud noises as we recount the wiping out of another race during two days of festive mayhem. Seriously? Where is the spiritual message in that? Where indeed? Well, maybe there’s a little help from the rabbis, and from midrash. The rabbis tell us, in Talmudic tractate Megillah (7b): Rava said: A person is obligated to drink on Purim until he does not know the difference between “cursed be Haman” and “blessed be Mordechai.” An interesting bit of sleight of hand. We should achieve a state of consciousness in which we cannot distinguish between our mortal enemy and our greatest hero. Hold that thought.

The Talmud tells us a Purim story about another drunken sage, Rabba, i.e. “Big”. The great sage invites his buddy, Reb Zeira, i.e. “Rabbi Small”, to come over and get shiker, i.e. blind drunk, for Purim. The little guy agrees and the two of them carouse till the wee hours when the big guy,  in a fit of religious zeal, slaughters Reb Zeira with a butcher’s knife and passes out cold next to his dear friend’s butchered corpse. A few hours later Rabba arouses himself from his drunken stupor, sees the bloody mess he has made and prays for mercy. Mercy. Somehow Reb Zeira is reconstituted and toddles off about his business. Yikes! The next year at Purim Rabba once again invites Reb Zeira to a reprise of the previous year’s festivities. The little guy, contrary to what you might expect, does not exclaim in dismay, “Are you frickin’ kidding?!!!” No, he calmly demurs with the reply, “A miracle does not happen every moment.” Very reasonable, yes? Double yikes! So if you had to put money on it, the odds say that this dark late Winter festival has something to say about the illusion of death. If you’re a betting person. Sounds kind of Eastern mystical, no?

Last week was also the week for the Torah portion Ki Tissa, “when you raise up heads”, i.e. when you take the census. A truly rocking and rolling parsha, finger of God inscribing the tablets, Golden Calf, rewrite the tablets, instructions for the divine spaceship(mishkan) and Moses returns sprouting horns of light. No wonder Hollywood glommed onto this one. And Moses is quarantined twice! Forty days in isolation. Twice. Yes, that’s the 17th C. Italian meaning of the word, applied to a ship that has returned to port from a plague-infested area. Think Diamond Princess. And then there’s the head count. We’re told everyone must contribute half a shekel as a proxy for their count in order to avert the evil eye, and to build the mishkan. Old superstition about counting. It doesn’t work. First time Moses comes out of quarantine there’s a massive plague anyway. Moses grinds up the Golden Calf, mixes it with water and instructs the Israelites to drink it up, a kind of homeopathic remedy. Then the Levites slaughter 3000 of their kindred. Then the plague hits. Not a pretty picture. This counting of heads can be pretty dicey business. Maybe that’s why the White House has been in none too much of a hurry to get a head count on the current plague. Maybe it won’t turn out so well. WHO knows.

Along the way Moses does some collective bargaining on behalf of the Jewish people. First time round it was a bunch of tech for protecting the elites, anointing oil and incense for the priests. Second quarantine it’s time to take the people’s safety in hand. Right off he says, “Erase me from your book if you think you’re going to wipe out the Jewish people.” Bold move. It works. Next the great sage continues, “And no angels leading us through the wilderness, we want the big cheese.” And God gives in on that one. But there will be a winnowing. A mostly successful bargain. Finally, Moses cadges one favor for himself, kind of a very special autograph. Gentle as a mother lion with her cub, God nestles Moses in a cleft in the rock and parades by him so that Moses can only see the recessional, the view from behind. You may ask what is it? The thirteen attributes of Mercy. The very thing that Rabba prays for when he realizes his friend is in pieces. Mercy, the stuff of miracles. Think about the last time you received Mercy in your antechambers.

Finally, at the end of Ki Tissa, God instructs Moses to tear down the religions of the indigenous folks who will be in the land when they arrive. And he gives Moses the basics on the three pilgrimage holidays that won’t be relevant until the Temple is built in another thousand years. And of course the Sabbath and sacrifices. In short, institutional establishment, the long view. So why in God’s name, as it all is, is there this little footnote at the end of all the instructions, “You shall not cook a kid in its mother’s milk.” Kind of an odd afterthought. Of course the rabbis take that and run with it, the whole separation of meat and milk thing. But what is it really? It’s mercy in a surprisingly sensitive form. Perhaps the complement to the instruction called ‘shiluach haken’, sending away the nest. A Biblical commandment!

Deuteronomy 22:6-7 contains the exhortation to shoo away the mother bird before taking her eggs or her offspring, lest she be aggrieved at their loss. Similarly, take the baby mammal, but don’t associate its mother’s milk with the baby’s culinary fate. Show mercy. Ironic, or unfathomably sensitive? In the context of Ki Tissa we may rest assured that Moses our great teacher has successfully argued that God’s brood, the people Israel, should not die at just the moment that God has scooped them out of harm’s way from Egypt. To have their gooses cooked at just the moment that they are being succored with mother’s milk, to mix a few metaphors. By Moses’ way of thinking, that would be an intolerably cruel premature end. This time, Moses must do the transcribing himself, as the direct inscription was worse than useless to an idolatrous people. Death came down with those tablets, and no Mercy.

With the final bit of enlightenment tucked under his arm, Moses dashes down Mount Sinai glowing with the divine knowledge. This time with a contamination shield to protect the community, a veil to allay the people’s fear. Mercy and Death both satisfied. Death, after all, will occur. And the repercussions of error will be felt down to the third and fourth generations. But the people, Am Yisroel, will live. And so shall each community, society, country and humanity as a whole in the face of the plague that is currently upon us. When COVID 19 has passed, most of us will continue. We will mourn those we have lost, but the rest of us must live on in the knowledge of the mercy that grants us that boon. It is only through our translation of the holy task, of helping our fellow humans and being forthright about what’s going on, that we stand a chance of mitigating the disaster. From the viewpoint of the far future, a palace farce or God’s mercy?