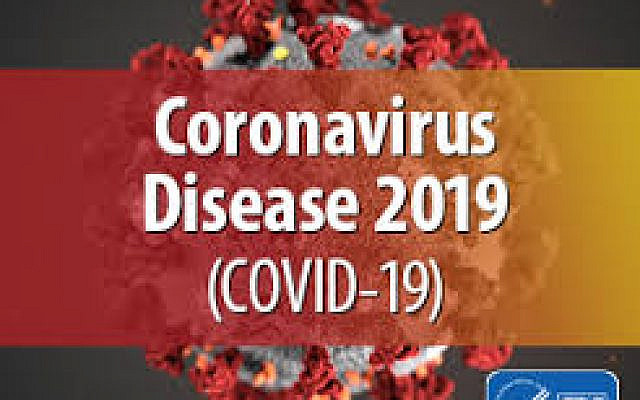 Coronavirus seems to have taken over the world. Not through infecting people–there are still less than 100,000 confirmed cases globally, though the disease is still spreading, if slowly. But in taking hold of the newscycle, upending global transit patterns, economic effect, and even diplomatic relations, the impact of COVID-19 has been tremendous.

Corona has disrupted the global economy in ways that haven’t been seen in over a decade, leading to shocking graphics of what clean skies look like when urban life is suspended, and already killed more than the SARS and MERS viruses combined. With millions around the world in quarantine, schools closing, international conferences suspended, and billions of dollars in the global economy at stake, epidemiologists and public health experts are still learning about the disease (how long its effects can remain undetected; all the factors in whether it manifests as a mild or severe case; why it is so much more deadly for men than women).

Macro decision making seems to be erring on the side of caution, even if it is often impractical. Here in Israel, fans seated in a section of a soccer game were asked to self-quarantine, which is hardly a foolproof way of ensuring an effective quarantine. The head of the Israeli association of Public Health Physicians has criticized the Israeli government for “sowing panic”, and other government members have voiced concern about the greater impact of Ministry of Health decisions and statements.

While we lack fully accurate data (in addition to concerns about Iran and China underreporting cases, people with more mild cases may not seek medical help, and differences in public health standards can lead to divergent levels of effectiveness in reporting cases), there is now a considerable amount of data available across several dozen countries that can be analyzed. I tried to put these numbers into perspective, by contrasting the cases of Corona virus, and the deaths from the disease, in the context of other common, and less common, causes of death.

Of those 100,000, about 3,286 have died. That is the other side of the coin–while far less prevalent than more common illnesses, Corona is more deadly on a per patient basis. The World Health Organization (WHO) estimates that 3.4% of Corona affected patients die, which matches the reported 3,286 victims in 95,000 cases. Thus the health risk from Corona is a combination of the strength of its effect on those infected, and its rate of contagion. As WHO head Tedros Adhanom Ghebreyesus said “To summarise, COVID-19 spreads less efficiently than flu, transmission does not appear to be driven by people who are not sick, it causes more severe illness than flu, there are not yet any vaccines or therapeutics, and it can be contained,” Tedros said. But again, what does this look like in context?

2. The death rate as a function of the global population, not as a function of those affected. This rate (global population divided by total dead from Corona) is both easier to determine, and more reflective of the overall impact of the disease, accounting for contagion and intensity. This rate is in fact 0.0000000437. Given that Corona has been circulating for some two months, that works out to about 0.00000000071 per day, the odds of any individual person dying from Corona. While the idea of an unknown disease is scary, and globally the numbers can sound scary, the risk seems infinitesimally low.

3. How does this compare to other causes of death? Let’s look at some common causes of death. I’ll use some examples from the US using 2016 and 2017 DCD data sets, and some global examples using WHO data sets. For simplicity sake I’ll just quote the final likelihoods here, and leave calculations and sources in the footnotes.

Motor deaths (car accidents): Probability of death in a day: 0.000107. While unlikely, this is obviously a much bigger number than the Corona fatalities. This means that the odds of dying in a car accident on any given day, are 7 times greater than the entire 2 month period of Corona’s spread.

Alcohol: Linked to 7 times as many deaths in a day than Corona has killed in two months.

Suicide: There are 9 times more suicides in a given day than the entire 2 month period.

Flu and Pneumonia: This kills 11 times more people in a day than Corona has in 2 months.

Accidental poisoning: Kills 13 times more people in a day than Corona has in 2 months.

Diabetes: Responsible for 16 times more deaths in a day than Corona has in 2 months.

Heart disease: This kills 127 times more people per day than Corona has to date.

4. How about some less common causes of death? Crunch the numbers, and falling from trees kills as many Americans per day as Corona; constipation is 1.6 times more likely to kill someone, accidental strangulation in bed is 8 times deadlier, and Anaphylactic shock (allergic reactions) is responsible for 9 times as many deaths per day. Accidental drowning is over 40 times more likely, and accidental hanging more than 80 times more likely. The measles, for which we have a vaccine, still kills 70 times the Corona rate, and assault by firearm alone kills at a rate over 170 times higher.

Here are those figures in a chart:

5. Globally there are differences in lifestyle, diet, environment, and health conditions, but the idea is the same. Here are some comparisons from 2016 WHO data: Car accidents and diarrhoeal diseases (much deadlier as a global issue than in the US) are over 700 times more likely to kill someone, Diabetes is 800 times more likely, Alzheimers 1000 times deadlier, and heart disease nearly 5,000 times more likely. Here’s a chart:

6. Why does this matter? Because although precaution may be warranted, the costs need to be considered as well, and things should be put in perspective. Corona is still spreading, and the daily effects could get worse before they get better (people build up immunity; a vaccine is spread, etc.). But the overall impact–lethality and rate of contagion, do not seem proportionate to the attention it’s gotten, not just from journalists, but from business and government decision-makers. That’s probably because a foreign disease seem far scarier than more common place killers like the ones mentioned above. Let’s see one more comparison to consider how decision-making and responses may be disproportionate:

According to the CDC, there are about 1,315 deaths a day from smoking in the US, and according to WHO data, about 19,178 deaths per day globally. That works out to 1,750 more deaths due to smoking than Corona. One day’s death-toll from smoking is almost 60 times the deaths caused by Corona in two months. Second hand smoke alone is about 500 times more likely to kill than Corona.

Now Corona will likely get worse before it gets better, but there will also eventually be a vaccine, and it will undoubtedly go the way of many prior diseases–nearly extinct, whereas smoking has been a constant health concern for decades. Moreover, smokers don’t just recover–it’s estimated that for every death from smoking related health issues, at least 30 are living with a serious smoke-related illness.

What would it look like if smoking was treated as seriously as Coronavirus? Would smokers be quarantined? Would smoking be banned? Not just in public areas, but at all? They don’t make for a perfect comparison, but it’s clear that smoking is both a far more serious short and long-term health risk, and taken far less seriously by global citizens, and decision-makers.

While public health is always a serious matter, and unknown, contagious, diseases can breed fear, it behooves decision-makers and the public to make responsible, informed decisions. While avoiding areas where there have been large outbreaks, self-quarantine for those who are sick and other common-sense ideas make a lot of sense, some of the more extreme, heavy-handed and blunt responses need to be weighed against their cost in time, money, opportunity cost, and other impacts. In particular, the smoking example shows that more serious health issues have not been treated this way. People are not protected from the effects of second-hand smoke the way they are being protected from Corona, despite smoking being arguably a greater threat, easier to prevent, and much more likely to still be a relevant health concern in five years. Likewise, if Alzheimers, diabetes, or some of  the other health risks mentioned, were given the same priority, many more lives could be saved. So you can have your mask, but please take it with a moderate helping of salt.

About the Author
Steven Aiello has a BA in Economics, MA in Diplomacy and Conflict Studies, and MA in Islamic Studies. Steven has served as Chief of the Middle East Desk Head for Wikistrat, interned for the Jerusalem Center for Public Affairs and the American Islamic Congress, and founded Debate for Peace (debateforpeace.org). He can be reached via email at sra252@nyu.edu.
Comments