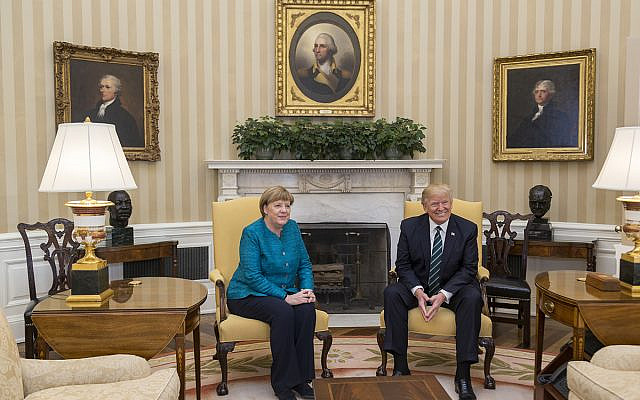 The request for activation of the snapback was sent by the United States to the UN Security Council, which as expected, was rejected under various and specific pressures.

A few days earlier, the decision to extend the arms embargo on the Islamic Republic of Iran (IRI) was met with a lack of positive European vote, which indicates that so called European allies acknowledge support for IRI, the global terrorist.

From the EU’s repeated persistence on opposing the United States, the EU’s suppressed anger over the departure from the JCPOA by the White House is one of the main reasons. On the other hand, it is apparent that they are in a clear dilemma, implicitly agreeing with the return of sanctions.

It is clear that the EU has neither the ability nor the permission to sell military weapons because there are no European weapons whose parts or designs are not by American companies. Therefore, the issue and insistence of the current US administration on the arms embargo on the mullahs is not the exchange of European military equipment with the IRI.

The most alarming issue is that the IRI has already been sending military equipment to Syria, and with the expiration of the arms embargo resolution and preventing its extension, IRI would safely increase export of military equipment to her supported militias to sponsor terrorism in the region and beyond.

In fact, Europe’s failure to deal decisively with the mullahs’ arms embargo could send the message that they are opposed to the Arab / Israeli peace process, especially the Arab Kingdoms of South of the Persian Gulf with Israel. Europeans are well aware of the significance of this landmark deal.

The constant request and plea of EU and her allies to return to the policy of appeasement with the IRI is rooted in this demand. The EU has always been a weak link in the JCPOA dispute with the United States, which China and Russia are well aware of.

The culmination of the EU populism is that they cover up their passive actions against the terrorist regime in Iran from their citizens, but stand up to the United States as the world’s superpower, without which Europe will collapse. Instead the EU follows a policy of appeasing China and the dysfunctional governments of Africa and regimes like the IRI. The consequences and continuation of this policy could lead to the collapse of the UN, and this is exactly what IRI is hoping for.

On the other hand, opposition to the snapback is an excuse. The EU’s socialist governments have targeted President Trump and his administration. Their numerous efforts to sabotage Trump’s policies have not led to strategic results, but rather a personal vendetta. That is why they and the left-wing anarchists are committing violent social disobedience to oppose Donald Trump, personally.

With the inauguration of Donald Trump, leftists in Europe and in the United States have been creating chaos on a daily basis. To the extent that they will use riots to fight and overthrow the Republican President, the architect of the idea of “value policy” in the world. And with the likelihood Trump’s victory in the upcoming election, the possibility of sabotage is not that far off.

To conclude, what is important is that the Europeans, during these forty-one years after the establishment of the Islamist regime in Iran, have hardly supported the human rights of the Iranian people and world peace. The EU is still looking for a piece of the pie and could care less what happens to the Iranian people, which is completely in conflict with Western values.