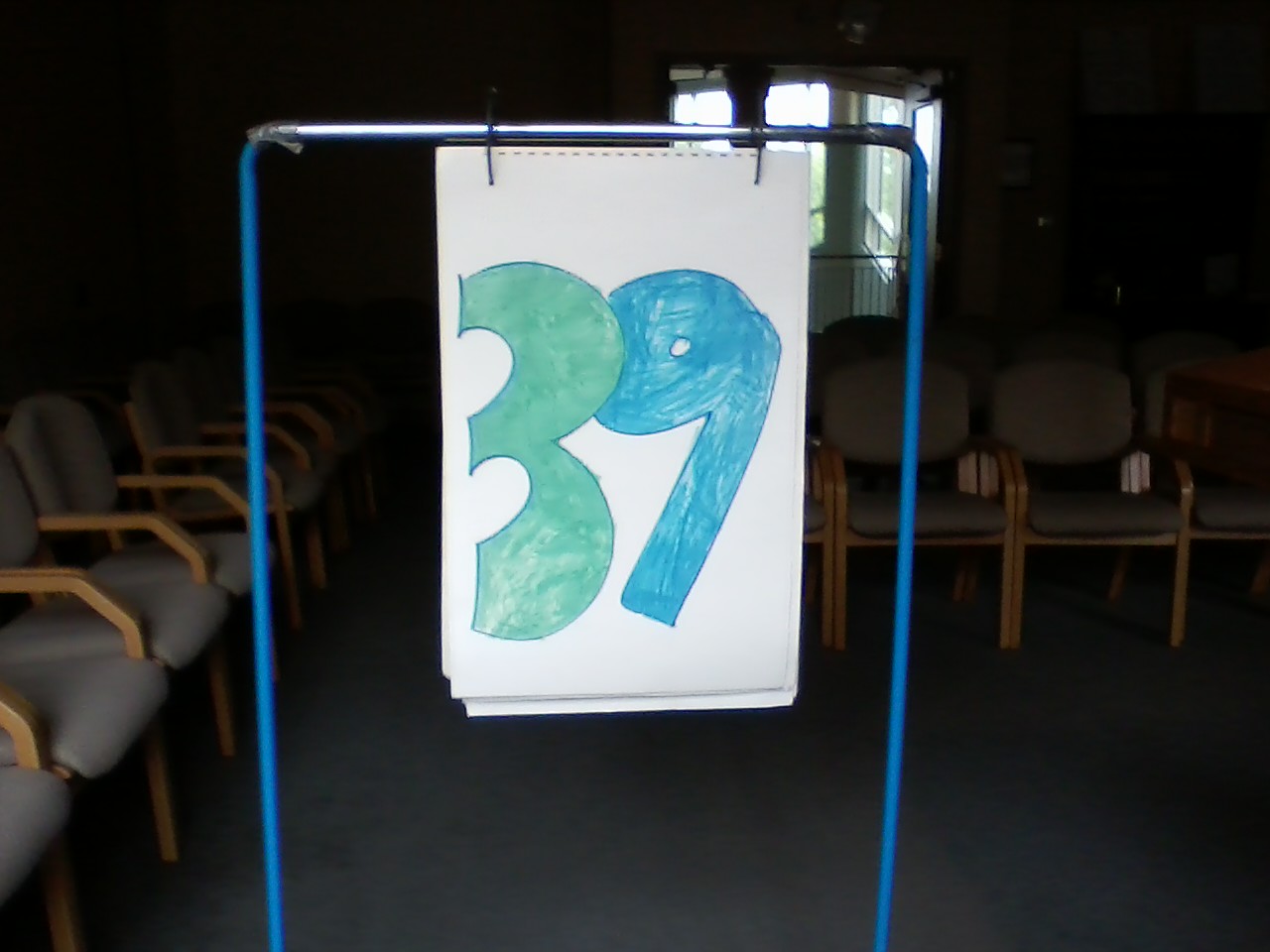 I want to open by thanking Scott Lerman for creating a new digital omer-counter for the Temple Emunah daily minyan. As we gather together on Zoom each night, we click on the webpage, and it flips from one number to the next. This counter is meant to recall the physical omer counter that currently lives in Rabbi Lerner’s office, and which, I understand, many minyan-goers at Emunah have a real fondness for. Counting the omer lends itself to fun– it comes with its own set of rules. If you miss counting at night, you can count in the morning without a blessing, and then continue counting with a blessing the next night. If you miss an entire day, then you can keep counting, but without a blessing. If you’re competitive, then the drive not to get “out” can keep you going, from one day to the next, without missing one.

I’m on a list-serve that has probably been active for about 15 years or so, that is dedicated to counting the omer. Every night, the first person to their computer after dark is supposed to send an email with something funny corresponding to the number of the omer. It might be a music video of “Eight Days a Week,” or a clip of the count from Sesame Street counting to a certain number, or a scene from a TV show in which a particular number happens to be featured. It all adds to the sense of excitement about staying in the game.

But the omer isn’t just fun and games. It’s considered to be a period of semi-mourning, when traditionally people refrain from haircuts, live music, and weddings. And why, you ask, is the omer a period of mourning? Many of you may have heard an answer to this question that feels quite fitting at the moment. During the omer, you may have heard, there was a plague, a terrible plague that killed many of the students of Rabbi Akiva, a great teacher who lived in the second century to the common era. But in fact, if we read the passage that tells of this supposed plague, the story gets more complicated.

“Rabbi Akiva had twelve thousand pairs of students, and they all died in one period of time, because they did not treat each other with respect. It is taught that all of them died in the period from Passover until Shavuot. Rav Ḥama bar Abba said, and some say it was Rabbi Ḥiyya bar Avin: They all died a bad death. What is it that is called a bad death? Rav Naḥman said: Diphtheria.”

We learn a few things from this text. First of all, we learn that Rabbi Akiva had twenty four thousand students, who all supposedly died during this seven week period. That’s a lot of death! It makes sense that such a terrible tragedy would be marked by communal mourning.

Second, we learn that according to some, this death was caused by disease. We certainly can understand the fear, and the tragedy, that disease can create, and it seems that the devastation caused by this disease was fairly thorough. This travesty was not just personal to these individuals, it was communal, and we can imagine that it was perhaps even accelerated by the close proximity that these students had been in with each other. Tight communities, as we have seen, can sadly be places where disease can be easily transmitted.

But there’s another claim here, that should give us pause. That other claim gives a different reason that the students died: because of their behavior, because they did not treat one another with respect. Was the disease the punishment for that behavior, or was it a completely different answer to the question of how they died? That’s unclear, though I have always assumed the first of those interpretations, that the disease was itself a punishment.

If we assume that the disease is a punishment, and that this is a unique story, meaning that it doesn’t imply that disease in general is a punishment, then I find this idea quite poetic. I have no trouble imagining a group of students, spending their days learning about how to be good people, treating each other terribly! That kind of hypocrisy is all too common, and the idea of a magical divine punishment for it is quite appealing. Furthermore, the fact that the Talmud, which values learning about almost all else, would suggest that people who spend all their time learning don’t always act as nobly as they tell others to, suggests some nice self-reflection. Being learned isn’t everything! Make sure you put your actions where your mouth is!– this story tells us.

There’s something else appealing about this story. Part of what is so frightening about disease is its unpredictability, and our lack of control over it. We don’t know what it will do, and we can’t cure it, and that makes it scary. In this story, the Talmud imagines a group of people that do have control. If only they had behaved better, this never would have happened. What a tempting thing to say. How nice it would be if the world worked that way. We certainly see that instinct around us. What if this country had done this? What if this organization had done that? Of course, it’s not clear that any of these claims are true, and even if they are, hindsight may be twenty twenty, but since we haven’t yet invented time machines, we have to make do with what we have.

There’s another possible explanation for what happened to Rabbi Akiva’s students, however, and this one is historically supported. There’s a text from the Jerusalem Talmud that may give us a clue about what happened to them. “When Rabbi Akiva would see Bar Koziba, he would say, “This is the King Messiah!” Rabbi Yohanan ben Torta said to him, “Akiva, grass will grow on your cheeks and still the Son of David will not have come.” Bar Koziba is another name for Bar Kochba, the rebel who defied the Romans and suffered a bloody defeat. Rabbi Akiva, the Jerusalem Talmud tells us, believed that Bar Kochba was the Messiah. Others scoffed at him, but he stood firm, and it seems likely, so did his students. It seems likely that they died, not of a mysterious plague, but in battle.

This is a very different story. In this version, the students did not die because they failed to live up to their principles. In fact, it is the opposite– they died because they did act on their principles! Perhaps rashly, they put their bodies on the line in the belief that Bar Kochba would bring salvation, and they were proved wrong.

It’s not hard to see why the authors of that passage in the Babylonian Talmud turned that story on its head, creating a morality tale about the reward for hypocritical behavior. This story is a much harder one to tell. This story tells us that sometimes, acting on your beliefs is not enough. This could be seen as a warning of the dangers of fundamentalism, of jumping on a bandwagon too eagerly, without enough evidence. But it is also a story of the limits of our own abilities as humans, our own control. We’ve had to reckon with those limits this past month. Many of us have tried to exert control where we can– we wear face masks, we order our groceries, we use endless amounts of Purell and wipes– and those things do help us keep ourselves safe, and they do bring us ever so slightly closer to a day when we can once again gather in public. But ultimately, this experience of disease has brought home the things we can’t control, and those limits are as real today as they were eighteen hundred years ago.

As we count the omer this year, we are experiencing firsthand the power of a disease that is out of our control. At the same time, we make the best of the opportunities we have. Rabbi Akiva continued to teach, presumably humbled from his experience. And we, too, find ways not to let our lives stop just because of this disruption. Whether it is by coming together today, having online prom, as I’ve seen many pictures of on Facebook, or the myriad of other ways that we are all finding amusement and hope in this time, let us all find ways to stay strong, support each other, and continue doing our best make our actions live up to our beliefs.