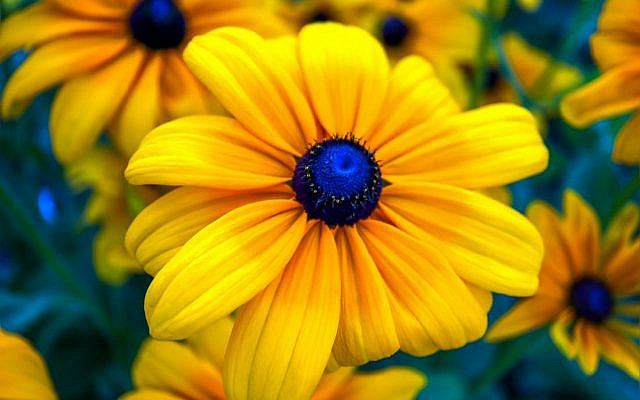 I saw a headline in The New Yorker asking the question, Can I stay friends with someone who voices racist views? I couldn’t bring myself to read the article yet. Because I know my answer.

A lot of people dismiss what’s happening in our country as “politics.” It’s somehow lesser than to care about politics. But it’s really not about politics. It’s about justice.

In Hebrew, in the Torah, or Old Testament as some think of it, the word for justice is Tzedakah. This word also means charity. Because they’re one and the same. Justice is protecting the vulnerable – making the rectification in the world so that we all have equal status. This is a moral imperative.

Anything else is a sickness of the soul and a desecration of all that is sacred and holy. And the fact that the word in its original language means one and the same is a lesson. We’re meant to understand that money and everything of earthly value is always connected to the spiritual mission of ensuring justice.

We are living in an America that is profoundly unjust. Our country’s foundation is rape and pillage. We stole it from the Native Americans. We built it on the backs of slaves from Africa. And we continued by abusing immigrants, especially Latinos. Until about a hundred years ago we used child labor.

Now, my family is relatively new. We came to this country a little more than a century ago. My family came to escape certain death and destruction from the pogroms. We don’t date back to the Mayflower. Let’s face it, most Jewish families don’t.

Yet, while the majority of the Jewish community is liberal, specifically because we’ve experienced being at the bottom in caste in autocratic countries, there are some who are inexplicably racist and supportive of neo-Nazis. When I was living in the ultra-Orthodox community I heard the pejorative “schvartze” too many times. Often I spoke up. But I saw it was being passed down to children. And not just ultra-Orthodox, modern Orthodox, too. And of course we see it’s not limited to denomination. It’s sprinkled everywhere, like a toxic pesticide.

I don’t believe God wanted a patriarchal world. The matriarchs in the Torah were equal to the men. But it became subverted to a point that it’s nearly unrecognizable. And we have a world based on a venomous patriarchy that permeates every facet of life. This idea that hierarchy is all that matters. We’ve perverted the word Tzedakah and Justice.

We’re left with a country that worships wealth and fame, idolizes it. We don’t uplift the vulnerable, we abuse them. We have a criminal justice system that empowers our police to murder men and women based on the color of their skin. We jail men and women based on the color of their skin. We pay men more than women for the same job. We don’t take the crimes of rape, domestic violence and sex trafficking seriously. Our criminal justice system has allowed half a million untested rape kits alone. Half of our country still legally permits girls – children – to marry much older men. Essentially, legal pedophilia and child rape. This is law in 25 states. We destroy our natural resources and lands, which harms Native Americans. Immigrants are living in terror. Children are locked in cages by our government, abused, sex trafficked, or “lost.” And most of America doesn’t have adequate health care, particularly the Black, Native American and Latino communities.

And that was before the Covid pandemic. Now, it’s infinitely worse. The vulnerable communities are active targets.

It’s obvious that this President is the personification of all that is the opposite of the word Tzadakah and Justice. And the GOP’S platform – to support only him – lays bare what many of us have known – that this important political party has become a cult and chosen an evil man, utterly lacking in all that’s holy and good, to be its leader. This was all festering before he came to power.

Hitler didn’t come to power overnight. He gradually rose to power. He had been campaigning on Nazi ideology for over 20 years. And even once in office, he proceeded gradually in persecuting the Jews and others. He called himself a Christian, though, like Trump, there was little evidence of this.

There is no doubt in my mind that America is headed for a Nazi America with Trump. We study the Holocaust, but we fail to examine the years leading up to it. America is in a nearly identical position as pre-Nazi Germany. Like then, many Jews ignored all the signs.

Most preferred to disregard the signs, to avoid the necessary discussions. Just politics – not polite conversation.

Tzedakah, Justice starts with each one of us. Even if we manage to get Trump and the GOP cult out of office, it won’t be nearly enough. We are going to have to hold ourselves accountable to changing our society, our communities. We can’t rely on our political and governmental leaders alone. For the extreme right, this means owning assault rifles and forming neo-Nazi militias. There are more of these than we want to acknowledge.

We are going to need to have the very difficult conversations with our family, friends and neighbors. We’re going to have to make personal sacrifices and not play nice. We need to make clear how what is deemed merely political is actually very personal. It’s not just holding different views. That’s a lame excuse. If we don’t want to have an unjust country, an unjust world, we need to stop tolerating this in our personal lives. We need to make these changes from the inside out.

I’m a sentimental and deeply loyal person. But I’m not loyal or sentimental about people who are willing to support, or even just overlook neo-Nazis, racists, misogynists, anti-Semites, those violent against women, child abusers, xenophobes, anti-LGBTQ, the financially corrupt, and so forth.

First, I tried talking with them, really having that conversation. If after many attempts, they’re still intractable, I disengage – and I let them know why. Because it’s not enough to say what we stand for. We have to let others know that what they are doing and saying is unacceptable. We have to stop tolerating the intolerable.

How you go about doing that is up to you. But it’s the work that must get done if we are truly going to create a just and spiritually sound world. Otherwise, our silence is complicit.