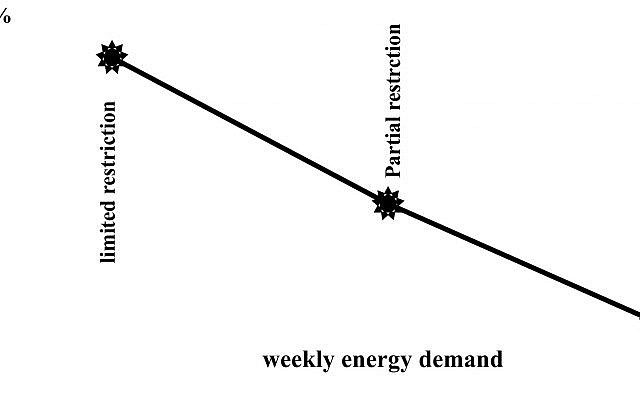 Due to the lockdown strategy adopted by countries to contain coronavirus spread, energy consumption has hit all time low in all the countries. The International Energy Agency brought out a nice document reporting the energy demand and carbon dioxide emissions during the lockdown period. One positive aspect about COVID-19 is- what CoP (conference of Parties) could not achieve over the last several years – COVID-19 could achieve in a matter of few weeks!! According to the report, countries in full lockdown experienced 25% decline in energy demand while countries in partial lockdown experienced 18% decline in energy demand.

Of the three fossil fuel sources- coal, oil and gas, coal demand was hit the hardest, falling by 8% over the previous year same period. This is mainly due to the lockdown in countries based on coal economy-like China and India. The second factor that brought coal demand is the less expensive gas, that is available freely. And of course, to some extent the renewables played a significant role in bringing down the coal demand. The oil demand fell drastically due to cancellation of majority of the flights globally during this lockdown period. Aviation industry reduced 80% of oil demand globally. In addition to the aviation industry road transport too reduced the oil demand during the lockdown period ending April 2020. Since majority of commercial establishments were closed (people were at work online)- including industries, malls, cinema halls, schools and other institutes, electricity demand fell drastically by about 30%.

According the IEA report, the impact of COVID-19 on energy demand in 2020 would be more than seven times larger than the impact of the 2008 financial crisis on global energy demand. Due to decline in coal and electricity demand, global carbon dioxide emissions are expected to decline by 8% equivalent to 2.6 gigatons……representing levels in 2010. This is because 54% of the world population were under lockdown till 28th April 2020.

What was the scenario like before COVID 19? Let us rewind.  In 2010 the CO2 emissions were about 3.6 gigatons. The current emissions are below this. This is exactly the reason why 192 countries meeting again and again at CoP were not able to come to an understanding to reduce CO2 levels in the atmosphere……. economy. Meetings after meetings were held to discuss this issue without any outcome………. All the countries went around the bush again and again suggesting several mitigation strategies that will never bring the CO2 emissions level to this number!  Millions of dollars were spent to host the CoP meetings. What the countries did not realize is simple lockdown by the world will bring the magic number. This is the positive aspect of COVID 19!!. Within a short period of 45 days the air was purified, CO2 emissions are reduced pushing countries to workout new ways to improve the economy by supporting sound industrial growth.  Countries with sound foundation in agriculture sector can survive any such pandemic. Countries that suffered the most are those depending on VWT (virtual water trade)..

This issue of food security and food independence attains importance under the current situation the world is facing—–COVID 19. A small positive sense single stranded RNA genome of few micron size shook the entire world. No discrimination between rich and poor, old and young. This virus brought the entire world on to a common platform, brought down the economy along with CO2 emissions!! . Since international trade was affected, several countries depending on VWT got affected. 130 million people were affected due to disruption in food supply according to a recent report by the World Resource Institute. Even food surplus countries were not able to help those VWT depending countries due to disruption in trade/goods flow. What is the lesson that COVID 19 taught the countries depending on VWT? Even the Mesopotamia tribe’s barter system fails in this kind of situation. This rises a fundamental question…..how to secure freshwater to sustain agricultural activity. (Read my earlier blog on how countries are affected due to lakh of fresh water “Coronavirus Disease (COVID 19) Food security and Food independence”)

Food security issue is driving countries to adopt desalination technology to get freshwater. Several desalination plants have emerged in the Gulf countries including Egypt, Djibouti and other countries. But this not a long-term solution. Desalination process is cost intensive and centers around GHG emissions issue. Currently large amount of fossil fuels is spent to obtain fresh water from the sea. Small oil producing countries may not be able to spend fossil energy to support desalination since their GDP depends on oil exports!! However, solutions exist for these countries to tie over food security situation for the future. We will discuss about these solutions soon.