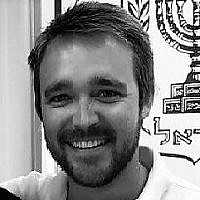 The Blogs
Wyatt Roy
Apply for a Blog
Advertisement
Please note that the posts on The Blogs are contributed by third parties. The opinions, facts and any media content in them are presented solely by the authors, and neither The Times of Israel nor its partners assume any responsibility for them. Please contact us in case of abuse. In case of abuse,
Report this post.

“Look at their luck,” the soldier joked to his comrades. We’d been at his Peshmerga outpost on the front line for no more than a minute when 15 Daesh fighters kicked off a series of 50 caliber Dushka and RPG rounds from less than a kilometer away. This was not quite what I’d had in mind when I visited the Kurdistan Region of Iraq recently, as part of an extended trip to countries that I have an interest in. I was there to see a mate (friend), get a feel for the environment, and talk to policy-makers and industry leaders about their experience.

The advantage of doing an unofficial trip is the low profile — instead of getting whisked around on a whistle-stop tour, you can really take the time to get out on the ground. So given a unique opportunity to access the liberated town of Sinjar, or Shingal as they call it in Kurdish, I took it, keen to see for myself the realities of Daesh’s brutality and the challenges for those remarkable people facing them down. 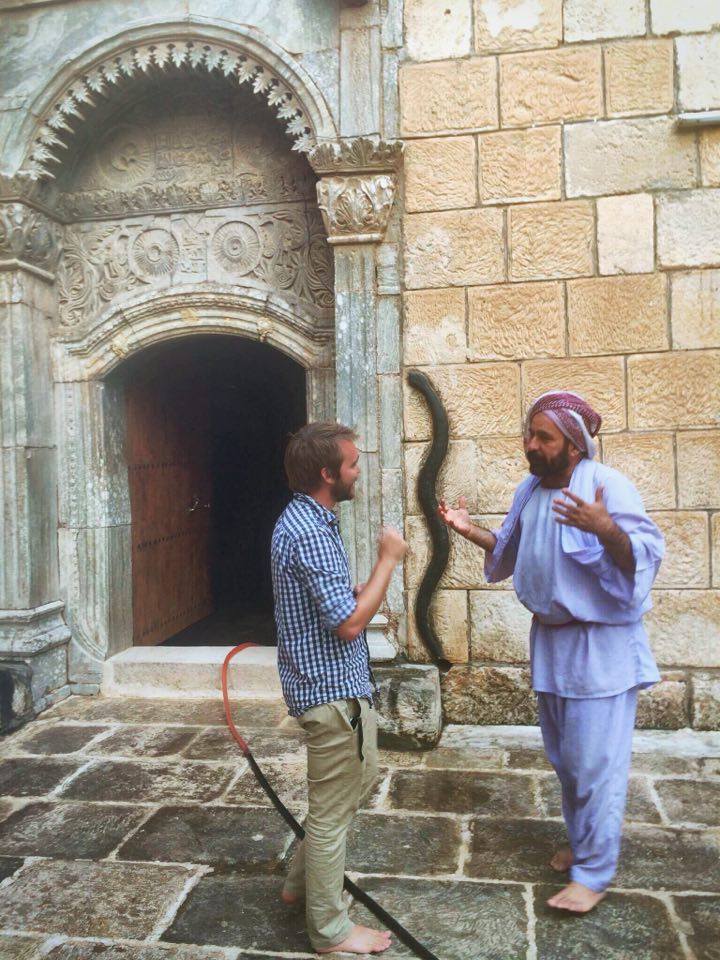 This wasn’t the first time I’d been in this conflict zone. When I was in parliament, I’d visited the front line with Daesh from the safety of a UN outpost in the Golan Heights in Israel, and taken part in a delegation to Baghdad. But Sinjar, and the neighboring mountain by the same name, had an even more poignant meaning for me. This was where thousands of Yezidis were murdered and enslaved in the name of Daesh’s evil brand of Islamic extremism. The unfolding atrocity caught the world’s attention, and as a then member of the government backbench, I advocated for at least doubling Australia’s refugee intake as a humanitarian dividend from our strong border protection policy. 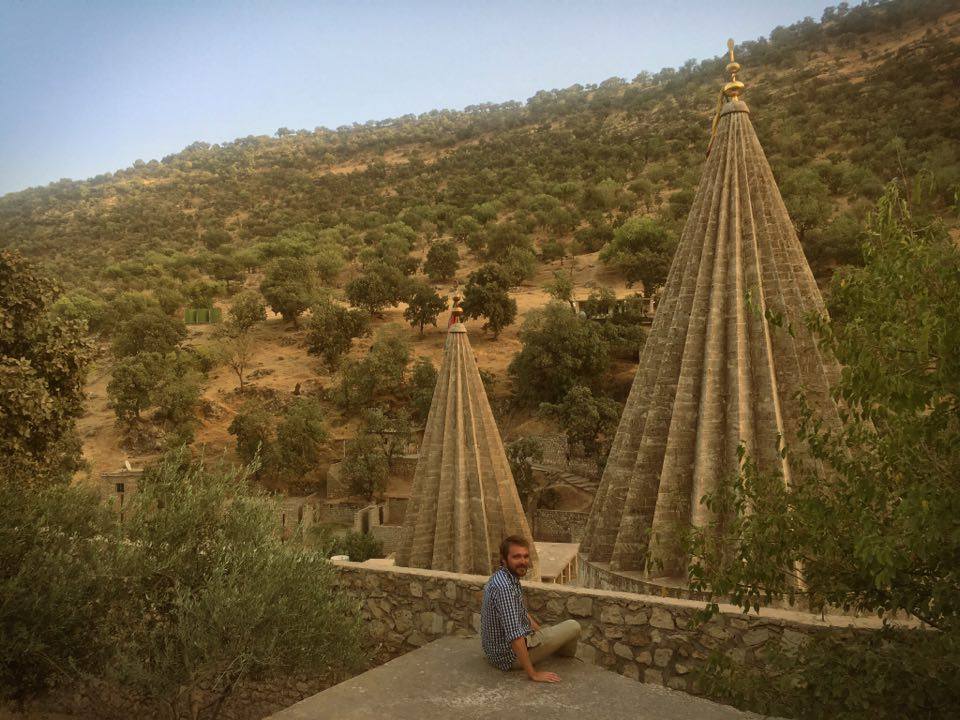 The day before we visited the Peshmerga, I’d walked barefoot through the Yezidis’ holiest temple in Lalish, inhaling the smell of olive oil, burned in a tradition to bring peace to the world. A kindly old man called Ahmed took the time to explain some of their beliefs and traditions to me. He’d lived in Mosul. When I asked if he hoped to return, with liberation expected to start at the end of this year, he simply shook his head and slowly drew a finger across his neck.

While a coordinated Daesh attack of the type we experienced isn’t a very common occurrence, the calmness of most of the soldiers betrayed how used to it they were. I can’t overstate how welcoming and conscientious these men were; they even took the time to pat the dust off our arms after we’d all had to hit the floor. It had been a particularly dusty day, which is probably why Daesh chose that moment, but the soldiers told us they’d still called in their position in the hope of air support. During a lull after half an hour, we were told to drive back — fast.

By the time we got back to the center of the town, the sound of Coalition jets already hung heavy in the air. We were later told that two strikes hit the attackers, successfully subduing the offensive. This was a stark reminder of the crucial tactical role our air force is performing in Iraq and Syria, and it was a lesson the grateful soldiers asked me to take back home with me. 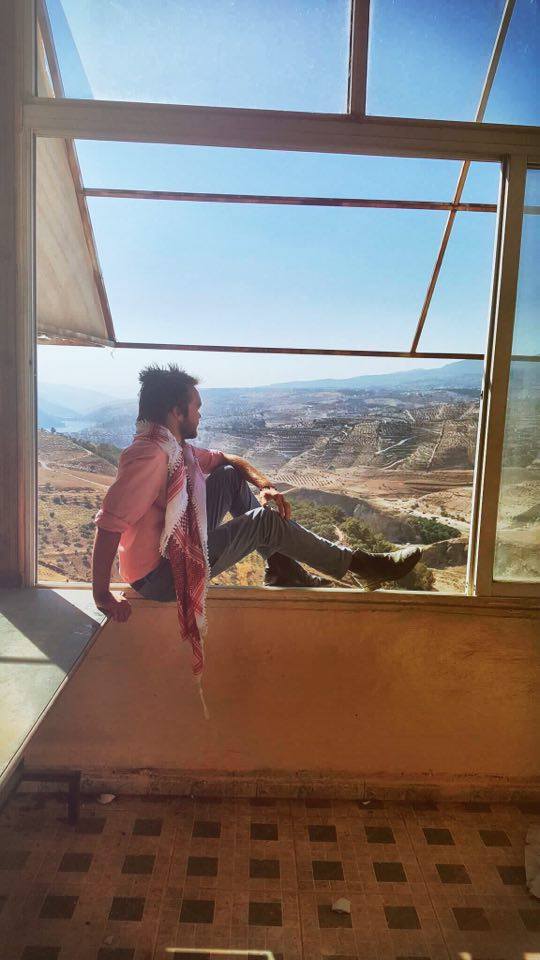 While we might not have had much luck that day, I now carry a greater conviction that those of us blessed to live in the “lucky country” of Australia have a moral obligation and responsibility to respond to these outrages of humanity with an assertive internationalism, not the faux security of isolationism. Few places deserve our support more than the Kurdistan Region. Up until 2014, there was optimistic talk of it becoming a new Dubai. Then, in a matter of months, Daesh threatened their capital, global oil prices plummeted, and then the equivalent of a third of their population sought refuge in their land.

That’s a triple-whammy not many established countries could cope with, never mind a nascent semi-autonomous region recovering from centuries of persecution. And yet, they persevere. The Kurdish people are steadfast in their resolve and aspiration for a peaceful, prosperous, and independent homeland. While facing enormous economic and political challenges, Iraqi Kurdistan offers one of the few rays of hope in a deeply sectarian Middle East. In this land of ancient religions, the government’s commitment to pluralism is undeniable — they even want to see the historic Jewish population return. 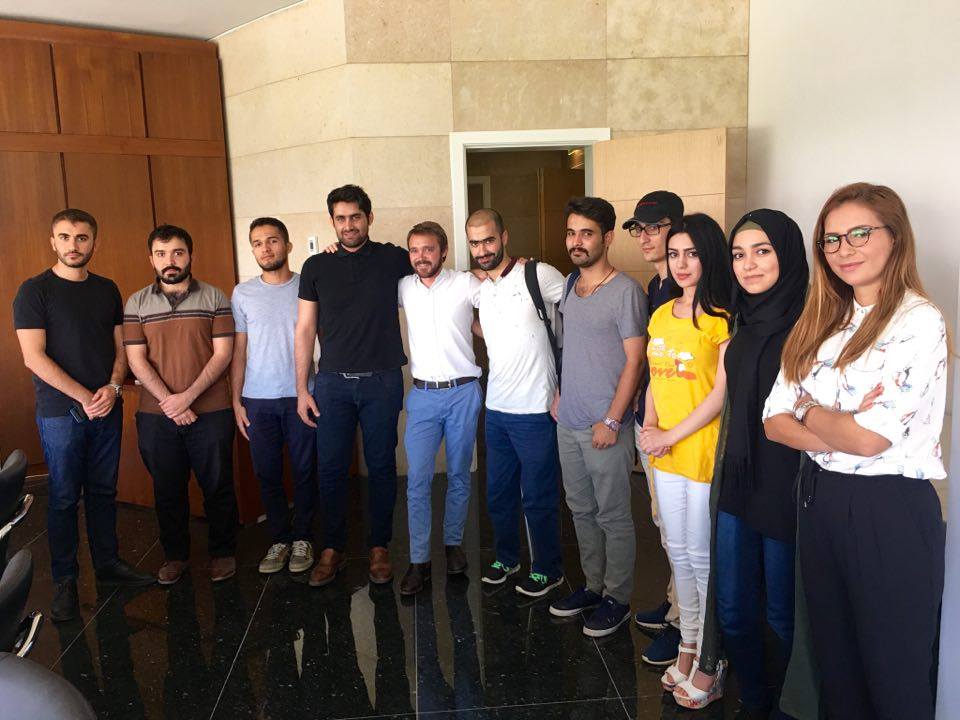 The West’s lingering “one Iraq” policy is understandable in some ways, but it no longer reflects the status quo. I believe we should not only directly support the security forces of Kurdistan, but also the Kurdish people’s aspiration to build their own nation. Closer to home, Australia was prepared to take a stance like this in supporting East Timor long before the international diplomatic community came on board with it. Why not for the Kurds? Amid the rubble in Sinjar we saw Yezidi homes tagged with black spray paint by Daesh, carrying a warning to “never enter.” Such vivid scenes revive the increasingly distant memory of genocidal Nazism. I can only hope that we will soon be able to look into the eyes of the people of this land, and say “never again.”

Former Australian MP and Assistant Minister for Innovation Wyatt Roy, in an interview last week with SBS, Australia’s national public television network, recounted being caught in a firefight clash between Islamic State and Kurdish Peshmerga forces in Domez, Iraq, near the town of Sinjar, which is west of Mosul. Roy filmed the firefight and released it to foreign and local press.

Since the clip’s release, Roy received harsh criticism from former colleagues, including the Australian prime minister, Malcolm Turnbull, who called the act, “very stupid” and Foreign Minister Julie Bishop, who criticized the act and emphasized that Australians are advised not to visit Iraq.

About the Author
Wyatt Roy is a former Australian MP and Assistant Minister of Innovation. In 2010 he made history by being the youngest person to ever be elected to the Parliament of Australia at the age of 20. He currently serves as non-executive director of the venture capital mob H2Ocean, an Australian company that invests in financial technology start-ups.
Related Topics
Related Posts
Comments