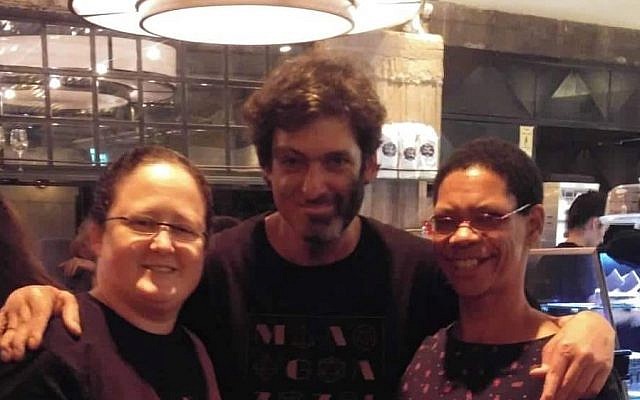 “Dan Ariely is working at the bar,” My friend stated flatly with a mixture of awe and disbelief.


The four of us were finishing up our meal and had just started discussing whether it was time to ask for the bill. I looked over at the bar and saw nothing but a blur. Which is when I remembered that I had taken my glasses off at some point in the evening. I turned to my other friend to see if they thought there was a chance in hell that the bartender could be a famous economist, but remembered just in time that their eyesight was worse than mine, due to their being an albino. I fumbled for my glasses.

I have a hard time telling people apart. Earlier in the evening I had confessed that I had stopped dating whole classes of men because of awkward situations where I mistook total (but very willing) strangers for my dates. The man was facing away from us while taking drink orders. His profile was completely nondescript, with brown hair, and a beard. He also seemed far more familiar with mixologist lingo than I would expect from someone with two PhDs.

I told my friend she was delusional.

Then the bartender turned around to face us, and I saw that he only had half a beard.

I apologized for my disbelief immediately and asked if this could really be happening.

We agreed that we needed to confirm this person’s identity beyond any doubt, and if we were right, get a picture proving our brush with greatness. We wandered over to the bar, where it was obvious that this was indeed Dan Ariely. My friend started gushing to him in rapid Hebrew while I stood behind her and waved. He gave a smile and flashed the quintessentially Israeli rak regga gesture that means “give me a few minutes.” We started jumping up and down like groupies… which, I guess we are.

This was the second social event in a week where love for a behavioral economist had been a prominent part of the evening’s festivities. On Saturday, I had gone to a friend’s birthday party, and encountered another guest who was wearing a Freakonomics t-shirt. This led to a 30 minute conversation about election reform that only ended because I had to pretend to care about some of my other friends to maintain my social standing. Honestly, I find few things as entertaining as a juicy discussion about the range of human responses to incentives. I’m lucky that most of my friends share that view.

After he had taken care of his current orders, Mr. Ariely came out from behind the bar, and spent a couple of minutes talking to us. I told him that my partner was a research economist who had just moved overseas for a work assignment, so I wanted a picture to make him jealous. He nodded politely, the way you do when someone else mentions a minor achievement, while you were a professor at MIT at the same age.

I’m still proud of you, baby.

Once Mr. Ariely returned to making cocktails, we sat for a few minutes and reflected upon our good fortune. As we left, we asked if this was a one-time thing, and the staff told us that he would also be back the following evening, working as a waiter. I briefly considered returning to see if he was as good at table service as he was with the alcohol, but chose to be grateful for what I had already experienced.

At work the next day, I showed my boss the picture we took. He replied that our CTO had gone to a couple of Ariely’s lectures at Midburn. I weighed whether or not this would have been cooler than a chance encounter at a restaurant, and decided that my story was definitely more impressive. Well… unless the lecture was at the Free Love camp, which would be a whole new take on naked economics.