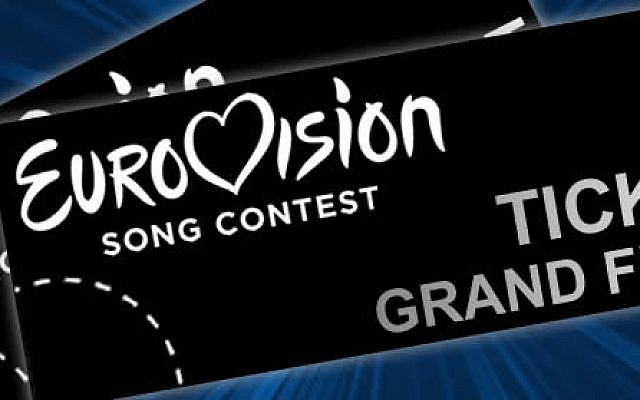 Entrance tickets will be triple the usual price. Fans are reportedly furious. They shouldn’t be. Not even despair. They should use their brains.

Cheer up! It’s election time in Israel. Every party wants to say that they are really for the people and not just for the middle class and the rich.

Use the leverage that you have. Demand that the government subsidize 67% of the ticket prices bringing the cost down to normal.

The grant should be for Israelis, to celebrate that Eurovision is here and its local fans don’t need to travel to Europe to spend their money there.

And the grant should be for foreigners too to celebrate that they came here to spend their money as tourists.

The whole event is an international public relations stunt for Israel anyway. That can cost something. But not a lot, it will be. Why?

The money will flow into state coffers immediately except for exorbitant salaries that some organizers might have tried to secure for themselves – whose reduction should be demanded as a condition for the subsidy.

(Talking of great pro-Zionist publicity, some negotiation seems needed with France about our freedom of speech and humor.)

The cabinet and opposition parties should fall over each other explaining why such subsidies are fair and justified.

If needed, point out that the prices are so high because Israeli politics refused to pay for it all, forcing the hosting broadcaster to take a loan that needs to be repaid.

Almost no political party wants to be known to the voters as the one who ripped off Eurovision show attendants. They’re dying to pay you.