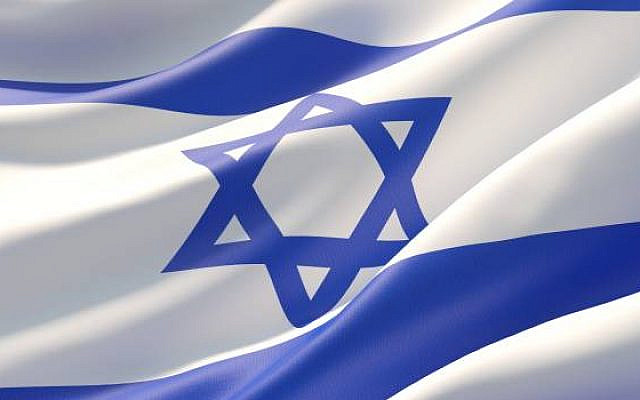 So say thinkers whose work is to immerse themselves in understanding Israel’s past and present and envision its future.

Thinkers who are doers, those at the Shalom Hartman Institute, who are putting innovative ideas into play, who are emboldened by the new political reality in Israel and impassioned by their love of Israel to capitalize on it.

Dayenu, enough, they say, marveling at the new coalition government that brings together centrists, hard left, hard right. That is even courageous enough, hopeful enough, to include an Arab Israeli party in the government, a first long in coming in a state where Arab Israelis are now 20 percent of the population.

It’s enough, they say, grateful for the promise the government holds.
But it is time to work to realize that promise.
Enough is enough.

Enough and enough, I think, looking at both sides of the current political moment, the glimmer of possibility for change the government holds and the demoralizing stasis of the occupation and the status of its inhabitants. Especially as it was evinced in the aftermath of the most recent Gaza rocket attacks and Israel’s bold airborne response causing undue death and destruction and world wide condemnation, not to mention Jewish American contention.

It prods me, a staunch lover of Israel, its ardent protector and defender, to confront the abrogation of Palestinian rights and Israel’s abdication of moral responsibility that fuels the ongoing conflict. And to speak out.

The divisive tenor in the American Jewish community, pitting Palestinian rights against Israel’s right to defend itself, has led many to avoid expressing themselves. It has chilled the kind of rigorous intellectual exchange we need, the kind of open ended discussions we are missing, the radical listening and thoughtful conversation that can wrest a consensus that stands strong for Israel, despite our differences. Instead, silencing has become the rule rather than the exception, cancelling, or even demonizing, its unruly counterpart.

It’s reared its ugly head in academia, on college campuses, on social media. But also in our communal board rooms, in our classrooms, in our homes, in social settings, virtually and in person. It has become easier to simply shake our heads in despair, speak of our angst, commiserate, but go no further. It’s complicated, becomes the lame rejoinder.

So I listened intently as Hartman scholars wrestled with how to respond, sharing their thoughts and aspirations for changing the narrative and engaging others, community leaders, rabbis, cantors, in frank discussions about the conflict, the current state of the Jewish state and its implications for American Jewry. And encouraging us, those American lovers of Israel, not to remain silent.

Their allegiance to Israel, their love of Israel, their commitment to its safety and security, was evident. So, too, their aspiration for it to realize its potential as both a Jewish and a democratic state and find ways to lessen the occupation’s dire consequences.

They grappled with questions of power, of civil authority, of moral responsibility. They drew on scholarly and rabbinic wisdom, harnessing both intellectual and spiritual resources to inspire discussion, modeling the discursive model of the yeshiva.

They laid out possibilities for shrinking the conflict, rather than attempting to solve it, practical actions to improve the lives of Palestinians, ease hardship, reduce isolation, lessen discrimination.

And they were clear that the American Jewish community is a valued partner in the endeavor and needs to raise its voice, not only for Israel’s sake but for its own.

The situation is complicated, there is no a simple fix, no one answer, but for those of us committed to Israel, to the majority of American Jews who still say that Israel is central to our Jewish identity, there is an imperative to create a space with room for us all, the defenders of Israel’s might and the supporters of Palestinian rights.

Because enough is enough.

As Tisha B’Av is upon us, as we recall the baseless hatred that led to the destruction of the temple, the story becomes ever more telling and its message ever more pressing.

We need to come together, now in this momentous moment.
Dayenu.