Last week when I went to pick up a prescription at CVS, my former mail carrier was also there waiting in line. A few years ago, he was transferred to another job within USPS, but I no longer had the opportunity for the occasional pleasant schmooze time with him. 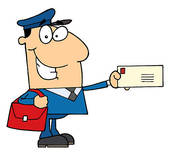 As often happens with me, my mind went to “post office Mitzvahs”, and I thought about whoever it was in USPS who came up with the idea that — if we ask everyone who receives mail on a specific day — to leave one item of food for food banks and soup kitchens by the mailbox — just imagine the grand total of how many Americans would be reached, and how many beneficiaries would get relief from their struggle for food. It is truly a staggering Mitzvah-statistic.

The Hebrew word for “imagination” is dimayon: from the root dalet-mem-heh, domeh meaning “similar”. Apples and oranges are similar because they are fruits; DC3s, Cessnas, and Air Force One are all planes, and Toyotas, Lamborghinis, and Jeeps share “carness” or “carhood”.

But what happened with that USPS person whose idea it was: He made a giant leap beyond letters and packages to bringing together things ostensibly dissimilar from “neither snow nor rain nor heat nor gloom of night…” and brought them together. That is imagination. It is finding this illogical jump, this stretch, jolt, really (until it makes sense) that often results in creative Mitzvahs.

Another natural example is: In the highlands of Guatemala, 50-60 Mayan women are crocheting kippot who, with their significant added income from this project, support their families and keep their daughters in school – in a country where considerable numbers of the girls drop out after second grade. Meeting these women in person feels somewhat like being in an episode of The Twilight Zone. 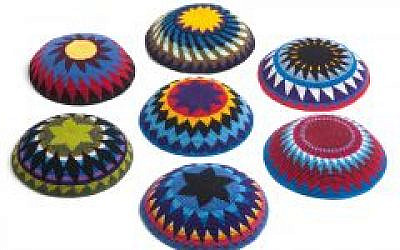 This is how it happened: On one of Mayaworks’ annual trips to Guatemala, a Jewish woman named Becky Berman saw that the women were making and selling hacky sacks covered in their crocheted multicolored handiwork. She simply said, “Maybe they can learn to make kippot!” Mayaworks’ marketing in the U.S. and Canada has been an extraordinary success. I think that everyone would agree that thinking from hacky sacks to kippot is quite a stretch. Just imagine! (www.mayaworks.org)

Next example: For several years running, at the Stanly Manor nursing home in Albemarle, NC, bikers (the real ones, not the week-end dentists and lawyers) visit, hang out with and party with the residents. (How it happened is too long a story to tell, but I spent a wonderful afternoon with this most unusual mixture of friends. I think of two post cards: “Wish you were here” and “A good time was had by all”.

Next example: Pit Bulls and Parolees is an incredible program of rehabilitation matching former prisoners, and an often-abandoned or abused breed of dogs who are supposed to be vicious and terrifying. The ex-convicts work with them, train them, and through them are (to use the hackneyed term) “rehabilitated”. (https://www.animalplanet.com › tv-shows › pitbulls-and-parolees)

But going beyond this basic idea, and using their imagination, two Israelis Jenna Elbaz and Shaked Karp, founded My Piece of the Puzzle pairing children with special needs with  children and teens at risk. (https://mypieceofthepuzzle.wixsite.com/mpop)

Others that no longer seem so farfetched if we think about them include: (1) The Penguin Project, which produces theatrical productions. All of the actors are persons with special needs (penguinproject.org); (2) In Israel, Kalman and Malki Samuel’s Shalva band composed of musicians with special needs (www.shalva.org), (3) The Special Stars trains young women with special needs to be cheerleaders. And no one thinks twice nowadays when he or she reads, hears about, or participates in another Special Olympics event in their community. The same is true when they watch wheelchair tennis or basketball, or marathoners in wheelchairs or with prostheses.

Myriam Mendiow was a former teacher and founder of  Yad Lakashish – Life Line for the Old. She had become deeply troubled by the old people she frequently saw begging in the streets of Jerusalem. She kept thinking old/young, young/old and then acted on what had to be done. Her solution was to have the Elders learn bookbinding so that they could rebind of the schoolbooks of the young students.

Anita Shkedi, founder of all of therapeutic horseback riding in Israel knew the anatomical and physiological fact that horses and human beings have the same stride in their walk. Her Israel National Therapeutic Riding Association (INTRA) now provides solutions for people with physical, mental, and emotional problems. The program is ever expanding, now reaching soldiers with PTSD, individuals with certain stages of MS, and even persons with eating disorders. (www.intra.org.il)

Many of Philadelphia’s street people emerged from their desperate lives because the person reaching out to them was an 11-year-old-kid – Trevor Ferrell. If you hadn’t known about Trevor, and you saw photograph of a group of people on the street who lived on the city’s streets, and Trevor comfortably right in the middle, you’d think, “What is this child doing in this photo?”

I have many more examples of people who saw things we didn’t notice. For those of you who read cookbook recipes or watch The Iron Chef or Diners Drive-ins and Dives, you may very well wonder about their use of imagination, i.e., how the cooks and bakers come up with such strange combinations in their sauces, infusions, and marinades – everything, almost, except hair conditioner or kerosene.

But cooks, bakers, sous and 3-star Michelin head-honcho chefs are only dealing with food; The examples above are about people. Mendilow, Shkedi, Elbaz, Shaked, and the others are the Mitzvah-teachers who should command our greater attention and train us to develop that all-important leap to Mitzvah-imagination.