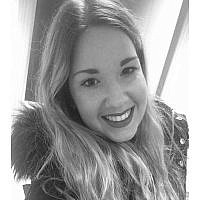 The Blogs
Naomi Frankel
Apply for a Blog
Please note that the posts on The Blogs are contributed by third parties. The opinions, facts and any media content in them are presented solely by the authors, and neither The Times of Israel nor its partners assume any responsibility for them. Please contact us in case of abuse. In case of abuse,
Report this post. 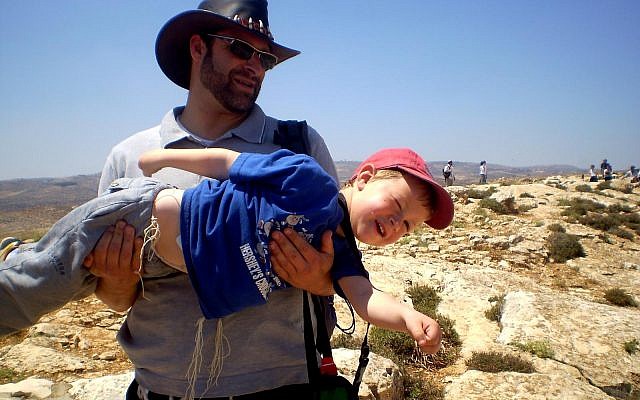 When one thinks of an Orthodox rabbi, or the classic archetype of a tzaddik (righteous person) one might typically imagine a steely man with a long, white beard, somewhat aloof and perhaps uncomfortable around members of the fairer sex.

Steely you were, but aloof, most definitely not. Talking to women? You trained women and their children in hands on self-defence, whilst juggling your Israel advocacy work on social media and beyond, together with implementing your NGO ‘Standing Together’ campaign, lecturing in various educational institutions and of course, being a family man.

Incredulous, I watched through my tears as the social media posts accumulated over the space of twenty four hours, marvelling at how many people from all walks of life you had inspired.

I came across a multitude of lamentations from acquaintances that I would never have imagined had any connection with you. But that was you, Rabbi Fuld through and through. Religious or secular, Christian, Muslim or Jew, you engaged with befriended and treated each individual with the utmost respect. I witnessed this in person and in your online discussions with those whose views completely contradicted your own.

You would always look for the good in every soul and your core lesson overriding everything was ‘just be a mensch (decent person)’. You believed that was paramount to Judaism, and you were a living example of it.

Rabbi Fuld, you were stabbed in the back by your antithesis, an evil coward who targeted you while you were out shopping for your wife. To the very last you showed courage and determination in how you resisted the attack and bravely fought back, preventing further casualties. That in essence summed up the kind of selfless man you were. Even after being fatally stabbed, with your life ebbing away like the midday sun, you leaped over that wall like a mighty Ari (Hebrew for lion), furious and determined to not let the terrorist get away and possibly harm any more of your tribe. As your brother put it, it was as if it was your fiery soul, not body leaping over that wall. Yet there’s not one mention of this atrocity and your heroic actions in any UK or international media. I can imagine you not being surprised by this, and having plenty to say on the matter. 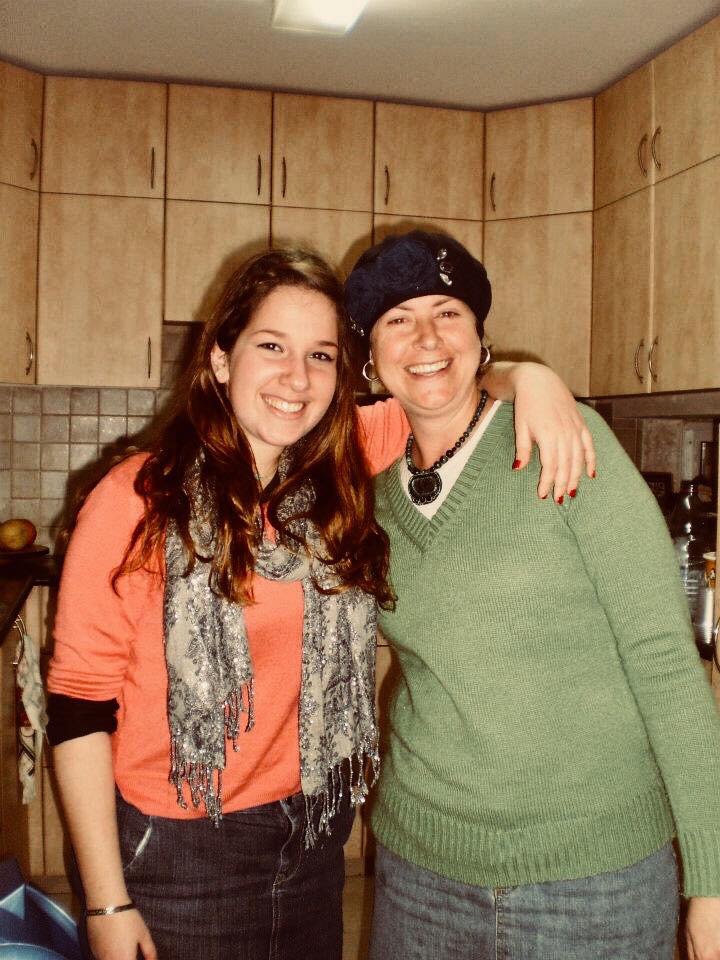 Naomi with his Ari’s wife Miriam

I know I am not alone in saying that you, Rabbi Fuld helped make my year in Israel the awesome, inspiring year that it was. You taught me and so many other girls in our seminary about Zionism, history, the truth and the harsh realities of life in Israel.

You taught like the lion you were, with passion and fervour, your whole being animated, your voice roaring the message out loud and clear. You were proud to call our little land (“the size of New Jersey” as you would often exclaim!) your rightful home, your territory. But underlying that, you taught us to have a deep love of Israel. This wasn’t only shown in the classroom, but in the way you lived your life. You opened up your home to us students time and time again. Invited us to spend Shabbat in Efrat with your warm, welcoming family. I will always fondly remember those lively discourses which were full of wisdom, logic and laughter. Especially memorable was that Yom Haatzmaut (Day of Independence) hike in May 2011 with the whole extended Fuld family, where an idyllic day was spent in the “beautiful rolling hills of Judea” you so loved and so often referred to on social media. 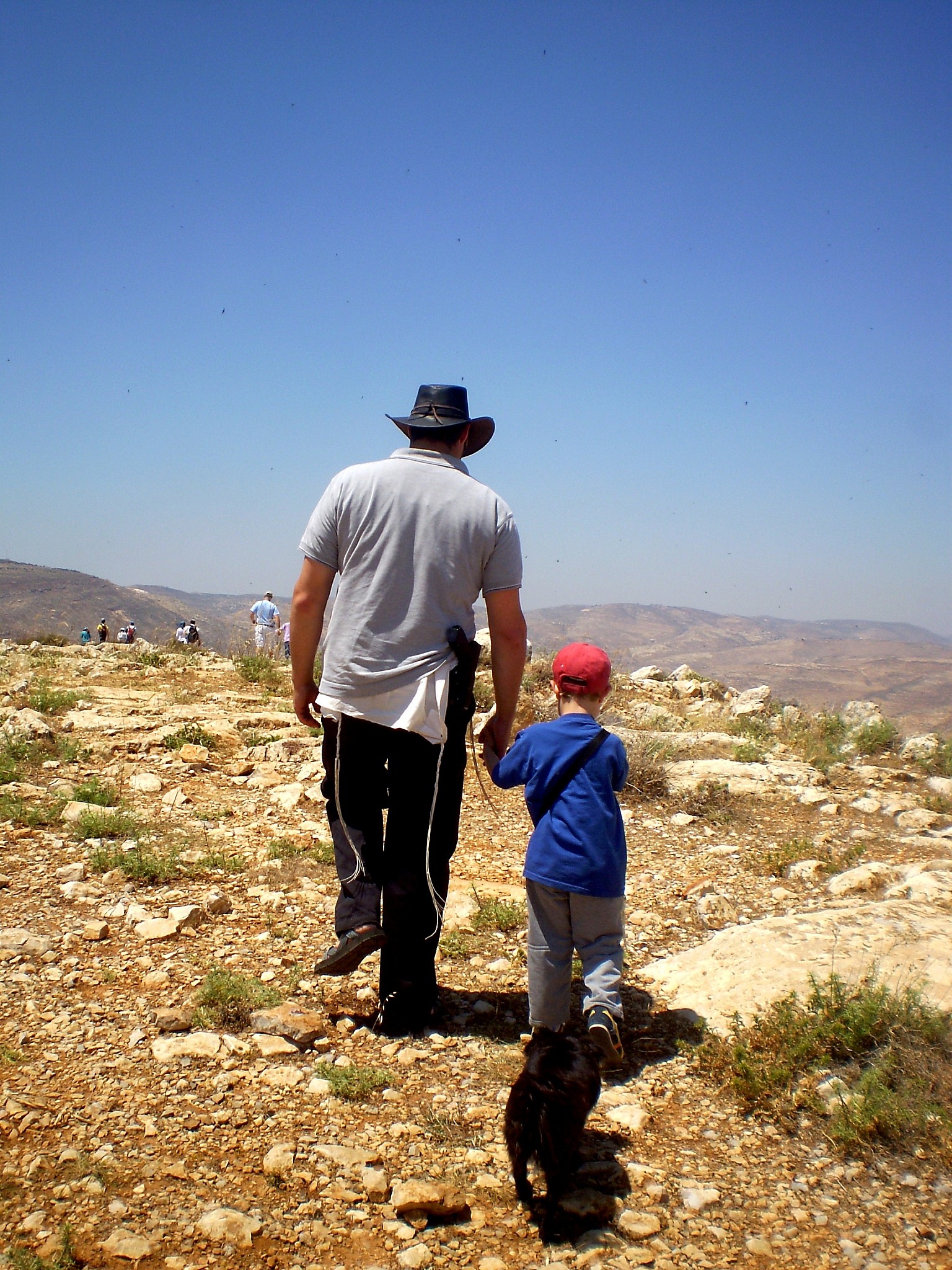 Ari with his son during an independence day hike

On the subject of names, it was always a running joke that my good friend Tamar and I, (who were both close to your family during that gap year in 2011), shared the same names as your daughters, Tamar and Naomi. Honestly, your home felt like a home from home. You were a busy man but always made time to talk. I still recall clearly the conversations we had over coffee and cake, which encompassed life and spiritual advice, with me gaining a deeper understanding of what was required of me as a human being and Jew. You were, and will continue to be a role model Rabbi for this generation, a down to earth, grounded soul with an iron will and determination to spread the truth about Israel to anyone who was willing to hear, and to those who weren’t. A warrior, a lion, like your name  in all senses of the word, you lived your life to protect, to guard ,to train and teach people how to protect and defend themselves, both ideologically  and physically. Not to mention finding so many innovative ways to support the IDF soldiers who are protecting us day after day, through your ‘Standing Together’ campaign.  You were always ready, at a minutes notice when called up to defend those under threat. Tamar and I recall sitting at your table one Friday night when your beeper went off, alerting you that there was a security breach in Efrat. You jumped up and within 60 seconds were in your sergeant’s uniform, carrying your gun out the door. Just as the city of Tel Aviv never sleeps, you were always vigilant, up at all hours of the night protecting the Jewish people- always aware of the dangers be they bodily, or online. The world feels less safe without you, Rabbi Fuld.

But I, amongst many, many others who were his students, his family, his friends, will carry on being his warriors on his behalf, shouting his truth, until the world is forced to sit up and listen. 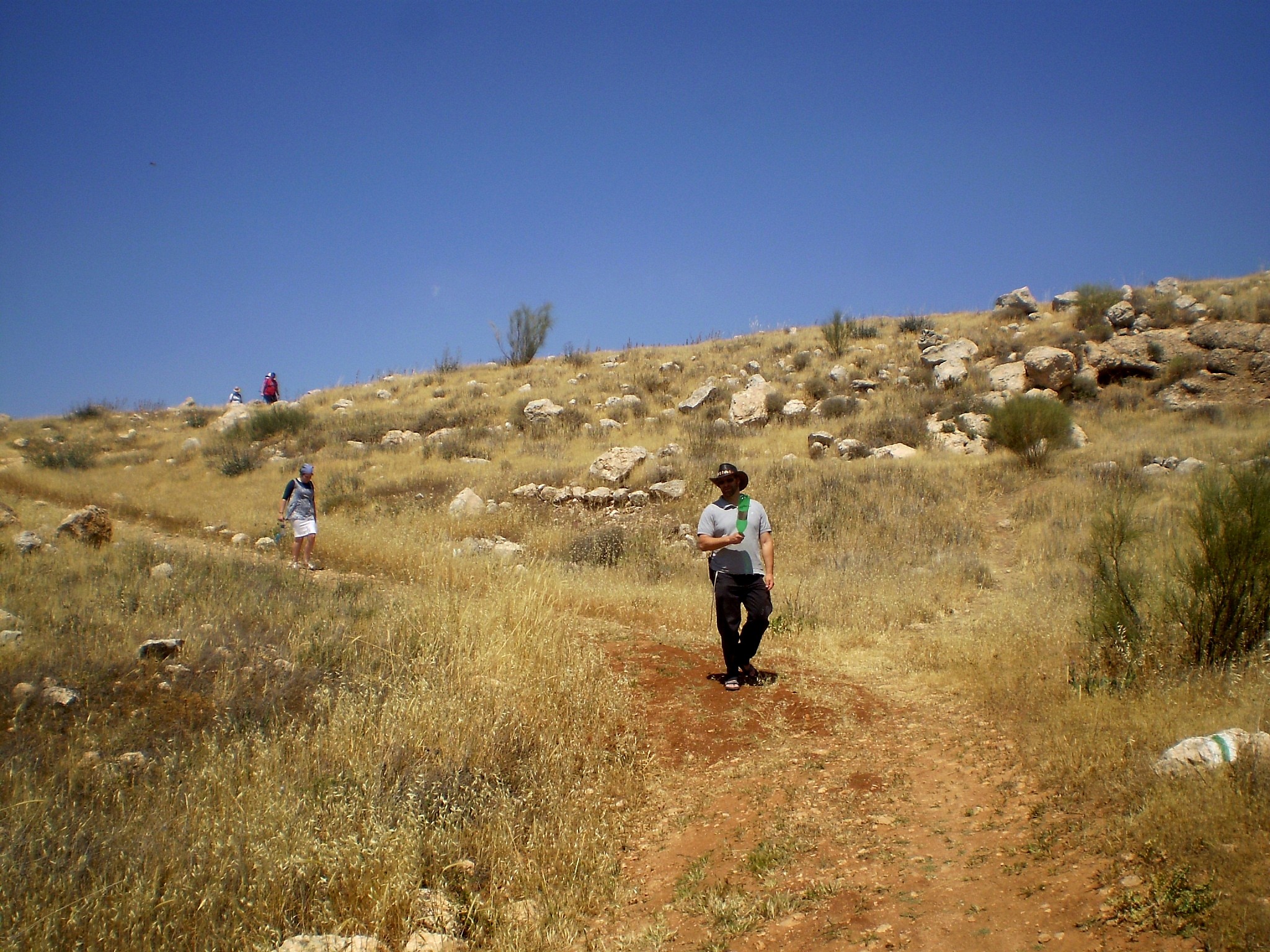 Here in the UK, we cannot let ourselves be cowed by hateful anti-Semitism disguised as ‘anti Zionism.’ In your classes, you would often refer back to the tragedies of the Holocaust and say “we now have a land and an army and an opportunity to fight back, no more going like sheep to the slaughterhouse”. You saw no future for Jews in Europe, and whenever I visited you in Efrat, or spoke to you via Facebook Messenger, you would ask me ‘Nu, when are you making aliyah? When are you coming home?’ I felt guilty each time when I answered that I was too comfortable; too settled in the UK. But Rabbi, I promise you this. Even though I won’t be making aliyah anytime soon, Israel and your teachings will always be in my heart. I will keep all those precious memories with your family in Efrat locked away in a special place that no terrorist can ever destroy. Rabbi Fuld, I promise I will make you proud. As proud as I made you in those history of Zionism classes I never failed to turn up to (even the morning ones!). I will never stop fighting on behalf of Israel and the truth that you so valiantly fought your whole life for and to which you gave your dying breath.

Also, Rabbi, I have news for you that will make you so happy from above. You already knew the other Tamar intended to make aliyah, but what you didn’t know was that she happened to coincidentally receive her acceptance letter today, just before she heard the news about you. She cried to me from Canada, saying you were the first person she was going to call-that your house would have been her first port of call. Now her first destination will be to the cemetery, to lay a stone on your grave.

Your funeral was one of the most harrowing things I’ve ever had to witness. And I wasn’t even there in person. The choked sobs I couldn’t hold back were echoed around the room when hearing Miriam’s final words to you and witnessing her sheer strength and spirit to carry on and take care of your children for you. Miriam, you will always be a true eshet chayil (woman of valour) in every sense of the word. Yakir, Tamar, Naomi, Natan-your crumpled anguished faces broke my heart into tiny pieces, like the piece of shrapnel your mother held up which narrowly missed your father and embedded itself in his water pack all those years ago, because he left his post to save other individuals . Natan, I last remember you playing UNO happily with me on those long Shabbats, now I see you sobbing desperately, placing your little hands over your Abba (father’s) shroud.

Meanwhile, his ignorant murderers are leaping for joy, no doubt distributing sweets in their streets. Indeed, it has been reported in the Israeli news that the cowardly ‘piece of garbage’ (as your strong, wonderful daughter Tamar put it in her eulogy), is being praised and rewarded with NIS 1400 per month, in accordance with the Palestinian Authority’s practice of ‘pay for slay’. He who didn’t even have the gall to face his opponent and is a reflection of what and who we’re really up against-an ideology that will always embrace death over life. An enemy, an Amalekite who creeps up from behind to stab savagely, who hides behind women and children to maximise casualties. The terrorist’s opulent family home is being demolished by the IDF as a deterrent to others, but, I ask,  is that really a deterrent when it could be easily rebuilt, bigger and better than before through using those funds? That scum will probably eventually be freed in a prisoner deal, welcomed back to his family home with open arms. While Tamar’s precious Abba never will get the chance to have one more Shabbat in his beloved community which he held so dear.

On behalf of all the millions of people whose hearts and souls you touched, Baruch Dayen Emet. Honestly, it’s hard for me to say these words, while trying to fathom the age old question why something like this should happen to one of the best people I’ve ever known. Trying to fathom why this was inscribed on Yom Kippur this time last year and now entering the day with a renewed sense of meaning.

A rabbi is meant to be a true leader of the people in all senses and Rabbi Ari Fuld, you will forever be my leader and inspiration.

Pray for us all this Yom Kippur, you’re undoubtedly in a special place close to G-d.

LISTEN to this week’s episode of the Jewish Views podcast: