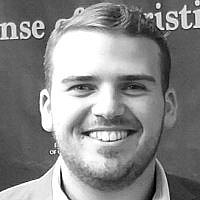 The Blogs
Cameron Cushner
Apply for a Blog
Advertisement
Please note that the posts on The Blogs are contributed by third parties. The opinions, facts and any media content in them are presented solely by the authors, and neither The Times of Israel nor its partners assume any responsibility for them. Please contact us in case of abuse. In case of abuse,
Report this post. 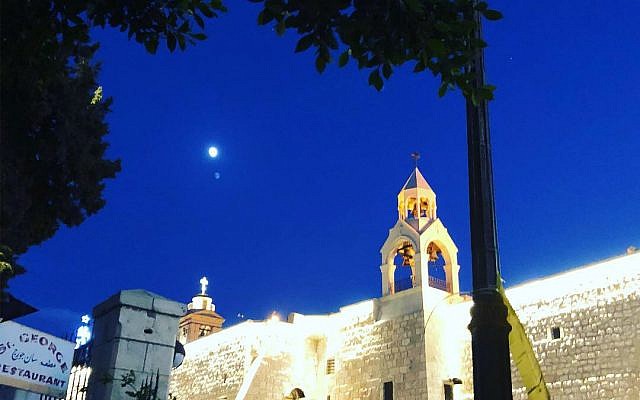 Please don’t forget about our Palestinian Christian brothers and sisters during your delegation’s visit to Palestine.

Your planned visit to Palestine seeks to highlight the injustices of the Israeli Military Occupation in Palestine. It would constitute an additional injustice if you didn’t take time with your delegation to learn about the history and plight of our Palestinian Christian brothers and sisters, who have gone from making up a large portion of the Palestinian population to representing less than two percent of the population today.

While Palestinians of all faiths have suffered under the Occupation, Palestinian Christians are taking a double hit. The Israeli occupation restricts their movement,  their freedom to access their holy sites, and their economic opportunities. While the Palestinian Authority often preaches messages of tolerance and unity as Palestinians, Palestinian society, in general, is not inclusive of Palestinian Christians. And Christians in the Gaza Strip have it worst of all. In addition to an Israeli blockade keeping a myriad of supplies and everyday items out of the Strip, the de facto Hamas government brings Christians in Gaza back to the days they are systematically persecuted for their faith and live as dhimmi or second class citizens.

Just this weekend I was in Bethlehem for Christmastime festivities and witnessed several instances of Palestinian Muslims antagonizing local Christians. There were Muslim youths physically and verbally harassing Christian woman. They would yell slurs, notably nasrani, at Christians enjoying the tree lighting ceremony. The next day during the Christmas market, an event well attended by the local Christian population, Muslim youth ran around Manger Square disrupting the businesses and damaging the kiosks. The disruptions got to the point that police had to get involved and restrain some of the youths. While the police did step in this time, Palestinian Christians have very little trust in the Palestinian justice system as complaints filed by Christians against those who commit crimes against them very rarely get investigated. And that was just this past weekend. Christian churches and schools are common targets for vandalism following a displeasing statement or action from a Christian or Western figure. This was the case in 2006 following such a statement from Pope Benedict XVI when six churches were attacked across the Gaza Strip and the West Bank.

The situation for Palestinian Christians is even worse in the Gaza Strip. When Hamas took over the Gaza Strip half of the Christian population of Gaza fled. Hamas operates a political Islamist system where Christians are second class citizens. This deals a heavy blow in the territory where unemployment hovers around 70%. A Priest who’s in charge of one of the few remaining Parrish churches in Gaza reports that one of the first questions that come up in a job interview in Gaza is “are you Muslim?”. Muslims get preference for hiring for the few jobs that exist in Gaza leaving virtually all of the 1200 Christians remaining in Gaza living on donations that come to the church from Christian charities.

The combination of persecution, antagonism, and negative pressure from Palestinian society and severe economic restrictions and restrictions on the freedoms of Palestinians by the Israeli Occupation have led most of the native Christians of Palestine to emigrate. If the situation continues as it has, there will be no more Christians in the West Bank and Gaza within the next 20 years. It will mean the end of a religious group that has lived in these places since the time of Christ.

About the Author
Cameron Cushner grew up between Charleston, South Carolina, and Westchester, New York until settling in Washington, DC for university. He has a Bachelor's Degree in International Relations from American University. He enjoys working to educate people about Christians in the Middle East and Jewish refugees from Arab Lands.
Related Topics
Related Posts
Comments