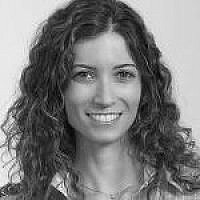 The Blogs
Hagit Genish Gill
Apply for a Blog
Advertisement
Please note that the posts on The Blogs are contributed by third parties. The opinions, facts and any media content in them are presented solely by the authors, and neither The Times of Israel nor its partners assume any responsibility for them. Please contact us in case of abuse. In case of abuse,
Report this post.

Shalom. I do not know your name, or where you live. I do not know what you look like or what your beliefs are. But I promised myself that I would attempt to reach out to you nonetheless. My hope is that perhaps in the middle of this madness you will understand.

Actually, I know you will.

Why, you ask? For we share the strongest common denominator known to mankind. You are a mother. And so am I.

I live in Tel Aviv, Israel. I was born and raised here. Here is where I have built a home and family and here I have given birth to my two daughters.

Before I became a mother I was well prepared by many who said “children are no laughing matter.” I was prepared that where children are concerned, arithmetic is not always as simple as one plus one equals two. I came well prepared for things minute and grand, for the tough moments as well as for those that offer ease and tremendous joy.

But for this I was not prepared.

But most of all, I was ill prepared for the moment where my daughter gazed at me with curious and innocent eyes, to which I have no answers.

How is it even possible to prepare a mother for such a reality?

I am not here to speak with you about politics. I’m not here to tell you about peace, or justice. I am not writing to you as an Israeli, or a Jew or as a social activist. I am reaching out to you as a mother, like you, as I promised myself that I would attempt to find at least one Palestinian mother with whom I can share my fears and feelings, one who is also seeking the light in the end of the tunnel, sanity among the chaos.

I ask myself whether, as a mother, you know that Hamas terrorists are laying bombs right beneath your very house, under the beds in which your children sleep, and treat you and your family as human shields; do you know that these rockets are intended to kill children – just because they are Jewish?

I am curious whether you are aware that in my community, most of my friends long for a day in which we can live peacefully as neighbors.

I wonder if you know that things are hard for us as well; that our children are frightened; that we mothers, too, do not understand how to find a way out of this cycle of bloodshed.

There must be a way, and it must be SO MUCH SIMPLER than this.

If you are aware of all of the above, even in part – then I am sure that you agree that this is not the life that you and I wish for our children.

Just this week my baby girl smiled for the first time. Alongside my excitement I felt a tiny twitch in my stomach. When she grows up and asks how things were here when she was born, what will I tell her?

How can I tell her that she was born into rocket fire and under the threat of blood-thirsty terror? How can I tell her that in her kindergarten and school she is taught about peace, while just a short drive from here innocent children are being taught lessons of incitement against Jews and the Jewish state in their schools?

How can I explain to her that the day after she smiled to the world her first smile, we went down to the shelter and prayed that her smile would continue to show us the way? How would I explain to her that when she was born her mother was a bit scared, but mainly did not understand how people on the other side surrendered to the insane ways of terrorism?

Just a few days ago I watched a clip that Hamas distributed on YouTube in which they sang: “we sanctify death just as Jews sanctify life.”

I wish I knew what you think of this, as a mother.

I am sure that had you and I met randomly on the streets of beautiful Rome or New York, we would easily find so much in common. I can only hope that day will come. In the meantime, we both live in the Middle East, and it is here that we choose to raise our children.

The singer Sting once sang: “I hope the Russians love their children, too.”

I truly believe that if on the other side there are enough mothers that love their children as you and I cherish ours – then peace can prevail; for there is no other way out of this cycle of conflict.

I invite you to write to me, and I promise to listen. I promise to reply, and listen again, as much as it takes, until we find the common ground of sanity. As simple as that, between two mothers.

About the Author
Hagit is a lawyer (LLB) and a graduate of Middle Eastern Studies at the Tel Aviv University, and holds a Masters' degree in Government studies, (specialization in Terrorism Studies) from IDC Herzliya.
Related Topics
Related Posts
Comments