In the recently released film Denial, the gripping true story of Emory University professor Deborah Lipstadt’s years-long ordeal of battling Holocaust denier David Irving’s charge of libel in British court, viewers are not only given a profound meditation on the value of defending objective history and one’s reputation, but also the very nature of truth itself.

Throughout the course of the film, we are challenged to consider why, under the preponderance of evidence, anyone could coherently disabuse the public that events that were so thoroughly documented could be placed under scrutiny, even debated on a substantive level. On the surface, Denial is part biopic, part legal thriller (even though we know the ending). But on a meta-level, this is a film that reflects our times, a film that ponders the relationship between mass media, tabloid spectacle, and, ultimately, the value of truth in a culture that seems to hold it with a certain level of wariness, even disdain.

Indeed, this circumspection is a troubling development, especially as the means of conveyance for news and politics splinters ever further into micro-constituencies. Whose truth are we ultimately going to accept when any non-partial arbiter of truth is now subject to skepticism from every angle? 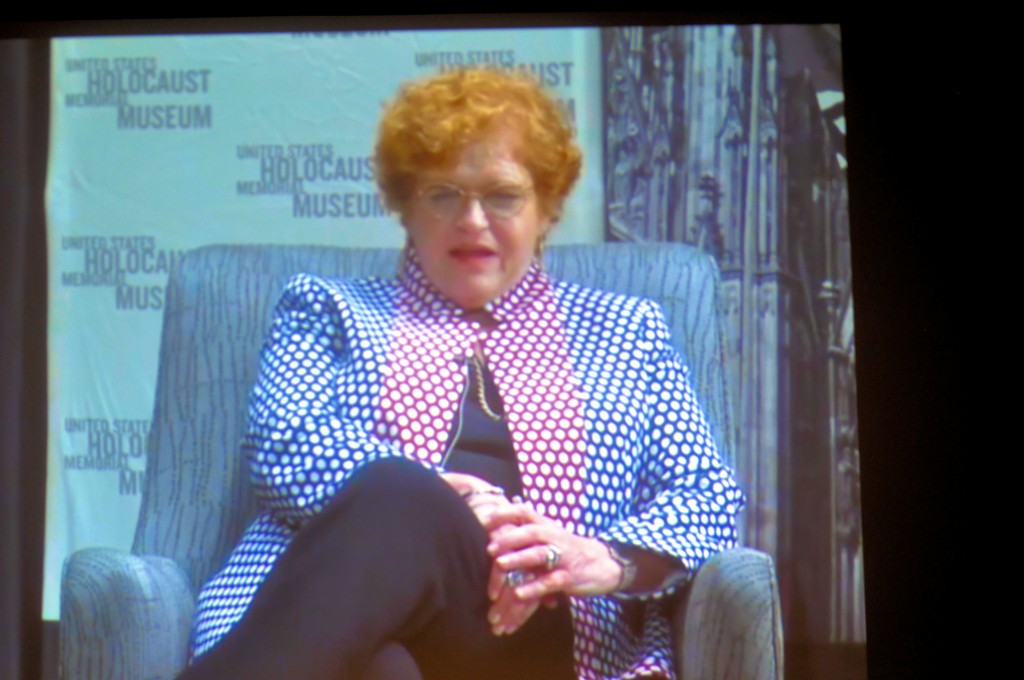 Indeed, going back to the main locus of Denial’s subject matter, Lipstadt wrote a powerful piece in the Atlantic earlier this year, stating that, in her view, “Holocaust denial is alive and well in the highest offices of the United States. It is being spread by those in President Trump’s innermost circle.” She refers to the Trump Administration’s “de-Judaization of the Holocaust” as a form of “softcore Holocaust denial.” (Professor Lipstadt is referring to the troubling statement released by the Administration for International Holocaust Remembrance Day which, consciously, did not contain any mention of anti-Semitism’s role in the Shoah. Likewise, there have been hundreds of anti-Semitic incidents reported this year alone with tepid pushback from the Administration).

The Trump Administration continues to play loose with facts and truth. Every week, seemingly, officials in the highest echelons of our government make claims without evidence. Countless citizens don’t explore the facts, or when presented with facts to the contrary, are loath to accept them, preferring to follow the example of stating the existence of “alternative facts” that present the true side of the story. Anything that goes contrary to statements from the White House is deemed “Fake News.” Has relying on politicians for “truth” uprooted the true desire to understand truth?

There must be accountability for the dissemination of untruth since this is the way that we defend free speech, which includes intent to speak truth as one sees it as compared to propagating what one knows to be a lie. In my doctoral studies on epistemology, we organized how individuals make truth claims in three categories: absolutist, multiplist, and evaluativist.

In this postmodern era where non-truth can be labeled truth and lies are called propaganda sight unseen, the educational work to reinforce the lasting importance of seeking and finding objective truth is vital. Certainly, from the perspective of  Jewish tradition, adamantly pursuing truth is a virtue. The great sages taught: “The seal of the Holy One is truth” (Shabbat 55a; Yoma 69b; Sanhedrin 64a). The prophetic commitment to truth was so high that both Jeremiah and Daniel stopped referring to God as “great” in their prayers because even though they believed it, they did not see God acting in such a way since God hates lies (Yoma 69b).

Consider how Maimonides discussed the legal weight of speaking truth:

A person is forbidden to act in a smooth-tongued and seductive manner. One must not speak [outwardly] one way and think otherwise in their heart. Rather, one’s inner self should be like one’s outer self. What one feels in one’s heart should be the same as the words on one’s lips…

It is forbidden to utter even a single word of deception or fraud. Rather [one should have] only truthful speech, a proper spirit, and a heart pure from all deceit and trickery (Hilchot Deiot 2:6).

The moral obligation, then, is to commit ourselves to unmitigated facts, and challenge anyone who disputes the most basic of elements of reality for short-term gain. When the stability of a functioning society is at stake, we have to be vigilant and proactive. It is a task with prophetic dimensions, but surely one that we should be ready to accept.

Facts cannot be felt. They cannot be imbibed from some ethereal place on high. As John Adams noted many times throughout his storied career: “Facts are stubborn things.” Even when we’d rather hear news that conforms comfortably to our worldview, it is myopic for us to accept the veracity of any pronouncements without ensuring that they are, first and foremost, factually correct. In a society veering towards multiple points of view for elements that have indisputable evidence, climate change or the unemployment rate, for example,  we have to do the hard work and sincerely analyze whether a statement that emanates from the lowest bureaucrat to the President of the United States belongs to the realm of truth. Instead of shaking our heads in outrage or exasperation whenever we hear deception and untruths, we should recommit to our own highest commitment to truth, going out and doing research to disprove forcefully the lies claimed by others. As Lipstadt says so elegantly: Lies cannot go unchallenged.

May we have the moral strength, like Professor Lipstadt, to be the challengers.