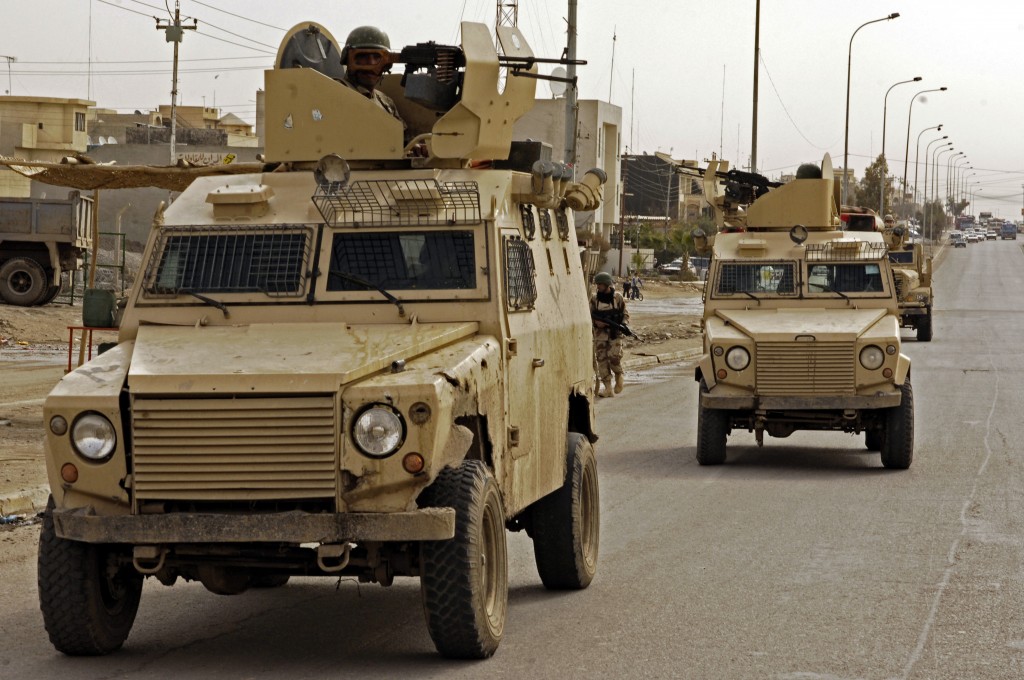 Middle-East is perplexed by a prolonged multi-level war. The first war is a resurfaced version of the otherwise surreptitious and archaic rivalry between the two cold-war poles of power, i.e. the United States and the Russian Federation. The second war is the war between what we may call ‘political Islam’, i.e. the Shia and the Sunnis, under the patronage of Iran and Saudi Arabia respectively. The third war is a local sectarian conflict which also involves Ottoman legacies. Amidst the turbulence of polycentrism, the radical communities often gain ground to consolidate their support, further their territorial ambitions and foster their ideological solidarity in an otherwise naturally prosperous region.

On the 17th day of this month, the Iraqi forces launched a heavy armed offensive against the Islamic State militants to recapture the city of Mosul. Mosul, the second largest city of Iraq, 390 kilometres north of Baghdad is now the de facto capital of Islamic State in Iraq. It is an important transportation hub between Iraq and Syria, having few of the largest oil fields of Iraq and a key pipeline that passes to Turkey. Although a cosmopolitan city with a population of 1.5 million people, Mosul is a heartland for Sunni(s) in a Shia dominated country. Majority of the people are ideologically aligned to Ba’athism which seeks a unified Arab State.

Mosul was seized in June 2014 by the Islamic State terrorists. During the armed invasion, Iraqi forces fled away and left $500 million in the Central Bank of Mosul and a huge chunk of weapons and ammunitions back in the hands of the homicidal terrorists. These monetary and military resources were used by the Islamic State militants to employ new recruits and arm their forces even across the border in Syria. Peshmerga forces led an offensive battle in Mosul in January 2015 but it was allegedly halted by their Western well-wishers.

If the Iraqi forces taste a significant success in rooting out the Islamic State terrorists from Mosul, it would be a decisive blow to the morale of the already dwindling factory of hatred. Now, the Islamic State fighters might not be able to send fighters in Raqqa, the de facto capital of Islamic State in Syria. But there is certainly an apprehension that the fleeing Islamic State fighters might travel towards Raqqa and perhaps even join their co-Sunni fighters in Aleppo, which might increase the trouble for the Russians and the Syrians who are sincerely working to root out the radical forces from the Northeast Syria.

Mosul and Aleppo are situated in the region which was claimed by the Ottoman Empire. The claims have been particularly renewed after the strengthening of the hands of President Erdogan over the Turkish administration post a coup attempt earlier this year. According to Dr Wael Awwad of the Syrian Arab News Agency, Erdogan is having neo-Ottoman ambitions. The Kurdistan Democratic Party also sees the city of Mosul and Kirkuk as a door of treasure towards serving the administrative and future bargaining needs of the inevitable Kurdistan State. The oil fields of Mosul are the chief attractions in the multi-actor fight in the region.

There are many Shia Popular Mobilization Units (PMUs) operating in the region, allegedly having links with the Iranians. Iranians are apprehensive of the fact that if Iraq is to be balkanized, the northern territories must not be compromised with the administration of Sunni leaders. The United States is also apprehensive of the influence of Iran in the region and the prospects of Iranian dominance in the region may jeopardise the gains that it has made in the form of oil contracts and two permanent military bases in Iraq.

But a significant question that has sprung up at this hour is regarding the future administration of the colossal city of Mosul (in case it gets liberated). The Baghdad Government, guided by the Shiite clergy of Najaf and Karbala might face legitimacy crisis in the region due to Sunni dominance. If the administration is handed over to the PDK, then it may invite stiff resistance from the Turkish brigade already being stationed in the north of Mosul. A huge number of stakeholders claiming power to the city are unsympathetic to the vent left open by the power vacuum that the liberation of Mosul might induce in the near future.

Reports regarding Mosul suggest that it may meet a similar fate to that of Fallujah and Tikrit. But the gloominess attached to the UN Security Council Resolution (2254) seeing the dawn of the day remains unclear. The gradual unfolding of the dynamics that are clouding the city of Mosul would definitely impact the next struggle of peace against outright hatred hiding under the garb of religion.