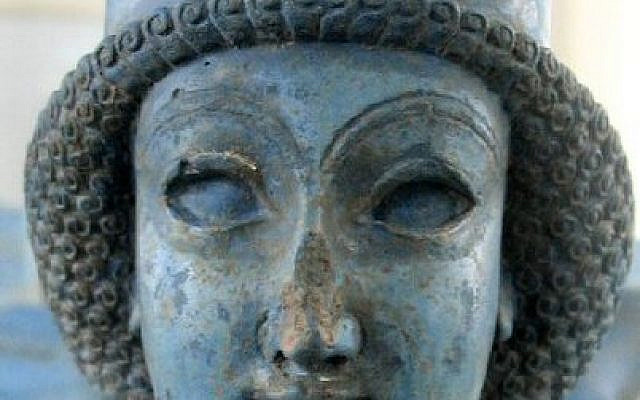 You can learn just about anything by reading the book of Esther, it seems. I once learned an important lesson in marketing (or was it self-promotion…?). The first time I presented a paper at Cambridge University’s Old Testament Faculty Seminar, the audience was sparse. I understood that, as a youngish, female, Jewish graduate student in a group dominated by older, Christian males, I had to try harder. Next time, I dispensed with the idea of a ‘scholarly’ title and called my paper: ‘Impotence, Omnipotence and the Woman’s Lot in Esther.’ I guess I caught their attention; it was standing room only.

On that same occasion, I learned that people can be listening to you even when you think they aren’t. In those days, Professor John Emerton z”l, the seriously intimidating Regius Professor of Hebrew, had a regular spot in the front row. Pretty much regardless of who was speaking, he fell asleep — head bowed, eyes closed, snoring lightly (and sometimes not so lightly). The moment the speaker finished, Professor Emerton would jolt up, blink his eyes a little behind his very thick lenses, and asked a penetrating question. For years, I assumed that he managed to stay awake for just long enough to catch a weakness in the paper being read. But I was wrong. Professor Emerton’s question to me was: Why didn’t you mention Zeresh? You have to be confident that you’ve heard every word to ask a question like that.

Years later, Professor Emerton and his wife Dr Norma Emerton came to Shabbat dinner; Norma was on a university committee with my late husband, Peter z”l. To my great surprise, she outdid her husband in formidability. At some point during the meal, she said — loudly, in front of many guests — Oh John, I don’t know why you bother to go to all these lectures and seminars; you just fall asleep! I thought of Zeresh and told my story. From the expression on Professor Emerton’s face, I think he felt vindicated.

Zeresh was the source of the most important lesson I learned from giving that paper on Esther. I intended to show how readers through the centuries have minimized Esther’s role and glorified Mordecai’s, even while acknowledging that they worked as a team. And yet I did exactly what I was complaining about when I failed to acknowledge Zeresh’s contribution to her husband’s hatred of the Jews. How hard it is not to marginalize anyone!

So now I’m going to speak about Vashti — not because I want to avoid marginalizing women, and not even because Vashti is a positive role model for some women, but because I see Vashti as the key to a Jerusalem-centric reading of the megillah that’s an important alternative to the diaspora-focused interpretations we hear a lot about.

King Ahasuerus seems to love Vashti; he misses her when she’s gone. But when he commands her presence, plausibly in the nude, as the Rabbis suggested, he’s thinking only of her looks. At that moment his beautiful wife is just one more manifestation of his huge wealth and … power — lest anyone should forget. Sound familiar?

Ahasuerus’s advisors understood that Vashti was dangerous. Her refusal to display her beauty on demand damaged the king’s reputation, and they feared that she might become a role model for other women. They advised the king to send her away, and he complied. It is now that we see just how weak Ahasuerus is. Even though he himself banished Vashti, he can’t bring her back. Just like everyone else, he’s subject to his own decrees. Traditional commentators are inclined to see Vashti as the warm-up act for Esther; her story comes merely to explain how Esther arrived in Shushan’s royal palace. I prefer to read Vashti’s story as a prologue to the rest of the megillah. Just as Shakespeare’s prologues often reveal the overall themes of the plays they preface, so Vashti’s story displays the megillah’s preoccupation: exile.

Once Ahasuerus had been persuaded that Vashti banishment must be final, the stage was set for Esther. But before Esther can make her entry, we have to meet her cousin Mordecai. The verse that reports how Mordecai came to be in Shushan mentions the Hebrew term golah, exile, no fewer than four times:

He [Kish, Mordecai’s great-grandfather] had been exiled from Jerusalem with the group of exiles that was carried into exile along with King Jeconiah of Judah, which had been driven into exile by Nebuchanezzar of Babylon (Esther 2:6).

And lest we miss the point, this verse and the one preceding it are traditionally chanted in the tune reserved for the scroll of Eicha, Lamentations, at Tisha B’Av, when Jews mourn the destruction of the Temple.

There’s a sense in which the two terms ‘exile’ and ‘diaspora’ are like ‘plants’ and ‘weeds’. The main difference is one of perspective. For many commentators, the megillah is a manual for survival in diaspora. Yet the negative light it casts on the events that brought Mordecai to Shushan call into question the desirability of long-term absence from the land — exile.

This cautious perspective on diaspora is reinforced when Esther is introduced and we learn that she has another name, Hadassah. From Egypt onwards, changing names is associated with threatened identity and assimilation. Pharaoh changes Joseph’s name. Nebuchadnezzar’s chief officer changes the names of Daniel and his three friends: Hananiah Shadrach, Mishael Meshech, and Azariah Abed-nego (at least it generated a GREAT song!). It’s not good news that Esther didn’t use her Jewish name.

Joseph manages to resist the pull of Egypt when he resists the advances of Potiphar’s wife. Daniel survives the fiery furnace, elsewhere a symbol of exile. But Esther assimilates all the way; she enters the king’s harem. To be sure, this positioned her to save her people, but it’s hardly a viable model for the future.

The source of the megillah’s strongest hint about its perspective on Jews living in Persia is not, however, Esther, but Vashti. The book of Ezekiel (chapter 23) tells an allegory about two sisters, Oholah (Samaria) and Oholibah (Jerusalem). When foreign dignitaries come to town — “Assyrians, governors, prefects, warriors, gorgeously clad”, Babylonians, Chaldeans and Egyptians — the sisters make themselves up to the hilt, dress provocatively, flaunt themselves, and seduce them. The scene is strikingly reminiscent of Ahasuerus’s banquet. But whereas Ahasuerus is angry with Vashti for refusing to flaunt herself in front of his guests, God is angry with Oholah and Oholibah for doing precisely what Ahasuerus wanted.

The lewd behaviour of Oholah and Oholibah prompted God to wipe out harlotry from the land so that other women will not behave as the two sisters did. Given that Oholah and Oholibah are explicitly allegorical figures, this anxiety about real life copy-cat fornication seems out of place. It does, however, resonate with the decree that Ahasuerus issued preventing other women from imitating Vashti and disobeying their husbands.

In Ezekiel 24, Nebuchadnezzar lays siege to Jerusalem — the exile has begun. Unlike Vashti, however, who is banished from court, replaced by another woman, and never heard from again, Oholibah / Jerusalem was not replaced and did not accept her fate as permanent. Unlike Vashti, she can repent. Unlike Ahasuerus, God can change His mind, end the exile and bring her back. Marc Chagall, The Capture of Jerusalem (1956)

The halakha of megillah reading obliges every Jewish man and woman to hear it. But the megillah’s crucial important audience, I think, is God. Don’t be like Ahasuerus, the opening chapter seems to cry. Don’t banish your beloved Jerusalem forever for doing no more than human kings demand of their consorts. Don’t be a victim of your anger, as Ahasuerus was of his. You are God, you can revoke your decrees. Don’t force your people to dedicate their determination and intelligence to mere survival in exile. Give them a chance — another chance — to devote themselves instead to building a just society in their own land.

About the Author
Before I moved to Israel in 2011, I was a Fellow of Newnham College, Cambridge (1997-2006), and a Reader in Hebrew Bible and Jewish Studies at King's College London (2007-2011). In Israel, I've taught Bible at Hebrew University's International School and, currently, in the Department of Biblical Studies at Tel Aviv University. I give a weekly parsha shiur at Beit Moses home for the elderly in Jerusalem. I serve on the Boards of Jerusalem Culture Unlimited (JCU) and Hassadna Jerusalem Music Conservatory. I'm the very proud mother of Jacob and Jonah, and I live in Jerusalem with my husband Chaim. My last book was 'From Forbidden Fruit to Milk and Honey: A Commentary on Food in the Torah'; proceeds go to Leket, Israel's national food bank. My next book will be on the Bible and the climate crisis.
Comments