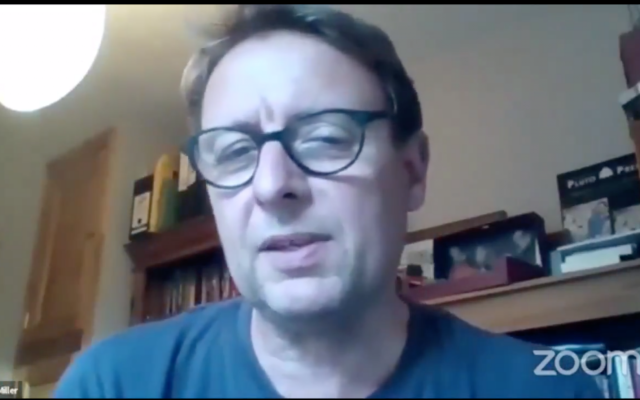 When the news broke late last week that Bristol University had fired professor David Miller, I have to admit I was shocked. Shocked because, given Bristol’s behaviour over the past several months, I never really believed the university would actually get rid of him.

Miller, should anyone have been living under a stone over the past two years, lectured in sociology at Bristol and appeared to enjoy himself, blaming young Jews for the actions of the state of Israel, causing students to feel “unsafe and unprotected” on campus.

It’s a long time since I was a student and I can’t imagine what it must have been like to feel so unsafe in Miller’s lectures because of the way he characterised Jewish students through a series of conspiracy theories. Jewish students, claimed Miller, were agents of a malign foreign power – namely Israel. He deplored interfaith contact between Jews and Muslims, including, curiously, the joint making of chicken soup, as a “Trojan horse” for Zionism.

Just think, for a moment, what it could have been like to be 18 years old and to hear that coming out of the mouth of your professor.

The truly puzzling thing about Bristol University’s statement confirming Miller’s firing is that there is absolutely no mention of his antisemitic comments – which were clearly in play and which was surely a legitimate reason to sack him.

Instead, Bristol took refuge in a series of mealy-mouthed phrases, which were at pains to underline that, following the opinion of a top QC, who had “considered the important issue of academic freedom of expression, Miller’s utterances were “not unlawful”.

In that case, why was Bristol firing him? The disciplinary hearing, according to the statement, “found professor Miller did not meet the standards of behaviour we expect from our staff and the university has concluded that professor Miller’s employment should be terminated with immediate effect”.

Again, more obfuscating rhubarb. Miller’s behaviour had been attacked by hundreds of academics and the smokescreen of “freedom of speech” was absolutely not the issue. Bristol, when it had nowhere to go in defence of Miller, briefly suspended him while its investigation took place, and then within a month, to the horror of Jewish students, he was back on campus, teaching.

For months, the university refused to answer bona fide journalistic inquiries as to the pace of the investigation, or respond to questions about why Miller was  being allowed to teach while the investigation was ongoing.

It seemed that the investigation would run on and on in the hope the Jewish community would abandon efforts to make Bristol accountable for Miller’s continued employment. But in August, Campaign Against Antisemitism decided to threaten legal action. It accused Bristol University of unlawful behaviour on the basis of Jewish ethnicity and Judaism, contrary to the Equality Act 2010 and in breaches of contract.

Bristol’s climbdown may have been because the university had run out of road. And it ought to be noted, should we celebrate prematurely, that Miller – as made clear in Bristol’s own statement about his firing – has the right of “internal appeal”. He has already said he is the victim of an attacking Israel lobby and intends to fight his dismissal all the way.

I can’t help but wonder about this sordid episode. Miller was not fired because of criticism of Israel, as the BBC suggested. He was fired, surely, because he brought the university into disrepute. Anyone who had said parallel things to, or about, Muslim students, would have been dispatched so fast we could have followed their trajectory like a firework on Bonfire Night.

Did Bristol really think that because it was Jews, that what Miller said didn’t matter? Answers, as they say, on a postcard.